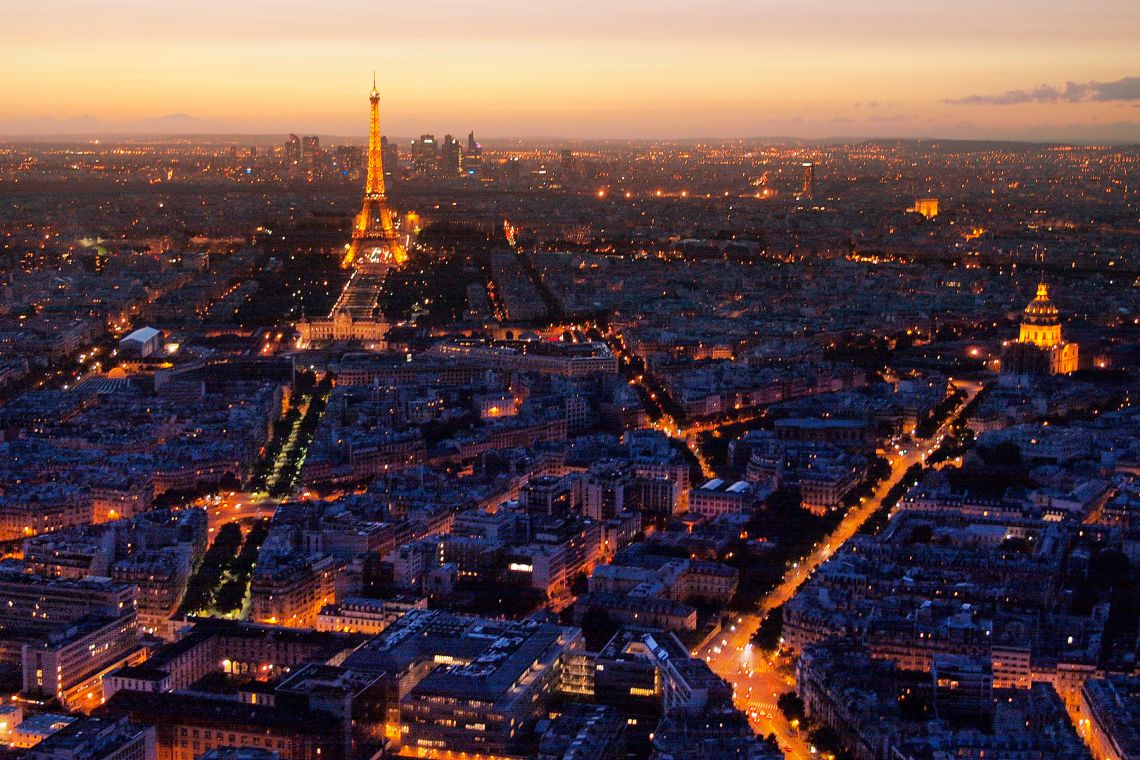 What’s Paris in August like? I happened to be in Paris in August, it wasn’t planned – a mere artefact of badly planned layover. Generally, I avoid traveling in Europe in the months of July and August. This is when Europeans themselves go on vacation so a lot of local places are closed. At the same time, it’s also the busiest tourist time. You’ll end up seeing a lot of other tourists, with no locals in sight. But I’d never been to Paris before, so I thought… well, why not? I’d give Paris in August a chance.

Paris didn’t impress me at first. Not until much later.

On my first night in Paris, I arrived late. I’ve been so used to using credit card everywhere (I was in Reykjavik for 2 days – 1 night and didn’t see any single Icelandic kroner) I didn’t exchange any money or get any cash at the airport. Too late I discovered that the tram ticket machine didn’t take American credit cards.

Nobody knew where the nearest ATM was. I had to resort to begging. BEGGING, for bus money. It was utterly embarrassing. I’m just so happy it was nighttime nobody could see my face. A group of students bought me a ticket I needed to get to my hostel in Paris.

I arrived close to midnight. I was hungry having had anything to eat for 9 hours but everything was closed. My first meal in Paris was 2 overripe peaches from the free shelf at the hostel.

My trip to Paris, the city light, didn’t get off to a good start.

Also I missed the memo that Paris in August is crazy weather wise. It rained in Paris. Every. Single. Day. Except on the last day. And here I am with my shorts and sandals.

Paris didn’t quite live up to the paris I have in mind. Then again, Paris in my imagination has Ewan McGregor singing love songs from the balcony of Moulin Rouge in Montmartre so granted, so it’s a hard one to live up to.
(Completely useless trivia: Moulin Rouge is one of my favorite movies. Ever. I saw it at least 5 times in the theatre.)

It’s just… Paris is grayer than I imagined. 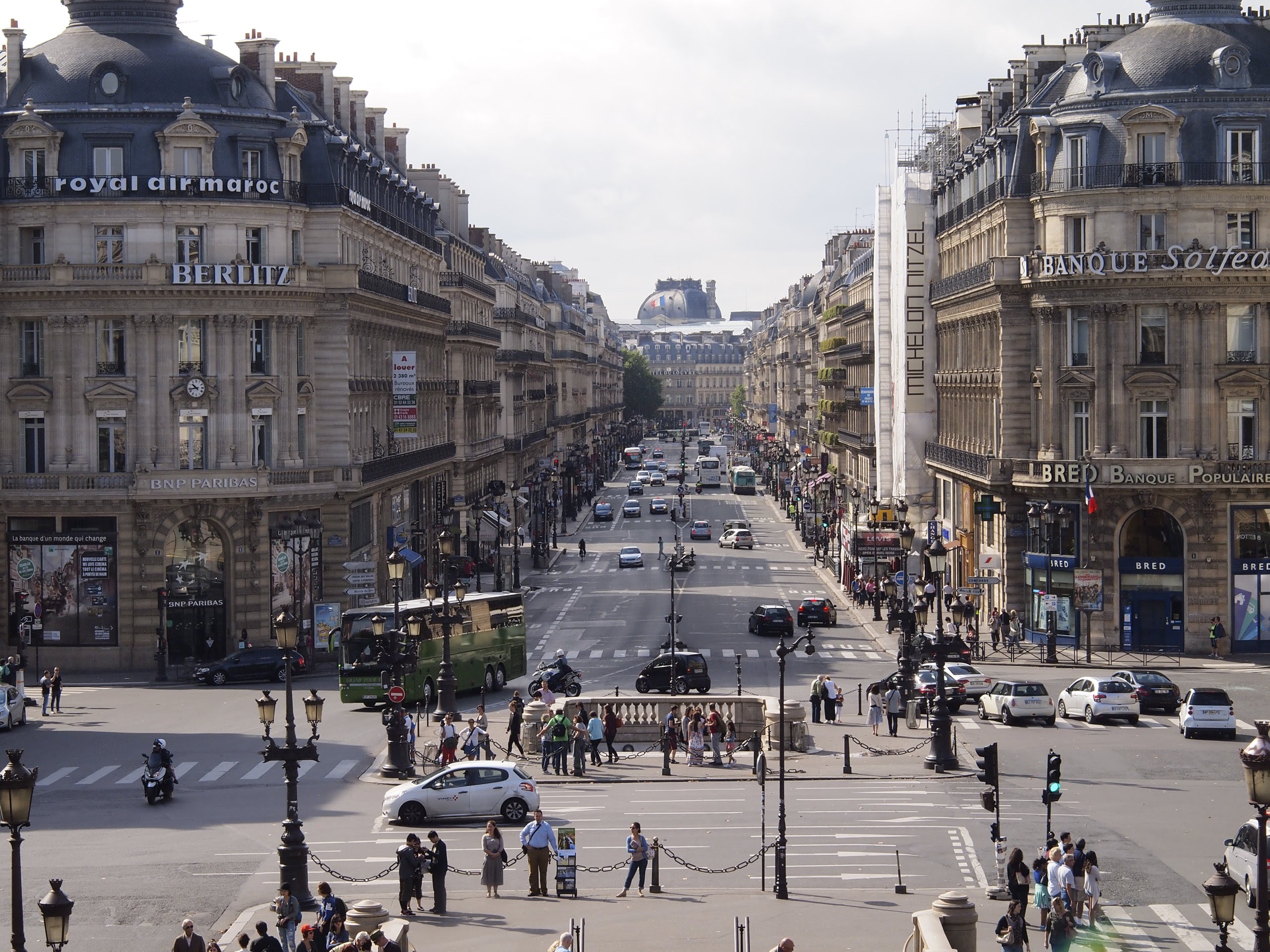 But it makes little colorful corners like this just that extra special. 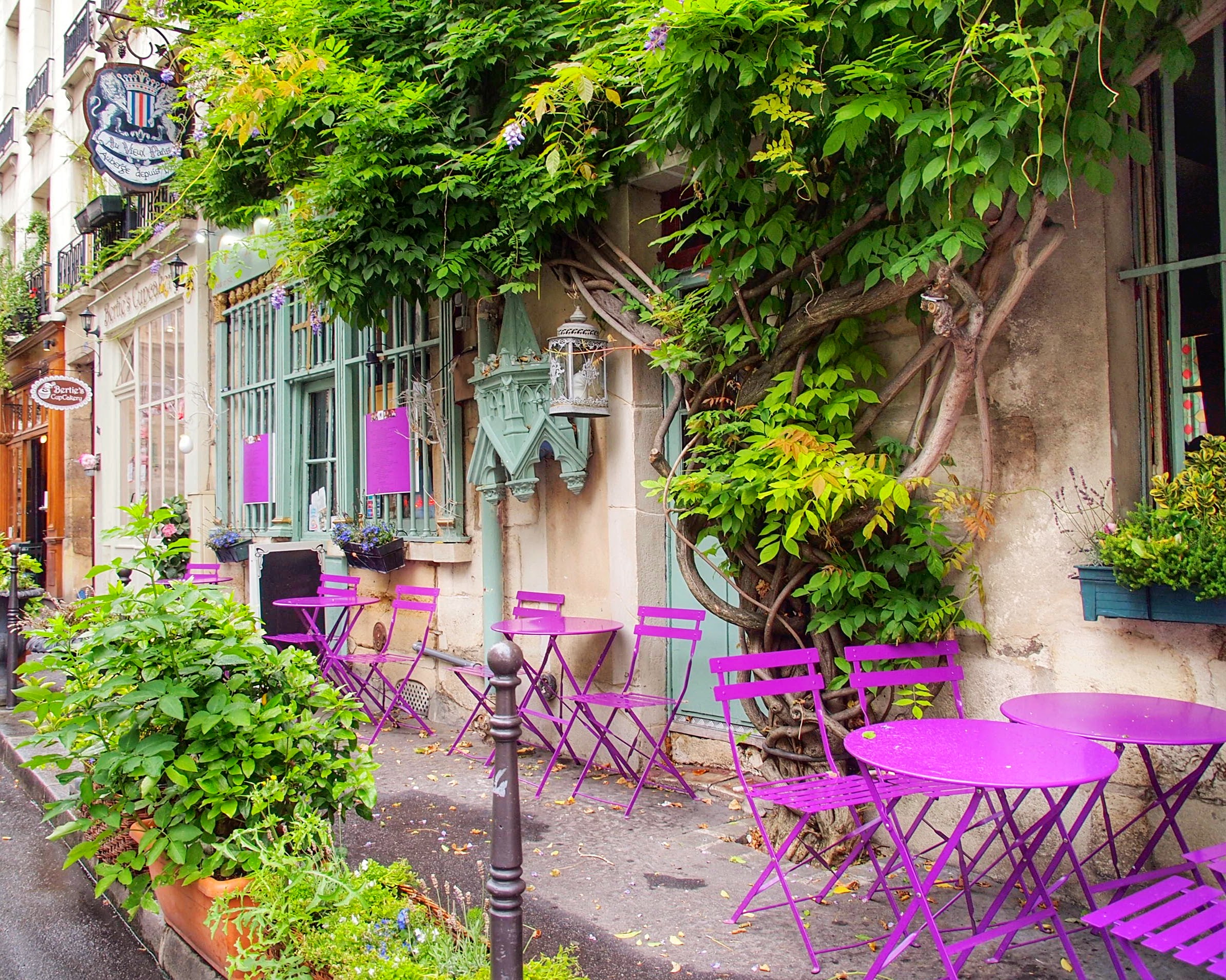 But Paris at night is so utterly gorgeous. I think my first night out in Paris was when I started to warm up to the city. It’s truly a spectacle. I thought I could hear Ewan McGregor singing in a distance.

The best view of Paris is from the top of Montparnasse Tower. The best part? It also has no line, unlike the Arche de Triomphe. 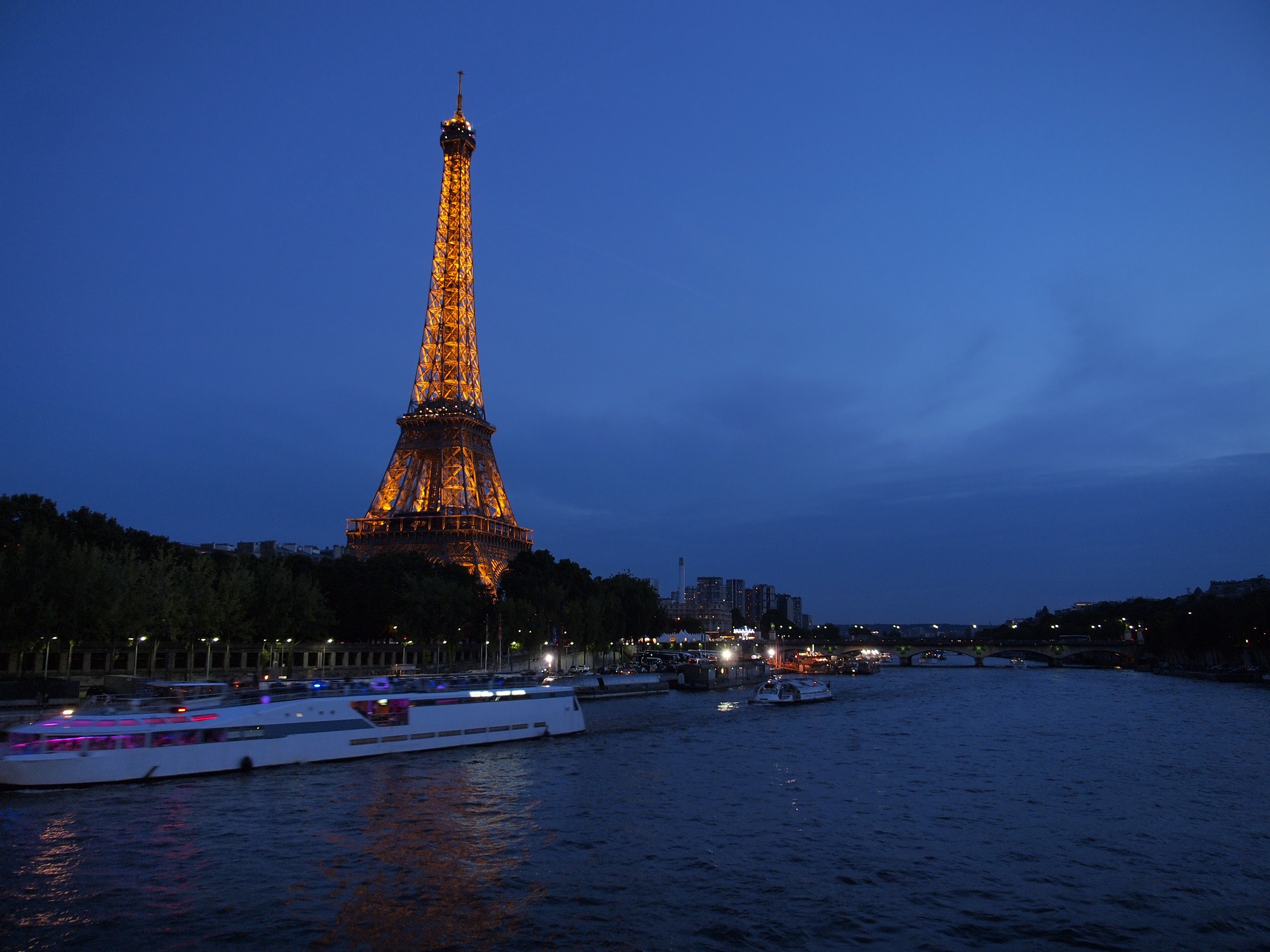 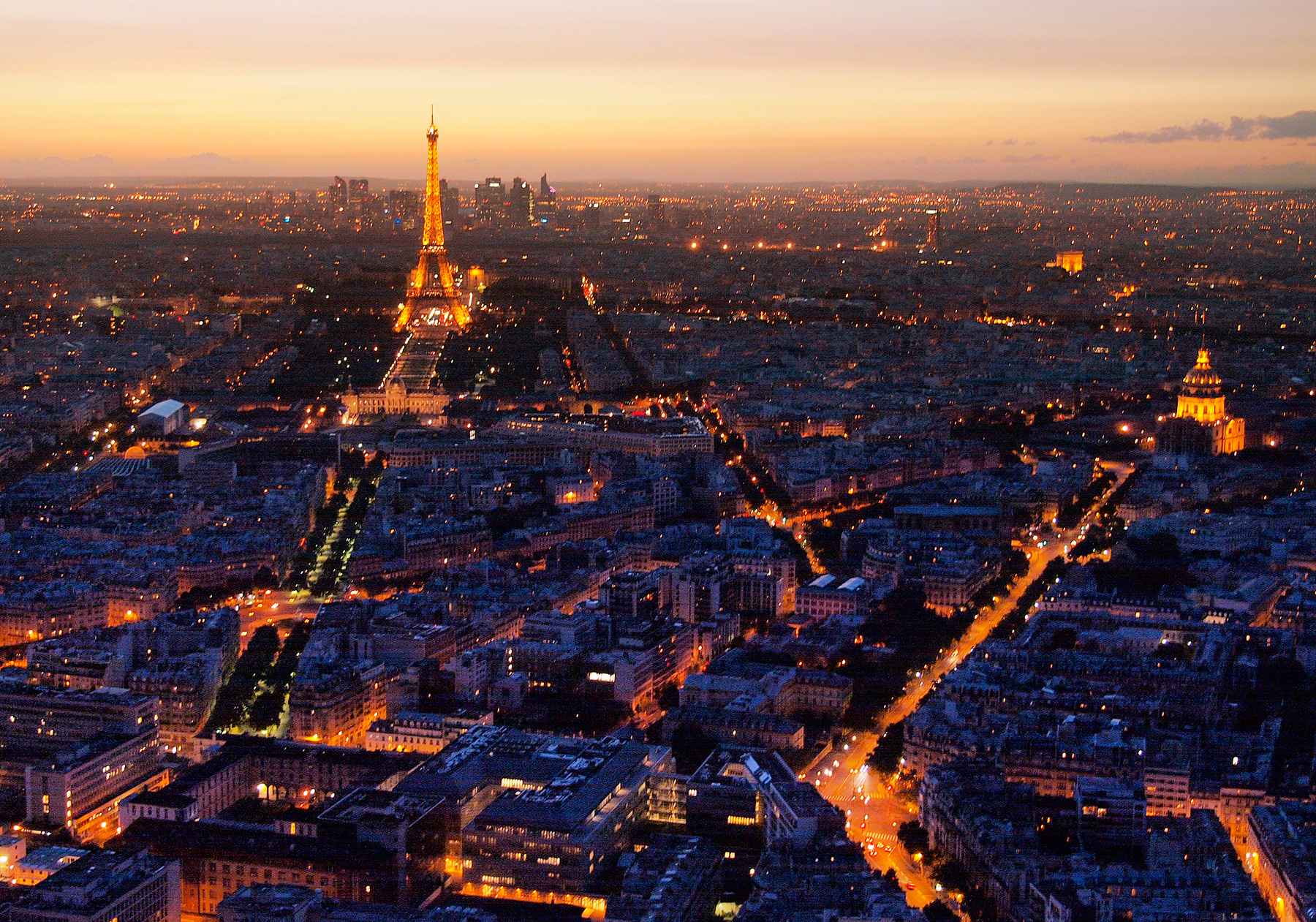 I Didn’t Wait in Line

I wonder if I were the only person who came to Paris and didn’t go to the the Louvre, Musee d’Orsay, the Catacombs, etc. The lines were too insane – we’re talking hours here. I remember waiting in line for Uffizi in Florence, Italy. 10 years later, I don’t remember what I saw at the Uffizi, but I still remember the line.

I was not keen to make the same mistakes. I was flabbergasted when people waited in line for 3 hours for a bowl ramen at a Ramen Festival last month in San Francisco. 3 HOURS. For noodles. Consider my mind blown.

So no, I didn’t see Monalisa or the skulls in Catacombs. But that’s ok. I thought Paris, the no-waiting-in-line version, has enough to keep me busy. Like the free Jardin de Luxembourg, probably my favorite spot in the city. Saint-Germain-des-Prés, Montmartre, and Le Marais were lovely neighborhoods to stroll around and get lost in.

I couldn’t help but humming the theme song from Ratatouille when exploring the narrow cobblestoned alleys, going from one Paris’ landmarks after another. I love that song and doesn’t matter how rainy or grey Paris happened to be, the song always managed to cheer me up and put the spring back to my steps.

Even though I believe walking is the best way to get to know a city, Paris included, it’s worth investing some time understanding Paris’ convoluted public transportation system. Between the Metro, the train, and the bus – it’s easy to go from one point to another in Paris (Tip: Get the 3 Day Pass, it’s so worth it). 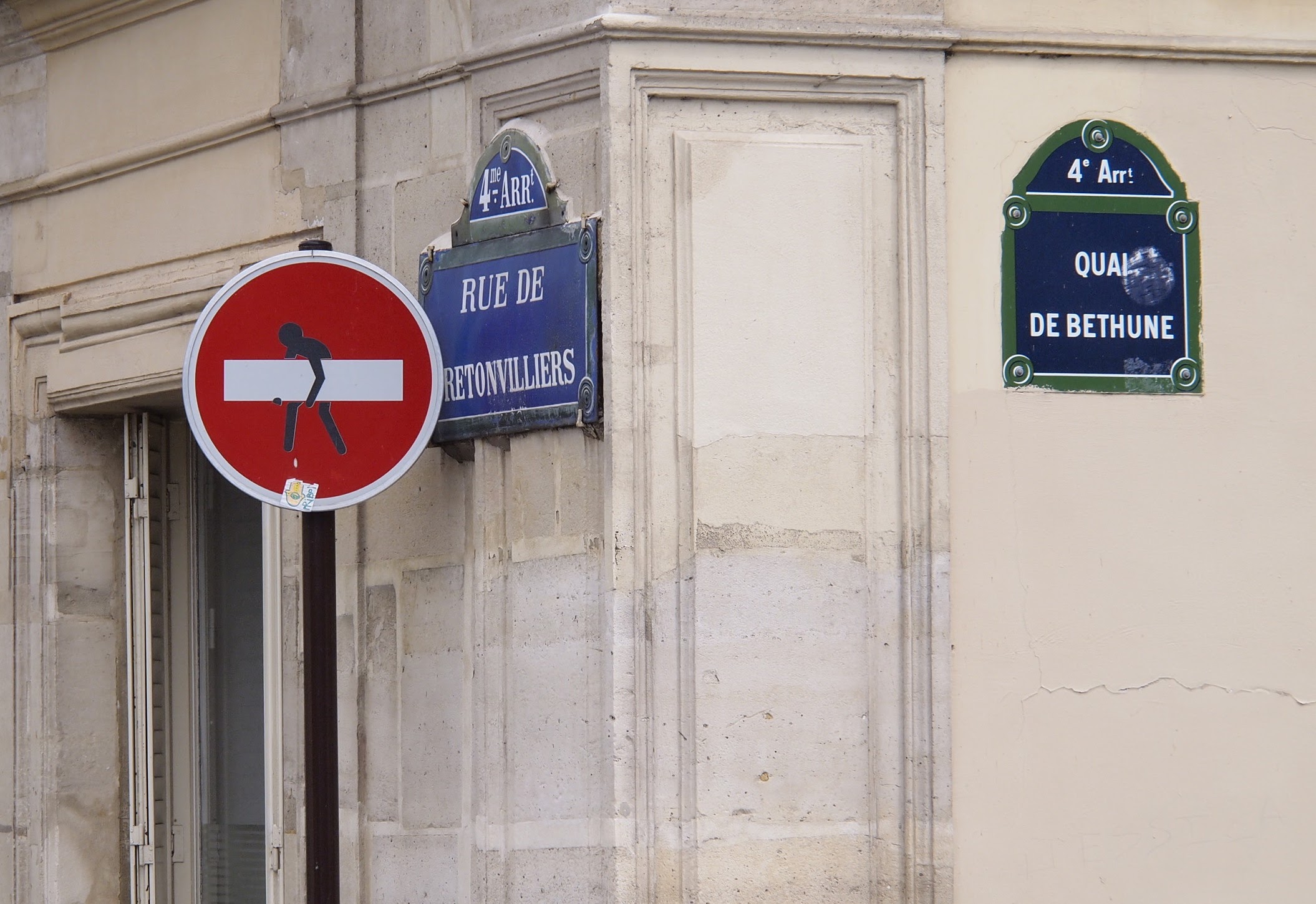 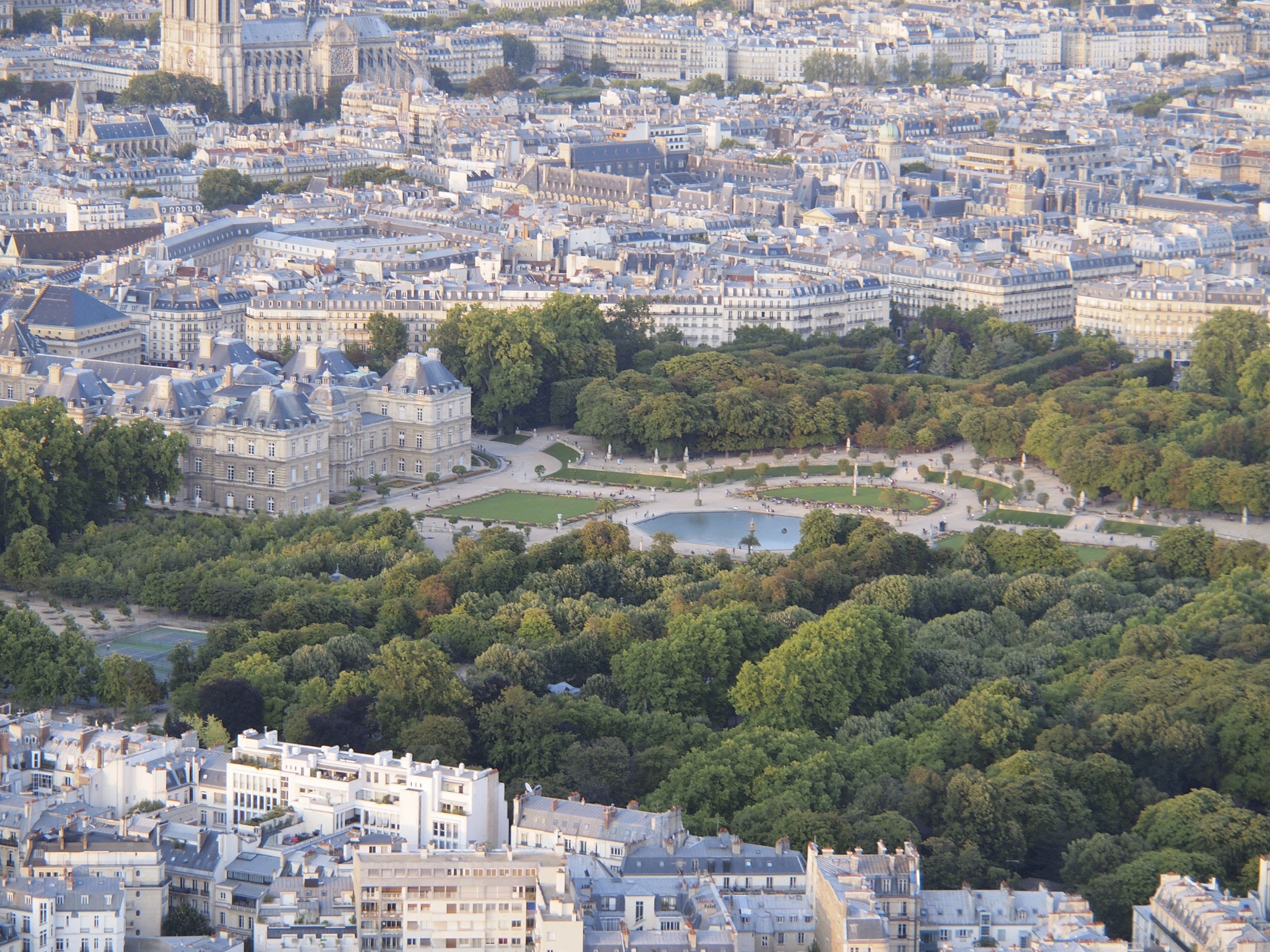 Unlike the stereotype, all the Parisians I met were friendly and helpful, waiting patiently while I butcher their beautiful language. One memorable moment was when a waiter took my order in French, patiently correcting my pronunciation, only to say, “Would that be all, Madame?” in perfect American English having lived in New York for a number of years. It can be overwhelming to think how old Paris is. Like REAL old. Like Marie Antoinette-met-the-guillotine old. THAT Marie Antoinette. It’s like my college textbook came alive in Paris. It’s all quite surreal when I stop to think about it.

Traveling to Paris in August can have other type surreal moments.

August is when most Europeans go on vacations, including Parisians. That means in parts of Paris, all the shops would be closed, their owners away on a beach somewhere.

But the streets would be thronged by tourists – hundreds of them peering into closed up storefronts, cameras around their necks like zombies in post-apocalyptic world. No single Parisian in sight. Surreal.

So if you like Paris without the Parisians, come in August.

In a way I feel like I haven’t seen the real Paris. I’d love to come back in a different month, a different season. Hopefully with less rain, more Parisians, and see if/how my notes afterwards will be any different.

RELATED: How much does one week in Paris cost?