Spain is one of the few countries I can see myself going back to again and again. I just love the culture and the food. But what really got my heart going about Spain lies in the north – the part of Spain that nobody talks about. The mountains here is amazing and the pintxo culture of the Basque country is something that really should be more adopted worldwide.

Barcelona is fun. Granada and Seville are very pretty. Valencia’s pride in their paella is deserved. But I do hope that you make time to visit the north as well: to Bilbao, to Los Picos, and the Pyrenees. They will steal your heart.

Los Picos National Park is located the regions of Asturias, Cantabria and León in Northern Spain – it’s often overshadowed by Spain’s more popular regions. Which is unfortunate since I believe that this part of Spain is so special, especially the scenery.

One of the best ways to enjoy the best of Los Picos National Park is to hike the Cares Gorge trail. The trail follows an old maintenance road carved into a limestone cliff high above a river. The river canyon is almost a mile deep in some spots and so narrow in others it looks like you can jump across it.

For the best food in Spain? Come to the Basque country. While in Basque country… do what they do and go on a pintxo (“pintcho”) crawl. I had a helluva time going from one bar to another, eating these delicately created bites, and drinking delicious – and cheap, so cheap – red wine. 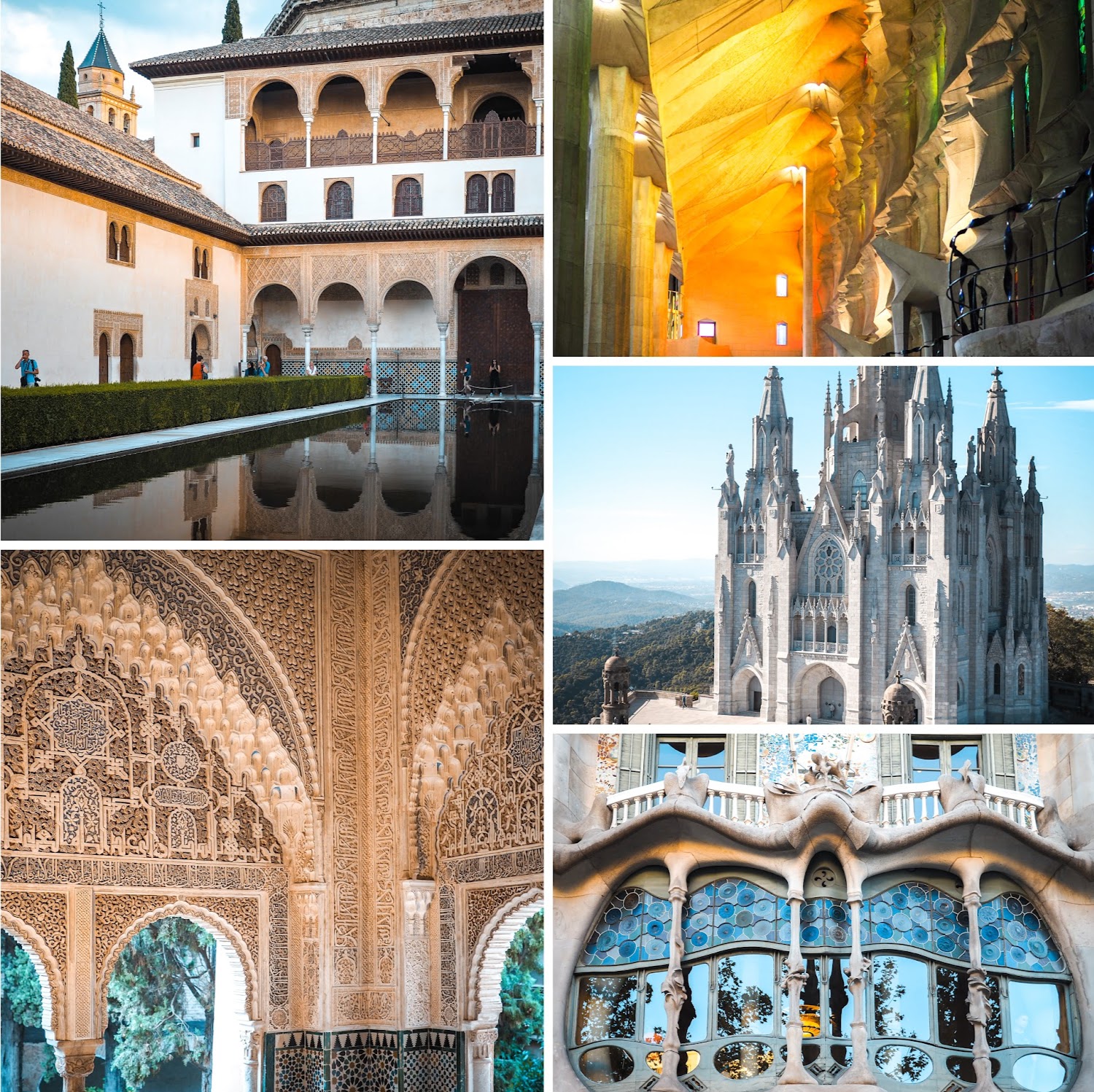 Granada needs to be on your classic Spain itinerary. Join a food tour to learn what Granada culinary is all about and of course you can’t miss the Alhambra – a palace/fortress known for its intricate Moorish carvings and architecture. Get your ticket in advance. Dedicate one night for a flamenco experience in a natural cave in Sacramonte neighborhood.

From the breathtaking La Sangrada Familia – Gaudi’s yet-to-be-completed masterpiece – to ever crowded Las Ramblas, Barcelona is can’t-miss Spain experience. My personal highlight of Barcelona is a hidden gem called Mount Tibidabo with its little amusement park and the Gothic church of Sagrat Cor (see picture above).

Spain has mountains. Incredible mountains. Head towards the Pyrenees – the natural border between Spain and France – for breathtaking limestone cliffs, valleys, and waterfalls. Our favorite hiking trail in this park is called Faja de Las Flores in Ordesa y Mount Perdido National Park. The trail takes you 1000m above the valley floor. It provides an incredible exposure and expansive view of Ordesa Valley. 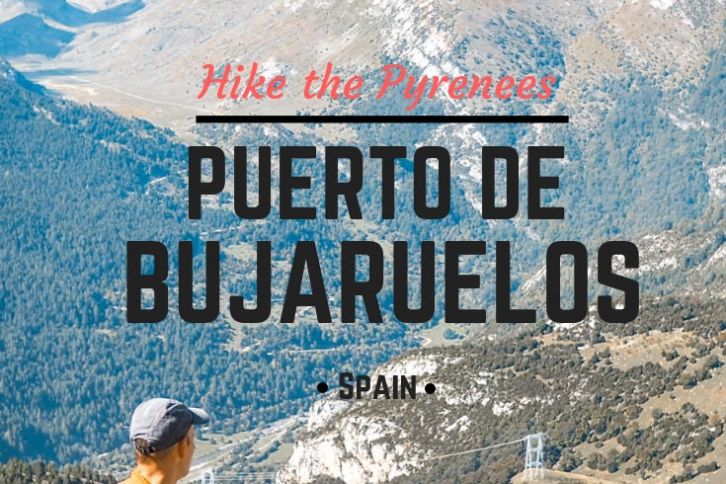 Puerto Bujaruelo (known as Port de Boucharo in French) is a mountain pass on France-Spain border. The path across this mountain pass has been in use since the Roman time, so that’s kind of cool. We chose this particular gate for the novelty of being able to say “We walked all the way to France!” 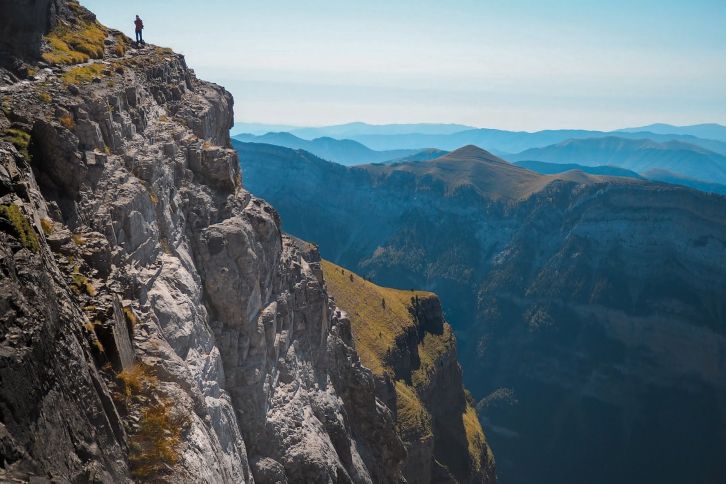 The spectacular Faja de Las Flores is one of the Pyrenees’ best hiking trails and yet one that sees few hikers. It’s long and it’s highly exposed. But the scenery? Whoa. It belongs in our Top 10 Hiking experiences for sure. 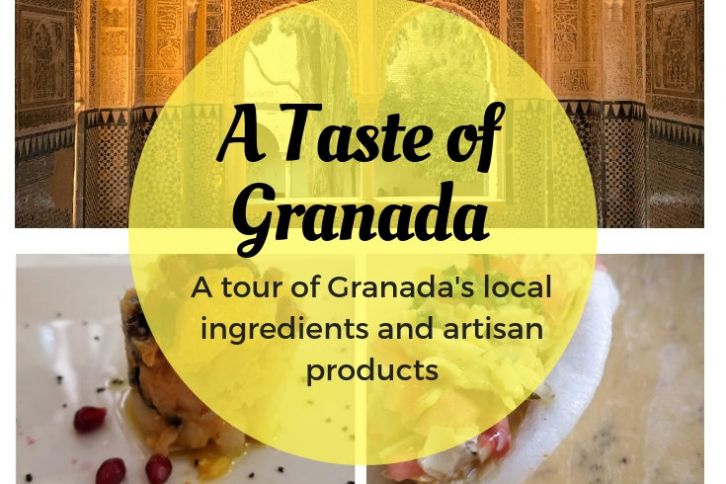 Spain Food Sherpas was one of the highlights of our time in Granada. Our Granada food tour sherpa took us to one of the oldest shops in Spain, a sampling of award-winning tapas, a sampling of a variety of Spain’s Iberan ham, and lunch at a local restaurant that looked as if it hadn’t changed since the early 1970s. 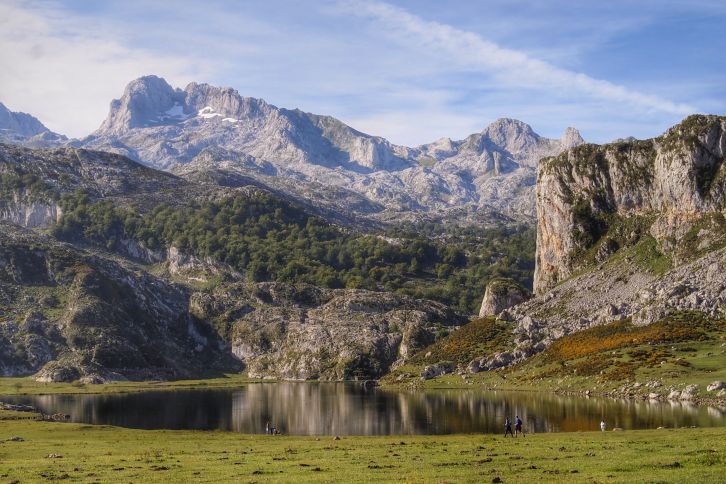 I’m convinced that Los Picos is a gem of Spain that any self-professed outdoor lovers should not miss. 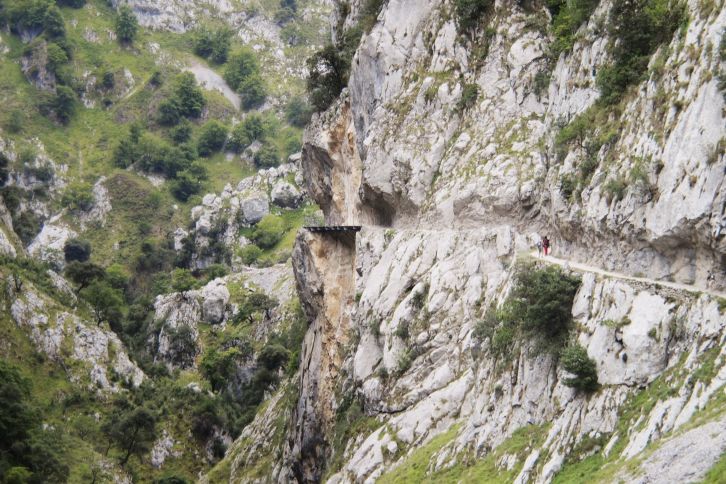 I’ve been back for about a week and I still can’t stop blabbing about Los Picos and the Cares Gorge. It’s surprising how little known this national park is in the States, even among my hiker friends.

Even if you’re only remotely into hiking, the Cares Gorge (and Los Picos) is truly spectacular and is worth a trip if you ever find yourself in Northern Spain. 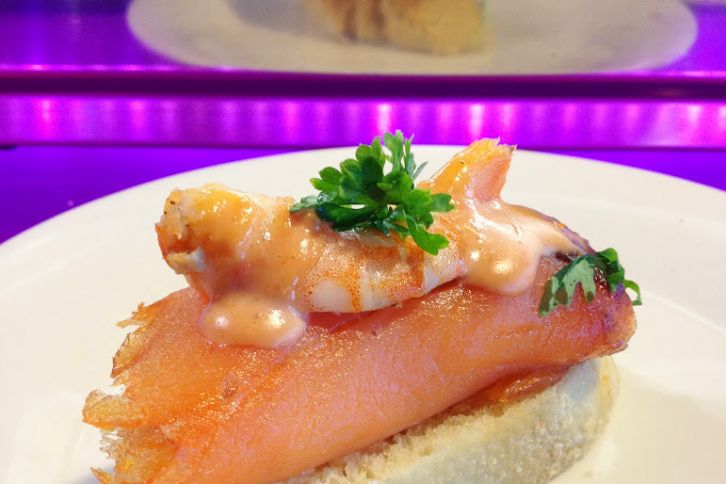 What to Do in Bilbao: Stuff Your Face with Pintxos

Armed with my Kindle, I decided to go on my own txikiteo. I was hesitant at first because it seemed like such a lonely thing to go on a solo bar crawl. But honestly, after the first glass of wine, I didn’t even care. The tip is to find just the right bar.