I found myself looking at my options of what to do with a free afternoon in Reykjavik. As I miscalculated my itinerary and ended up with only got half a day, which was a bummer. I was looking forward to seeing Landmannalaugar, but that trip requires an early start.

So here were the options I was faced with:
Option #1 – I could take it easy and recover from jet lag before taking off to Paris the next day.
Option #2 – Jet lag? What jet lag? Stop being a wuss and get on an afternoon tour of the Golden Circle. So what if you just spent 15 hours on a trans-atlantic flight.

When I first started researching Iceland, I thought the Golden Circle was the ring road that circles the whole island. Naturally I was flabbergasted. Wow – it only takes 4 hours to drive the whole of Iceland? It is a lot smaller than I thought.

Turned out that Golden Circle is well, a much tinier circle than the ring road. It’s the marketing name for a route that takes you through places around Reykjavik in a convenient afternoon.

I’d like to think of the Golden Circle as a sampler of what Iceland has to offer. Unfortunately, because I’m not as immune to jet lag as I used to be, I saw the whole tour through a jet-lagged goggle, drooling against the window between stops.

Despite that, I finished the tour thinking that:

1. I just ADORE Icelandic accent. Especially that of Yonna’s, our tour guide.
2. Iceland is weird. If Hawaii and Alaska had a baby, it would be tiny Iceland.

Iceland has both very hot and very cold elements. It’s volcanic: it steams, sputters, and bubbles. It sits on top of the meeting of two tectonic plates, the consequence of which is the rift valley that can be seen in Þingvellir National Park. Some of these rifts are filled with ridiculously clear water (and super cold). But it also has glaciers and ice caves. It has cold summer (hey, just like San Francicso – maybe thats why it felt like home). It has tundras and grass fields that’s commonly found in northern parts of the world. No big trees here.

Here’s the common Iceland landscape often seen through our window on the Golden Circle. 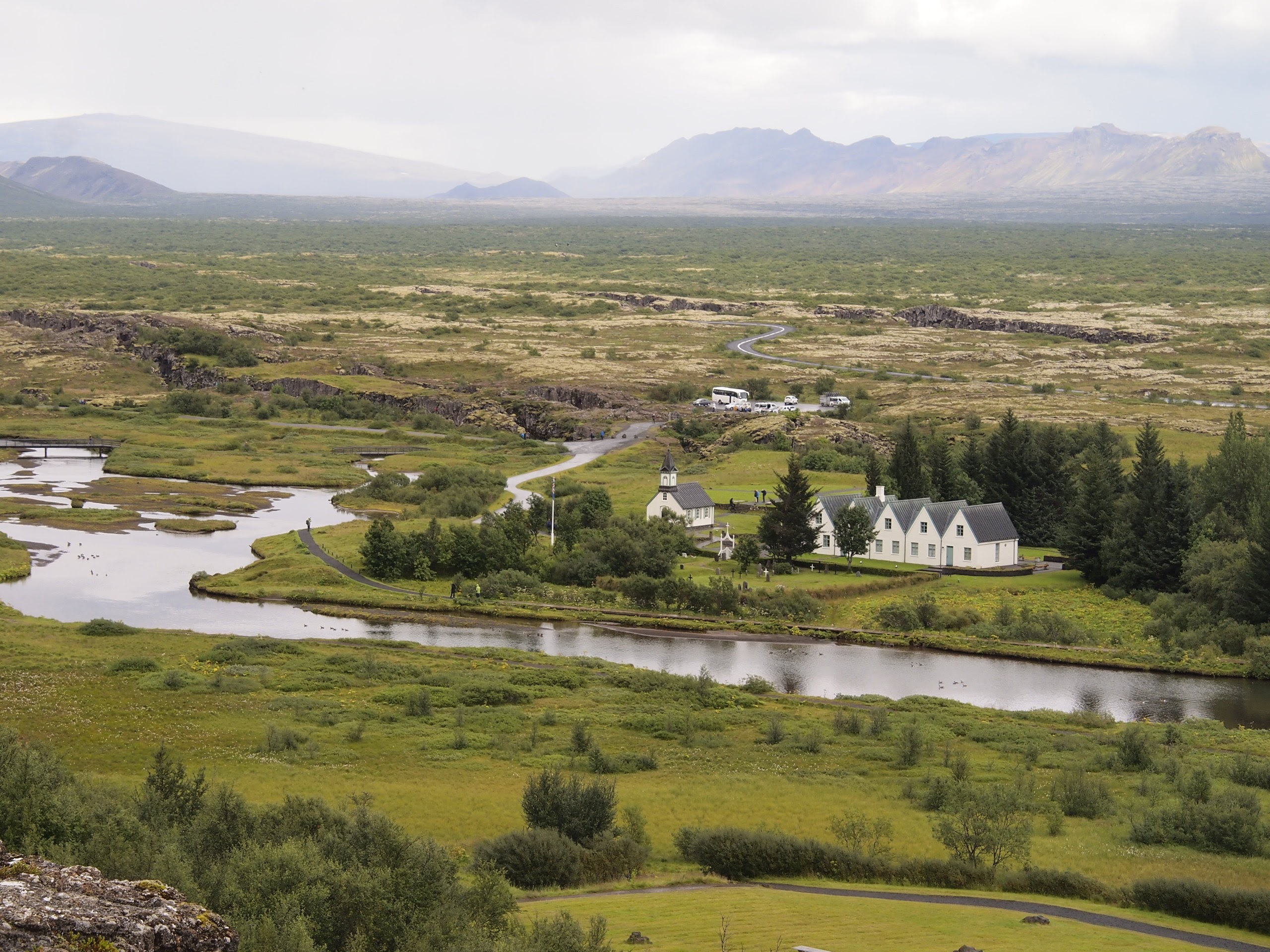 It has mountains and beaches and lakes. 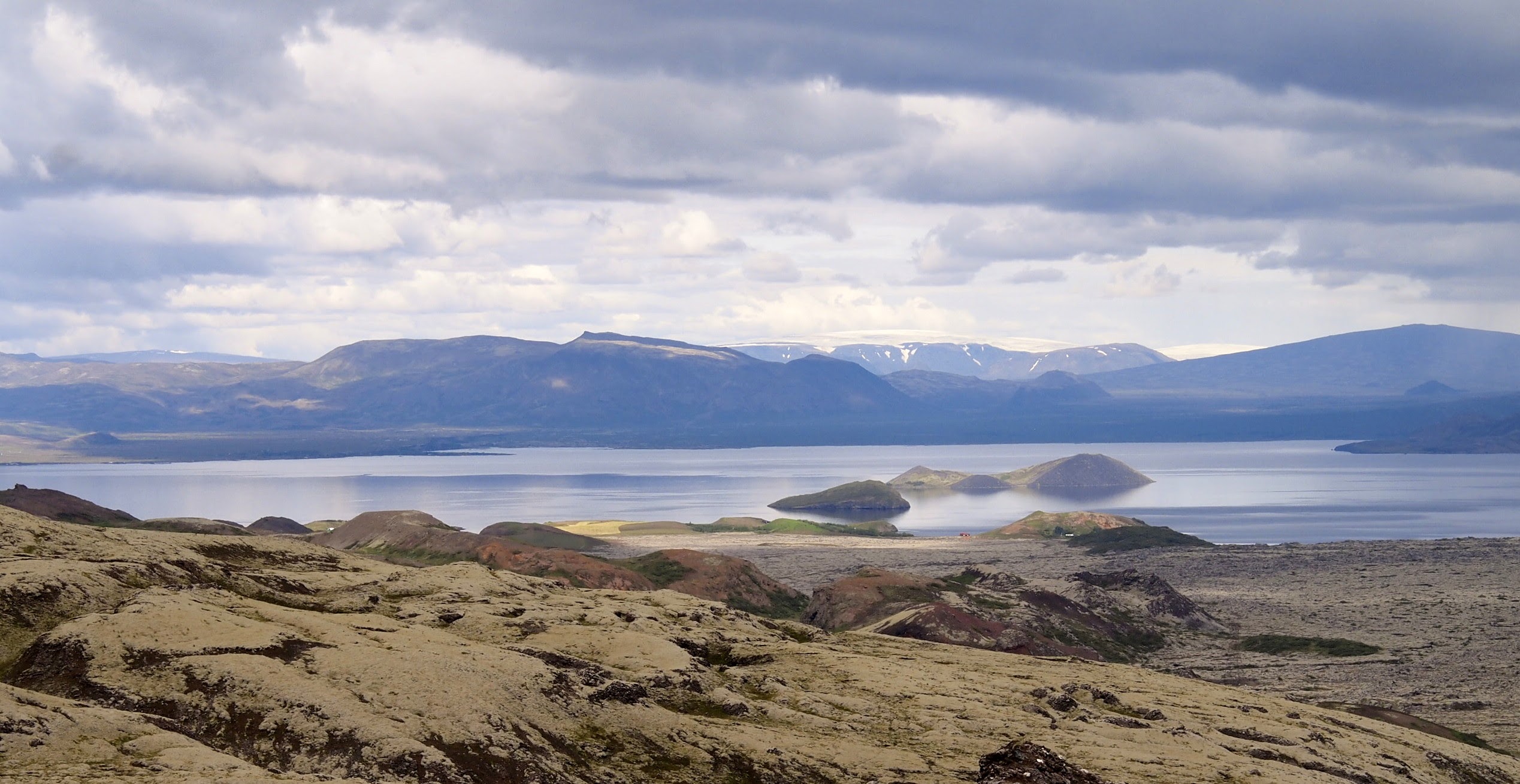 It has geysirs. Strokkur Geysir graces us with its presence every 5-10 minutes. And it has waterfalls – Gulfoss Even though I dozed on and off throughout the trip, I managed to capture some trivia tidbits about this country on the 66th parallel.

Here are 2 facts about Iceland of very different nature that I admired so much:

Anyway, the afternoon passed in a pattern of: stop to gawk at some sceneries, get back on the bus, me falling asleep, repeat.

On our way home home in the middle of one of these narratives, I noticed that Yonna’s melodious, sing-songy voice that I loved so much has gotten deep, and well, not quite as melodious. Yonna – what’s wrong? I craned my neck to see up front and was surprised to see that Yonna has transformed into a middle aged balding guy. And what do you know – my van has warped into a much bigger one. What the heck happened?

Apparently on our last stop, those who were heading towards some hostels were moved onto a different, bigger van, complete with a different driver to speed up the drop off process. An experience that completely escaped my addled brain.

Naturally I wondered, OMG – WHAT ELSE DID I MISS?

Lesson learned: jet lag does funny things to you.

I’ll be spending the next month in mainland Europe, before coming back for a 8 day road trip around Iceland.

The Golden Circle was just an itty bitty taste of what Iceland has to offer and based of what I’ve seen, I have a feeling I’m going to love the rest. 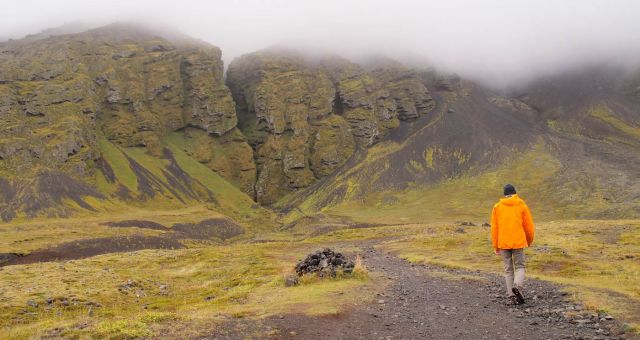 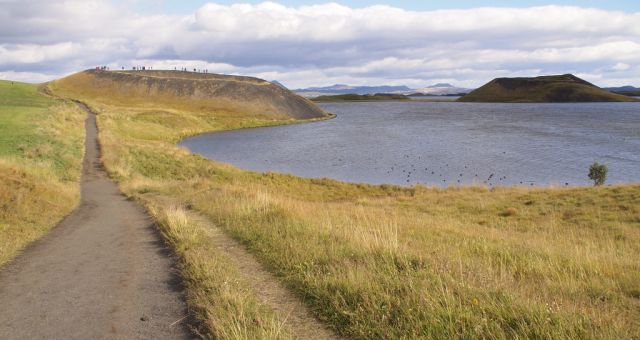