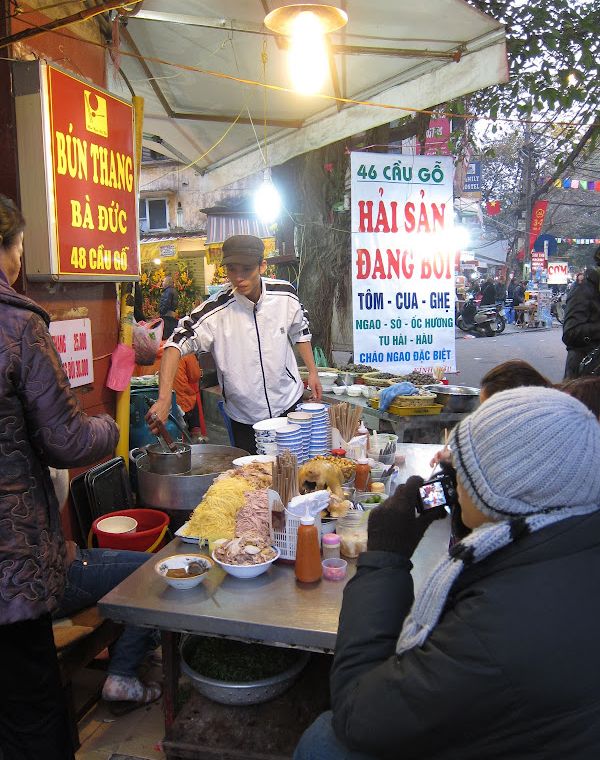 Vietnamese food ranks pretty up there among my favorite ethnic food. But eating out in Vietnam, and just pretty much like a lot of things in Vietnam for us, turned out to be an adventurous affair. Especially if you’re a picky eater like me.

With the combination of Vietnamese tonal language (which makes it bloody hard to learn even the simplest phrase) and lack of English among Vietnamese, it’s wise to hone up your miming (and drawing) skills before hitting the sidewalk for food. 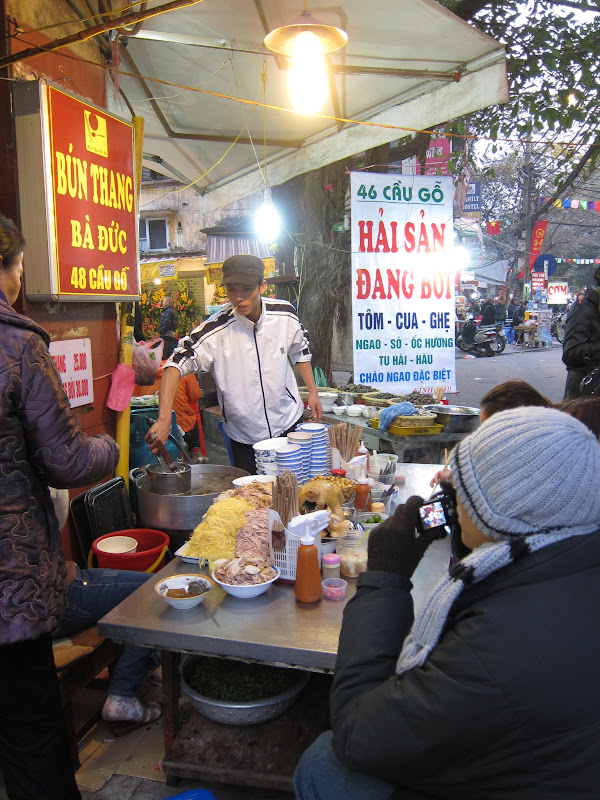 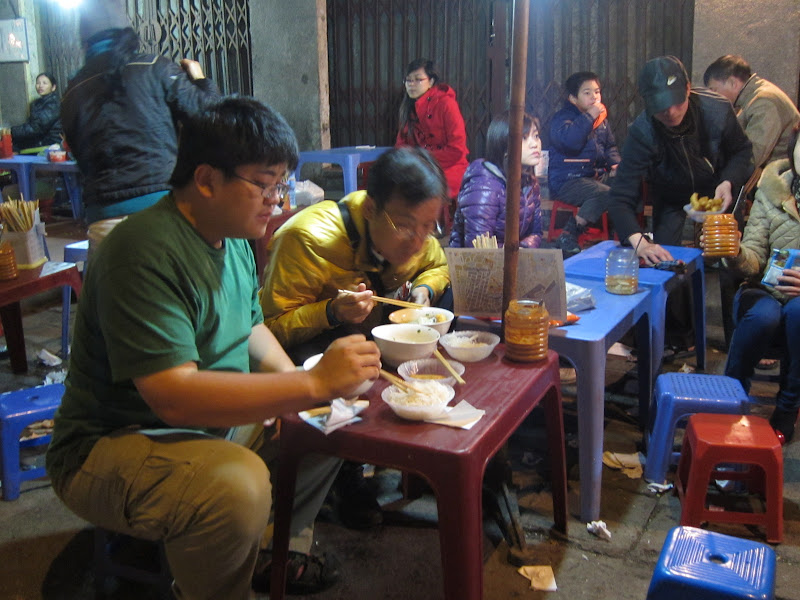 Food was everywhere on the streets of Vietnam. Everywhere in the morning you see people sitting on little stools slurping on a bowl of noodle to the point that you couldn’t tell whether it was a small street eatery, or just a family enjoying a bowl of noodle together for breakfast on their doorstep.

So you go there and you’ve made sure you learned the word for a bowl of chicken noodle soup which was ‘pho ga’ – and what you want to ask was of course ‘Can I get a bowl of soup, please?’ But the way they look at you afterwards sometimes makes you wander if you’ve just asked to borrow the underwear they’re wearing.

And of course it’s a lot trickier if what you’re actually trying to say was ‘Does it have chicken in it? I’m a vegetarian. Maybe you can make it without meat?’

(Yeah, good luck with that.)

Regardless, even though street food proved to be a challenge for me, we still managed to eat our way up the coast of Vietnam – from Saigon in the South to Hanoi in the North.

Which goes to show how finding good food in Vietnam, is really not that big of a problem after all.

Pho – the national food of Vietnam. A brothy bowl of rice noodle served with bean sprouts, basil and lime. Add a dash of plum sauce and spicy Sriracha sauce for full effect. Chicken and beef are the most common. The vegetarian version can be found in bigger chains such as Pho 24 and FYI, Pho 2000 in Saigon that serves the best vegetarian pho I’ve ever had. Bánh mì – if Pho is the national food, Banh Mi should be the national snack. Stands selling these Vietnamese sandwiches can be found on a lot of street corners. The meat version can be filled with liver pate, meat, canned sardines, stringy pork floss, etc. The vegetarian version comes with fried egg and cheese – eaten with a dash of homemade mayo, pickled carrot, and cilantro – all wrapped in crunchy and airy French baguette. SO GOOD! And for less than $1, it’s definitely our snack of choice. 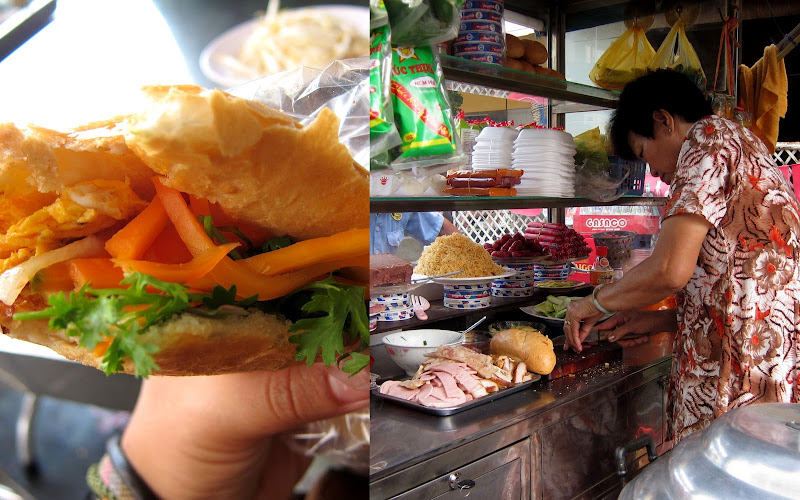 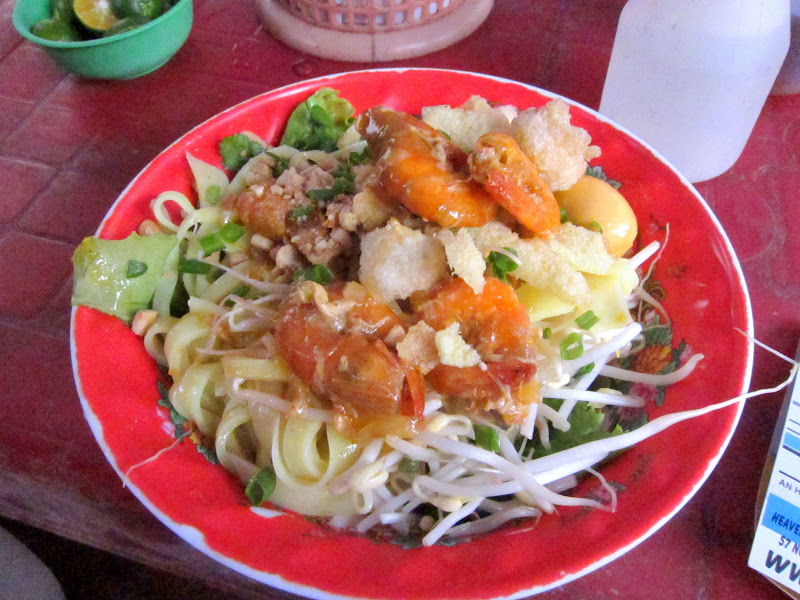 Banh Bao Vac, or White Rose – a type of shrimp dumpling wrapped in a translucent skin, also a Hoi An region specialty. Qualities vary so much, but we found that we like those with flavorful broth, extra crunchy fried onions, and thinner, less doughy skin. 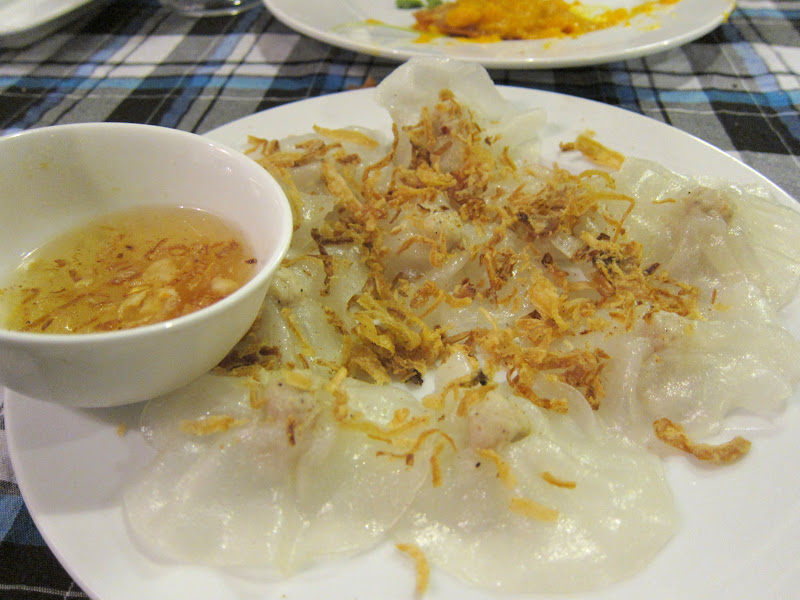 Cao Lao – Apparently real Cao Lao can only be found in Hoi An because real Cao Lao noodle can only be made from the water from a well in Hoi An. Well, I’m not sure if any of the Cao Lao we ate in Hoi An was the real Cao Lao, but they were all good (at least that’s what my brother said): thick chewy noodle, pork slices, crunchies, in a light pork-based broth. Simplicity at its best. 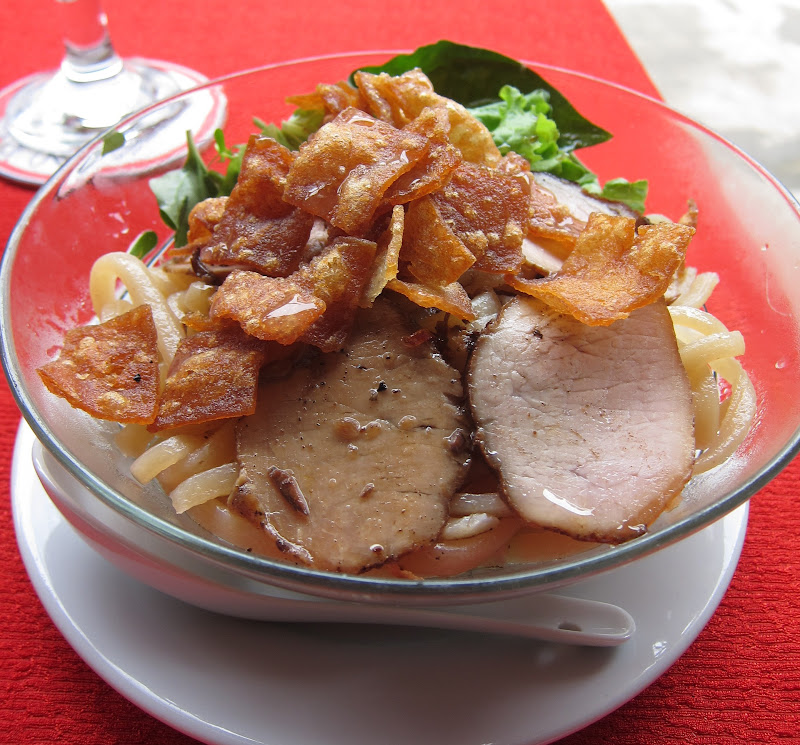 Cao Lao in Hoi An, Vietnam

Bia Hoi – places selling Bia Hoi, or locally made draught beer, are abound in Hanoi. Sipping on these 50 cent beer while munching on pumpkin seeds, and sitting shoulder to shoulder with the locals are a fun way to spend an evening. Don’t expect too much of the beer – Biere Larue is the less watery of the bunch, we think. 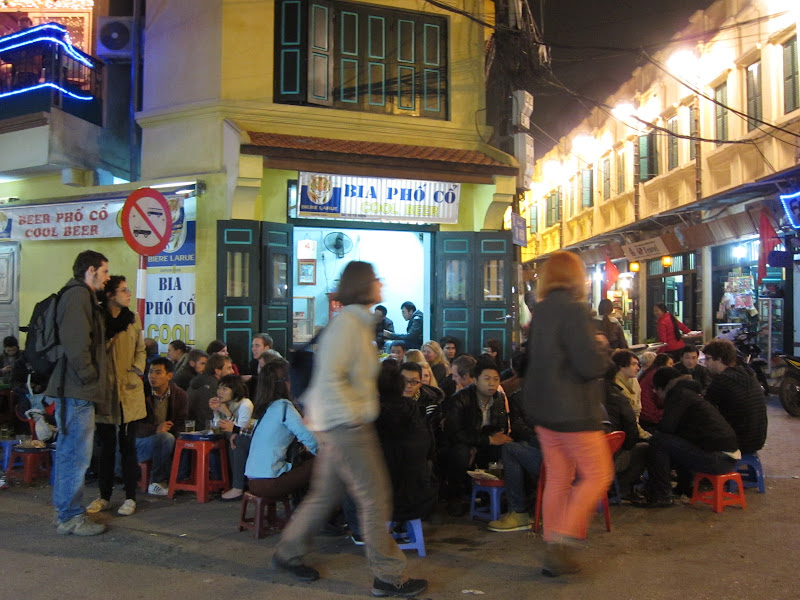 Many a night we’d stroll through the old town of Saigon or Hanoi among hundreds of diners taking their place on the sidewalk, taking a peek at what everyone is eating and it made us realise that Vietnam is truly a paradise for those who are gastronomically adventurous (snake wine, anyone?).

My brother was delighted. But as for the vegetarian in me, I was secretly glad we were heading back to Thailand afterwards.