A Birthday Tradition: Our Upcoming Travel in The Balkans 2015

Fall is my favorite time of the year for many reasons.

Wait, what? “I thought you loved summer”, you’d say. I do love summer and the long days for adventuring in the mountains it represents.

But to be honest, I don’t deal with heat very well. A few years back the temperature in SF reached low 90’s for a week and some wuss was complaining of ‘heat wave’ striking the city. I was that person.

So when the air takes on that cripsy-chilly feel, I’m torn. One part of me is sad that adventure season is over, the other side of me is excited that I get to wear my puffy and thick socks again.

In my opinion, Fall is one of the best times to travel. In a lot of parts of the world it’s considered the shoulder season. It means lower prices on airfare and accommodations. It also means less crowds to deal with. After heat, crowd is the second thing I dislike about summer. I usually reserve summer for N. America climbing or roadtrips and travel internationally in Spring and Fall.

Lastly, fall is about birthday. Mine that is.

Wouldn’t it be the greatest thing if only I could figure out a way to combine all of these great things about Fall in one celebration?

Few years ago I started a tradition where I give myself a plane ticket for my birthday present.

With it being my birthday and all, I get to go wherever I want in the world. I told Jack that he’s always welcome to come, of course, but for so far has opted to hold the fort and take care of the cat instead. Let’s face it, there are places I want to go he can’t care less.

Places like S. Korea, Sri Lanka, or Georgia and Armenia. Not coincidentally places where I spent the last 3 birthday trips. Alone. 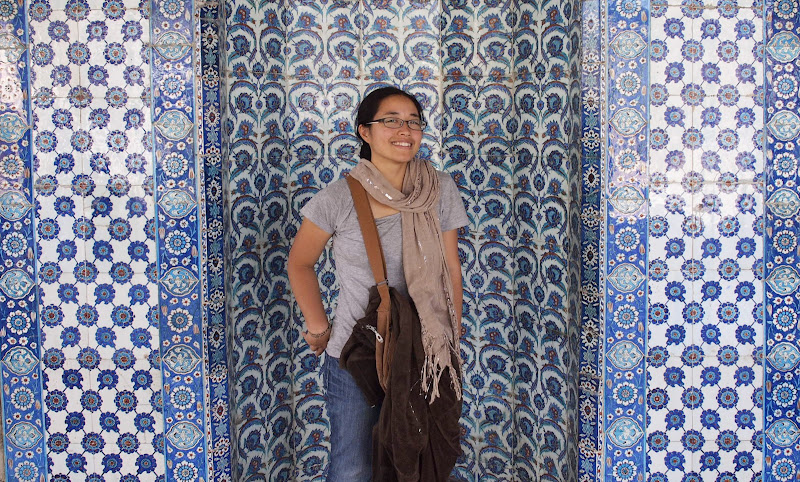 My solo birthday trip to Turkey, 2013

If you think spending your birthday by yourself can get pretty lonesome, you’re absolutely right. But for the most part, I’m loving this little tradition of celebrating my birthday in a country I’d never been before. You just never know what you might end up doing on your birthday: you can be stuck in a minivan with 30 drunk Russian tourists or you can be in a hot air balloon looking over one of the best landscape sceneries in the world .

Every year it’s memorable for a different reason.

To make it extra special, it’s also a period of time when I’m on a ‘real’ vacation when I tell my clients that I will be offline and I get to set my work email to ‘out-of-office’ mode.

It’s seriously the best birthday tradition ever and I always look forward to it.

This year, I see no reason to pause the tradition just because we’re currently on a yearlong road trip in a van.

The only tiny difference is: Jack is coming along. He wasn’t going to at first – as a matter of fact, I already bought my birthday ticket when I wondered what he’s going to during his time without me. “Where are you going anyway?” he asked, suddenly realizing that he had no idea where his beloved was running off to this time.

“Oh so many places!!” – I started prattling on about how I found this cheap flight to Ireland, from which I found another great deal on flight to Croatia. Then of course once in Croatia that means the rest of Europe is a possibility. Romania? Maybe Ukraine? Blah, blah, blah… it doesn’t matter because he eyes started to glaze as soon as I mentioned Ireland.

“Ireland…”, he mused. “They have good whiskey there,” probably thinking of the fact that we’re in Canada and have you seen how much they tax alcohol here?

Then somewhat unexpectedly, “Can I come?” So there you go. We’ll be parking our beloved van in a lot in Vancouver while making our way through Europe for the next month or so. We have our flights to and from Dublin and Croatia but the rest is still up in the air. We’ll be renting a car in Ireland but I haven’t yet decided if I want to head north to Belfast, or visit the more popular roadtrip destinations in Ireland (Ring of Kerry, Dingle Peninsula, etc).

I heard the Julienne Alps in Slovenia is supposed to be incredible and I already bought a guidebook on Slovenia’s best hikes. Fingers crossed for good weather.

Then I’m thinking we’re going to head south through the rest of the Balkan countries: Bosnia, Serbia, and Montenegro. Maybe as far south as Macedonia and Albania if we have time. We’re keeping our plan somewhat loose – with the developing migrant crisis going on there currently, who knows what’s going to happen?

Nothing excites me more than exploring new parts of the world, but I’ve always found this corner of Europe particularly interesting. Mostly because I know very little about it. I haven’t seen as many photos coming out of this part of world as it’s not as widely traveled as Western Europe or the Scandinavian countries.

Before the trip I didn’t even know the capital cities of Serbia or Montenegro. Or that Macedonia is even a country. Embarassing, I know – especially for someone who loves to travel as much as I do. But in my defense, I’m older than some of these countries. Gawd, I’m old.

So on this birthday trip, I’ll be going with more than usual state of ignorance, with my favorite adventure partner, and honestly – I’m super excited about it.

Have you been to any of these countries?

Would love to hear what you think about them. 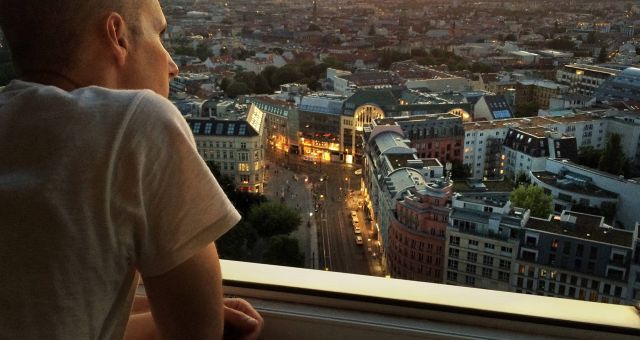