Lonely Adventure Through Armenia (With A Side of Walnuts)

I’m going to tell you a secret. On the last stretch my travel through Turkey, Georgia, and Armenia last year I wasn’t having too much fun. As I left Cappadocia and headed eastward towards Georgia, I encountered less and less English speaking tourists and locals. There were stretches of days when I didn’t speak to anybody.

I was getting lonely.

In Georgia, the social scene at guesthouses was dominated by Israelis and Russian speakers. Nice enough people, but they understandably preferred to stick together and chat in their own language.

With few exceptions (the lovely owners of my guesthouse in Kakheti came to mind), the locals and I never quite connected. I’ve experienced disconnect and loneliness before but on this particular trip it stood out more.

MORE: Some people just don’t know how to treat strangers.

So by the time I got to Armenia, I was dying for some human interactions.

Then Armenians come to the rescue.

Armenia is known for its gorgeous monasteries in beautiful and remote settings (more on this later). For me, the highlight of Armenia will always be its people.

I had never encountered so many random acts of hospitality in such a short period of time. And so many walnuts. You’ll see what I mean in a bit.

Here are the various ways the Armenias helped me deal with my loneliness. All served with a side of walnuts. 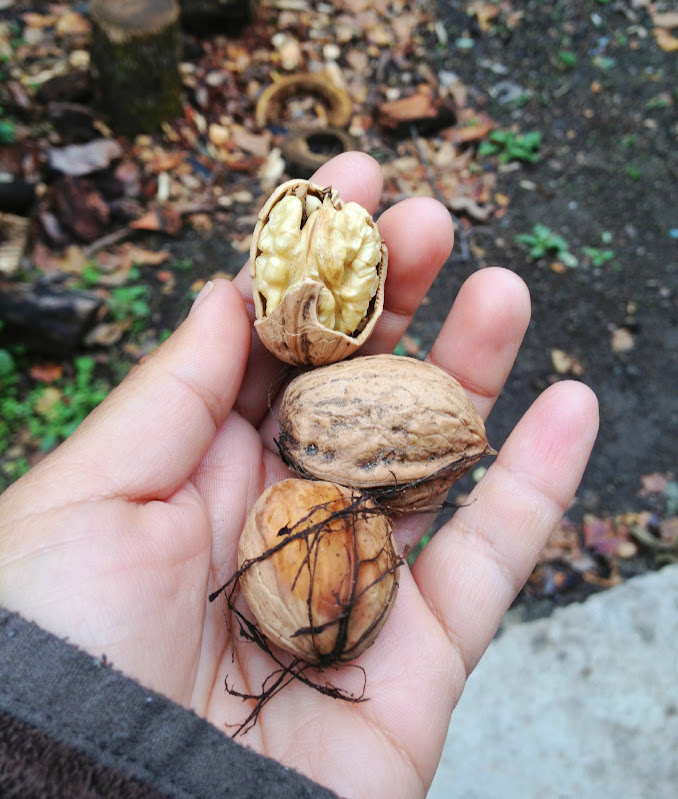 In the countryside, people would wave me over as they saw me walking past. The first time it happened, I approached the older man calling to me from his front yard warily.

That is until he started shoving me handfuls of walnuts. Through gestures, I understood that these come from the trees in his garden.

This kept on happening with various other strangers to the point that I had to mime that my pockets were already full of walnuts.

“There’s more space there,” they pointed towards my purse while handing me more walnuts.

In a small market in the town of Jermuk (known for its hot springs and mineral water) I decided to wander around the tiny market. This little girl first tried to sell me some herbs. When it was clear I wasn’t interested in whatever she had to sell, she got interested in me instead.

At first she wanted me to take pictures with her.

Soon this honey seller with gold-capped teeth beckoned me over to take his picture too. 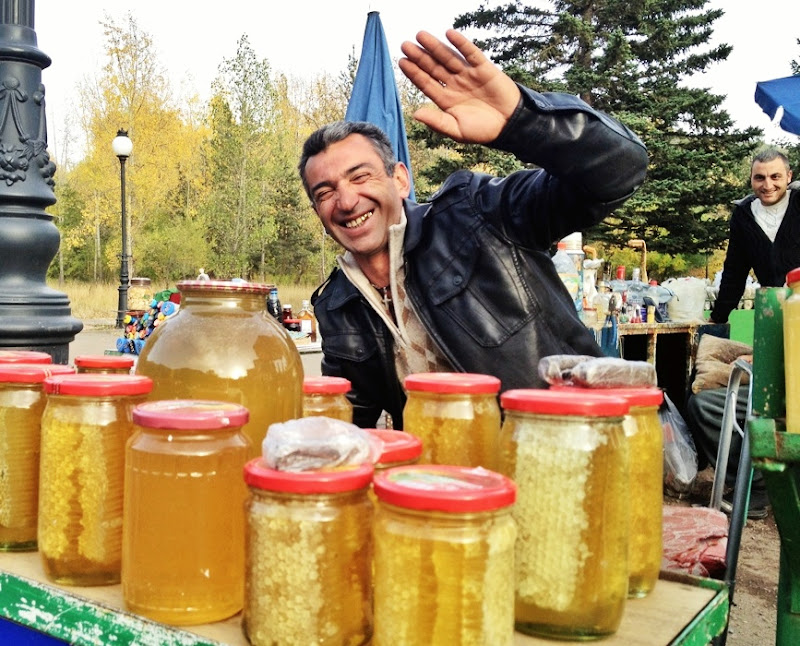 A group of men who were selling sackfuls of walnuts waved me over. I showed them pictures of our cat on my phone. I guess they only have skinny cats in Armenia because our 20lb orange tabby became quite a sensation, that warranted calling more people over to look at my phone.

They gave me walnuts.

They pointed at my ring finger, I showed them pictures of Jack. Thumbs up and smiles from everybody. Kids? No kids. Sad face all around.

They handed me more walnuts. 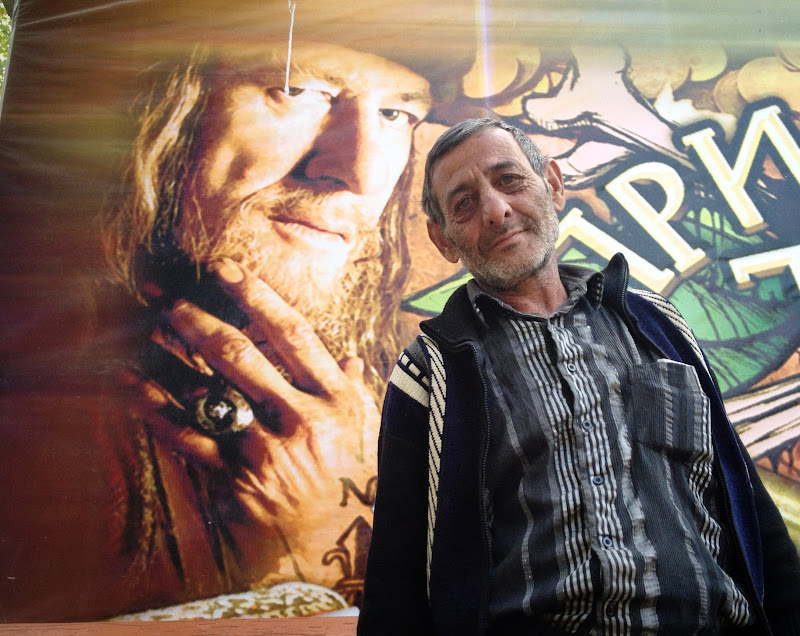 He wanted his picture taken in front of… whoever that guy is on the poster. 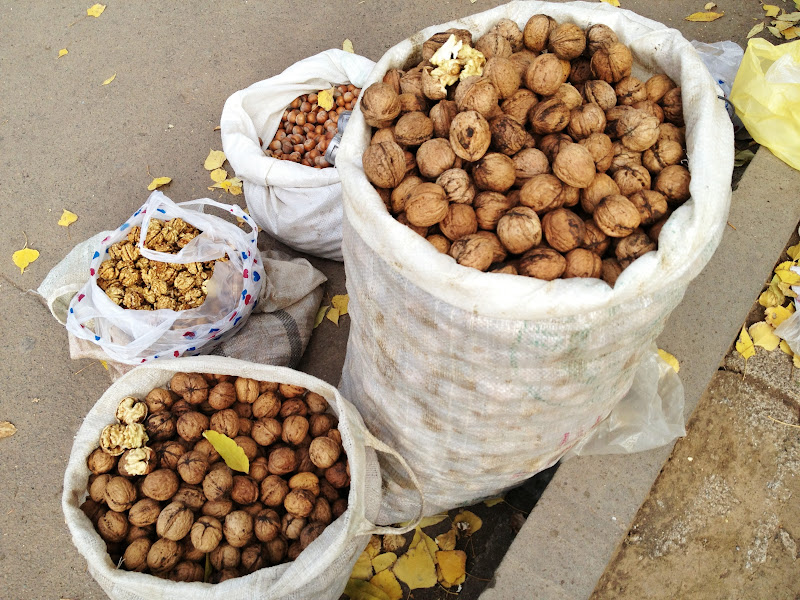 Making friends with the woodworker of Dilijan

I read somewhere that Dilijan has been called the Switzerland of Armenia. Whoever said that clearly has never been to Switzerland.

The heavily renovated (read: Disney-fied) Historic Center in Dilijan consists of one short cobbled-stone street. A row of workshops line the street housing local ‘traditional’ craftsmen (think a potter, a painter, and a blacksmith – you get the idea) working and selling their crafts.

This was where I spent most of my time in town and I ended up befriending the wood worker of Dilijan.

Sort of. Looking back, this man had no say in the matter. 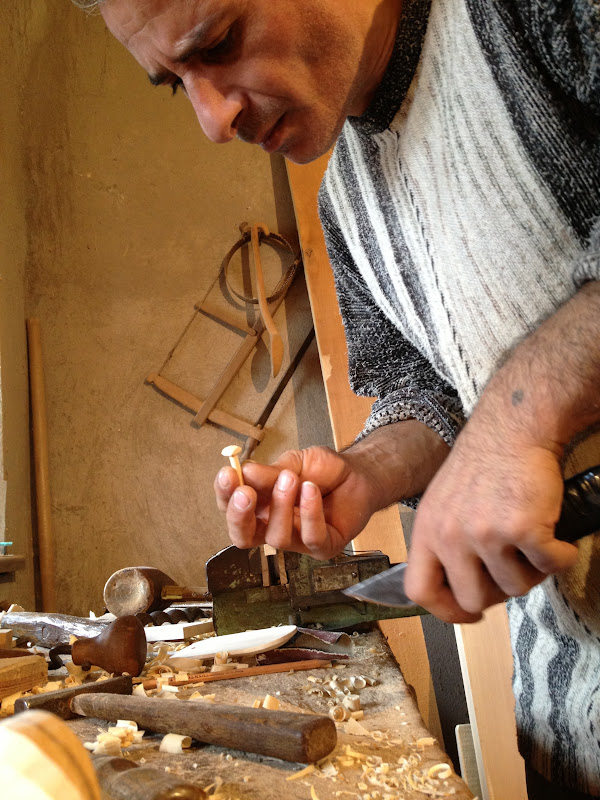 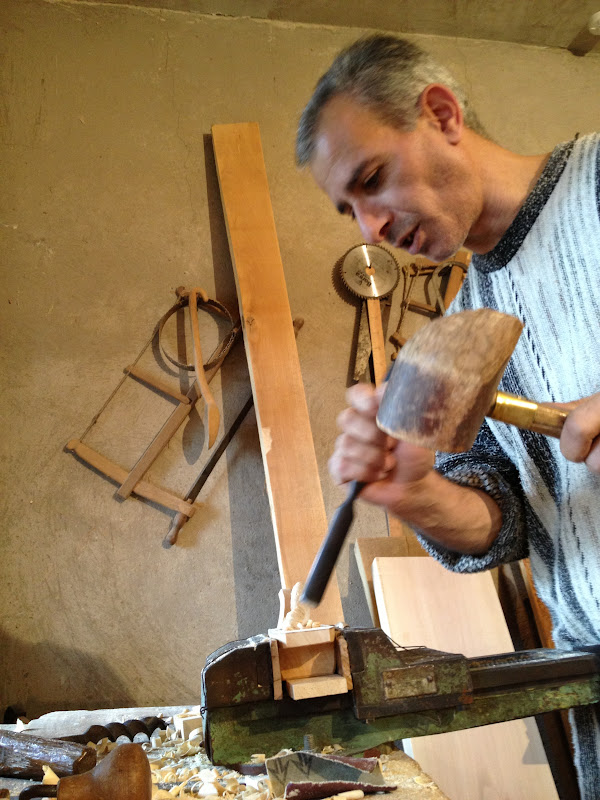 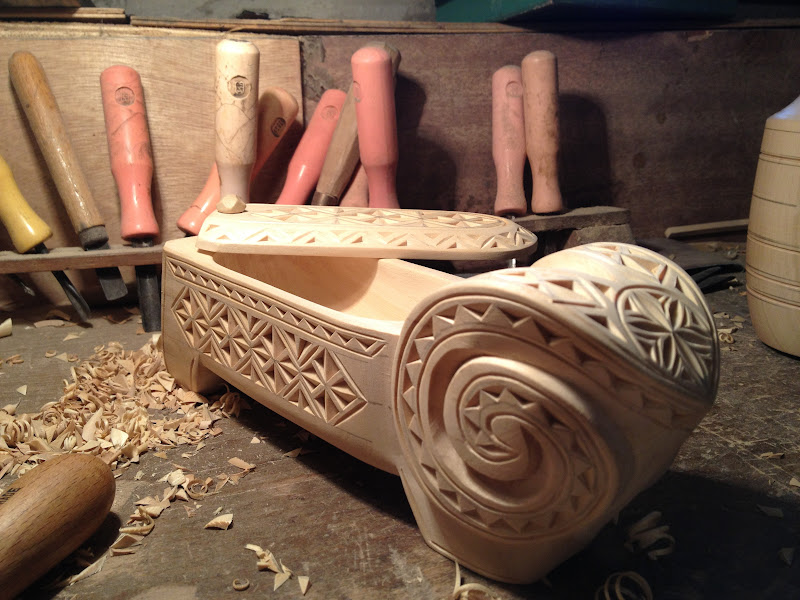 One of the things created in the workshop

It rained the whole time I was there.

On my first day, after walking around the town in the rain (took me a whole hour, Dilijan is tiny), I decided that his shop was the most comfortable place to wait out the rain. The shop was warm and smelled woodsy. But the best part? I wasn’t alone.

I had him pegged as the kind of guy who would be too nice to turn me away. (I was right).

I made myself comfortable in a corner and I just kind of… never left. I’m very comfortable with extended silence so the fact that neither of us ever spoke a word didn’t bother me. I spent the whole afternoon alternating between reading my Kindle, napping, and watching him work.

(Note: I don’t make a habit of forcing friendships upon people. It was a sign of my desperation.)

During breaks from his work, he fed me some sweets and walnuts and made me tea. Probably hoping that maybe if he fed me enough, this strange Asian girl would finally leave him alone.

(I did leave when it was dinner time. Walnuts just don’t fill you up.)

And people, that’s how I made my first friend in Armenia.

And the man who makes stuff out of trees 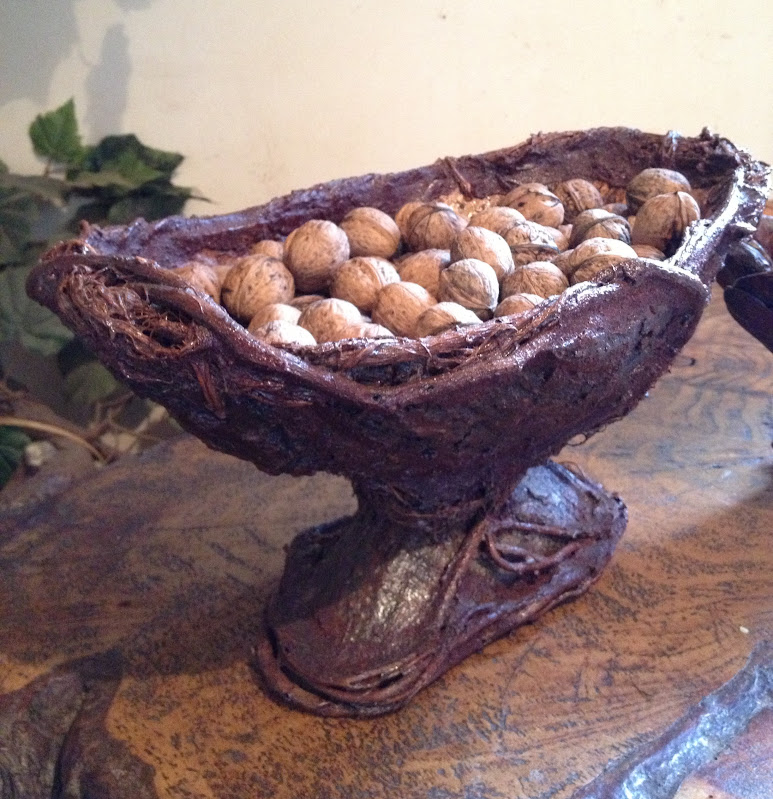 The next day it rained again so I stopped by to see my new friend at the wood shop. Somebody else happened to be in the shop too. He had wispy white hair, a beaky nose, and a flat cap.

After several attempts at conversation through mimes and (very) broken English and minutes of comfortable silence (comfortable for me – likely uncomfortable for them) he gestured that I should follow him.

We left the shop through the back door and he led me towards his house. It was a house that had caught my eye the first time I passed it by.

How could it not? The front yard looked like something out of a Tim Burton’s movie set. 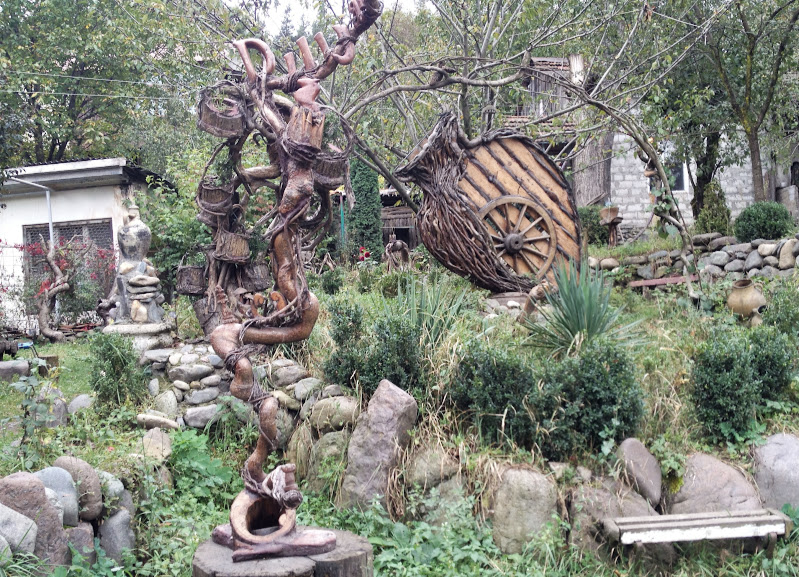 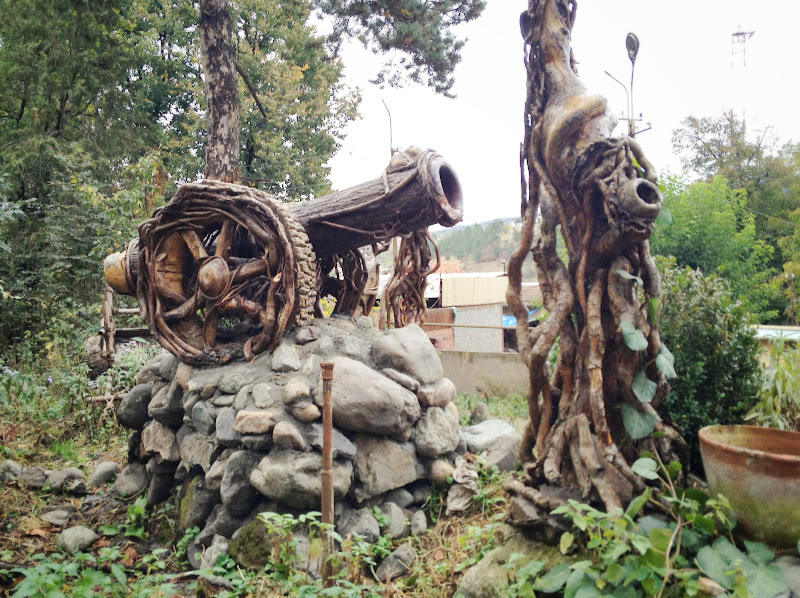 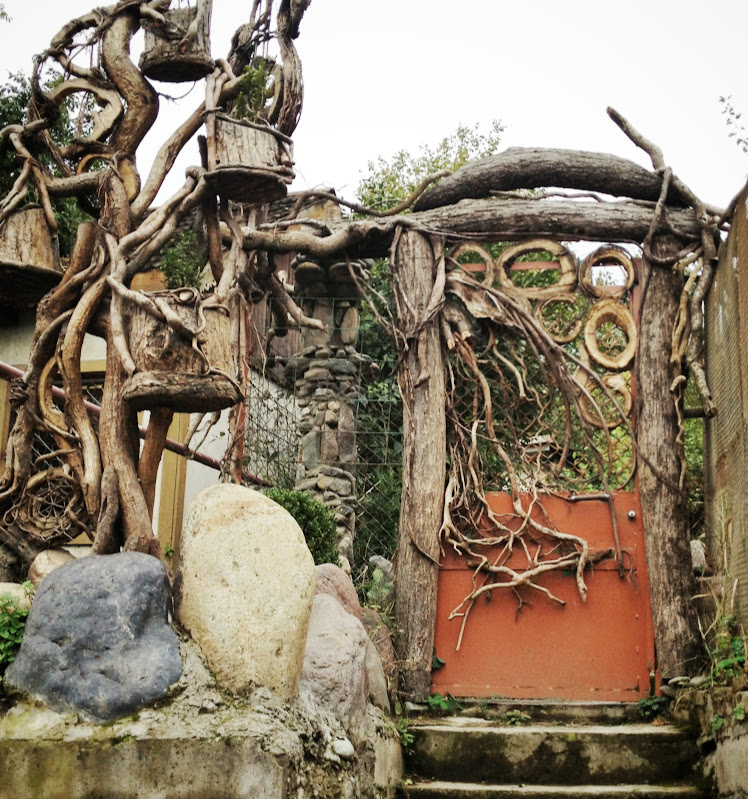 It was a tiny house with a small front room – furnished with a small TV, a couple of chairs and a small table. A big bowl of walnuts sat on top of the table. A much larger room was attached to it and when the man flipped on the light switch inside, I gasped.

It was an incredible room.

The room was filled with pieces similar to the ones I’d seen on the front yard. All made of the same organic materials: tree roots, branches, and tree barks.

Bent, glued, weaved, and twisted together to form wall fixtures, giant intricate installations bigger than me, lampshades, mirror frames, vases and what not.

He didn’t let me take pictures inside room, so you just had to take my word for it. 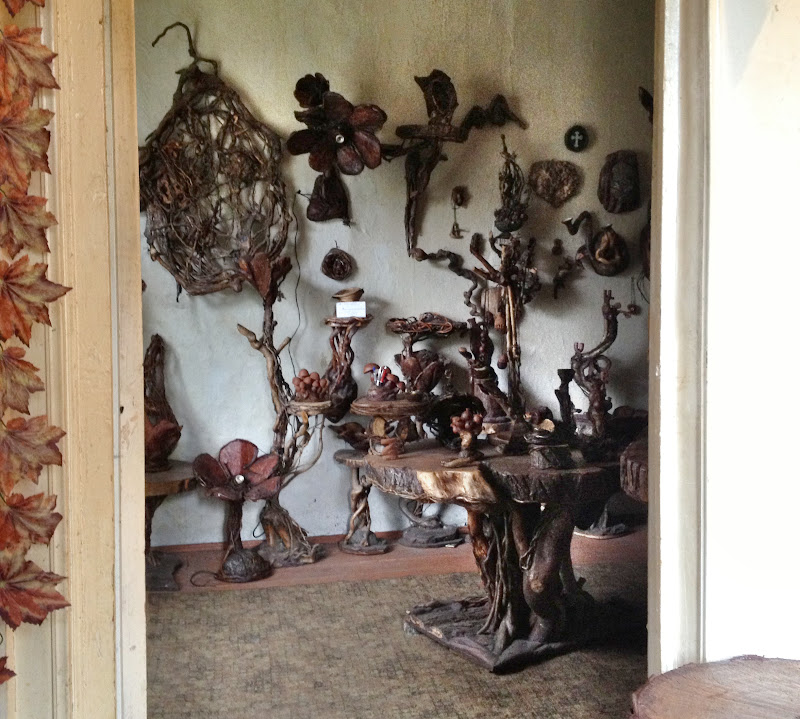 It was becoming clear that he was simply an artist who was showing me his works and I wasn’t in any danger of being kidnapped and sold to slavery – so I relaxed. 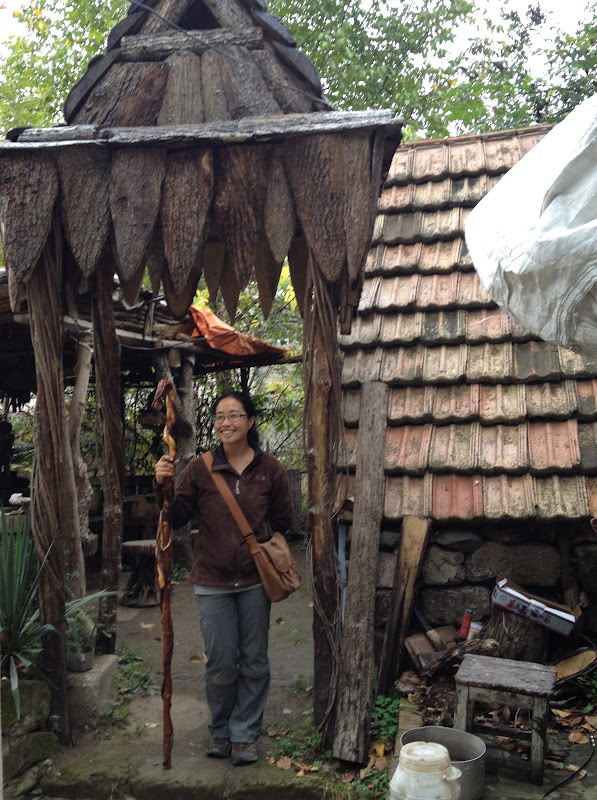 Posing with a fancy walking stick 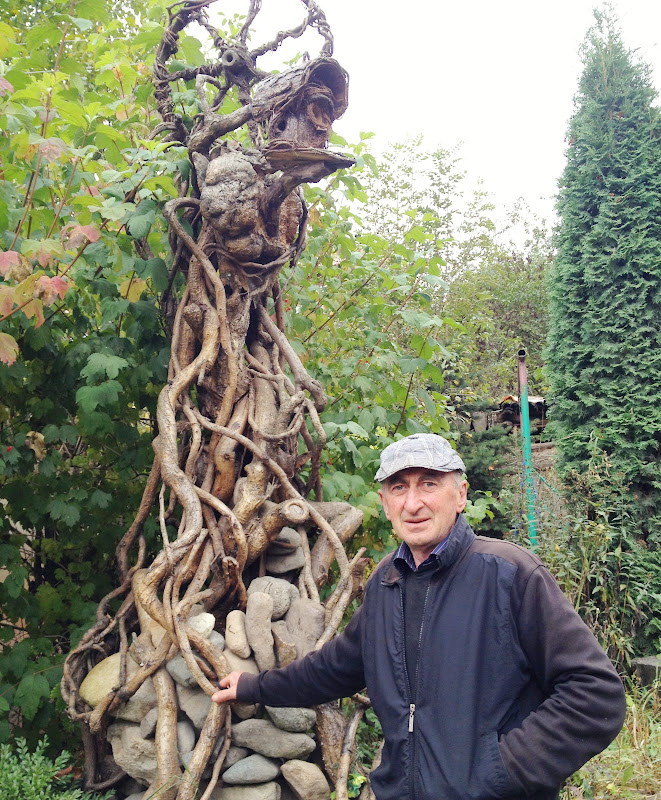 After admiring his works (there were no price tags so I didn’t know if they were for sale, and even if they were – I don’t think I could afford it), we sat down and watched TV for a bit.

As I sat there munching on walnuts, drinking tea, and sitting next to this old artist in silence, I realized something: I hadn’t had a real conversation with a human being since Kars. 2.5 weeks ago.

MORE: The Ruins of Ani

I wondered if this man saw the loneliness etched on my face and took pity on me.

As I bid goodbye to my artist friend, I had to admit one thing, I was really looking forward to being back in Istanbul the next day.

Don’t get me wrong. I was grateful for these random strangers I met in Armenia. Their big smiles, attempts to drown me in walnuts, and friendliness was just what I needed at that time.

I still can’t look at walnuts without a big smile on my face. They remind me of how lonely I felt in Armenia and of the all sorts of wonderful experiences that came with it.

How do you deal with loneliness on the road? 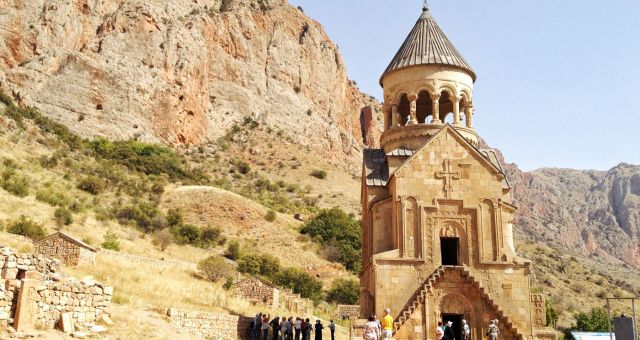