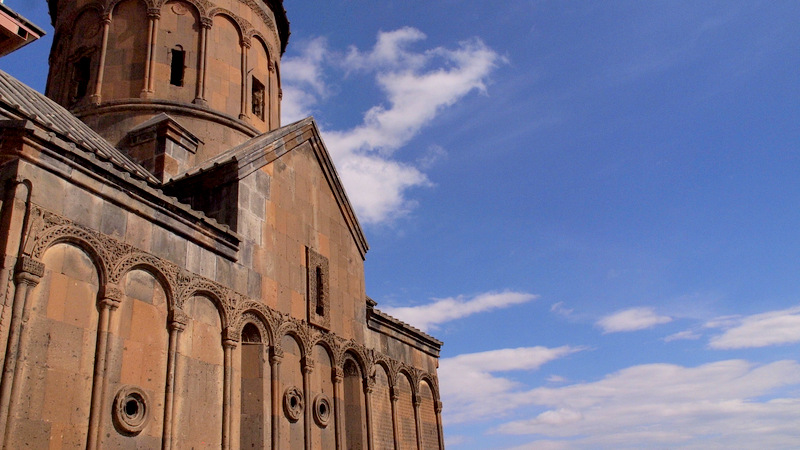 Compared to the other cities in Turkey I’d been to, Kars felt so remote. This city on the Georgia-Turkey border is so out of the backpackers loop that it didn’t have any hostels. For someone traveling in a budget like me that meant settling for cheap hotels which, in my experience, can be worse than the cheapest hostels.

To confirm my belief, the 4 or so hotels in Kars within my budget had non-stellar reviews. There were stories of overly gropey hotel employees and single women being harassed. Ugh. Nothing too horrible but still something nobody wants to have to go through.

But I wanted to see the ruins of Ani and Kars is the closest city to it. Besides, it was on my way to Georgian border.

I got in touch with a local guide, Celil, to pick me up from the airport. During the ride he told me that the original hotel I booked myself to (Hotel Temel) wasn’t safe for women traveling alone and tried to convince me to switch hotel. He might’ve meant well but I felt like I was getting into the Anatolian version of “Your original hotel has burned down/out of business but what do you know, my cousin has a hotel” type of scam.

Well, it worked. I got convinced.

Gungoren Hotel looked nice from the outside. We got out of the elevator on the 3rd floor and I saw gleaming tiles and modern looking rooms. “Yeah, this is looking good,” I thought. But then we climbed up to the 4th floor which looked NOTHING like the rest of the hotel or the pictures on their website. Barren wooden floor replaced the plush carpeting and instead of gleaming tiles, there was peeling paint on the walls.

The room was tiny with a door that I had to resort to kicking to open. A small lightbulb from the ceiling was the only light source, it was swaying in the breeze from the window that wouldn’t close completely. The room was so small if the young guy who showed me the room had walked in with me, I’d be like “Whoa dude, you’re way too close.”

I asked for a different room. I was told no, can’t do, the whole hotel was booked.

The whole situation pissed me off.

I was pissed at Celil. I was pissed at the hotel manager who dared trying to charge me a full rate for the room. I was pissed because I felt they were trying to take advantage of me. I told them I was leaving to my original (and cheaper) hotel unless they matched the price. After some ‘hum and haw’ and ‘but this is the official rate’ they finally relented.

Confrontations like that exhaust me so even though it wasn’t even 8 pm I didn’t bother to get dinner and went to sleep right away.

But don’t worry, it was all worth it in the end. 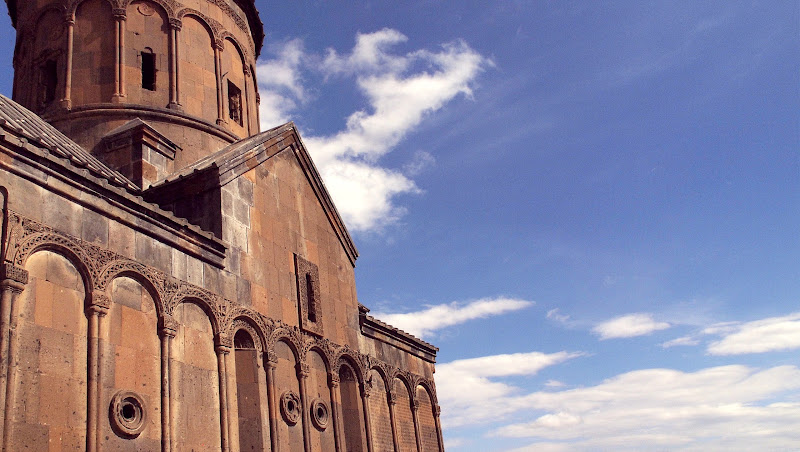 We lucked out with the great blue sky 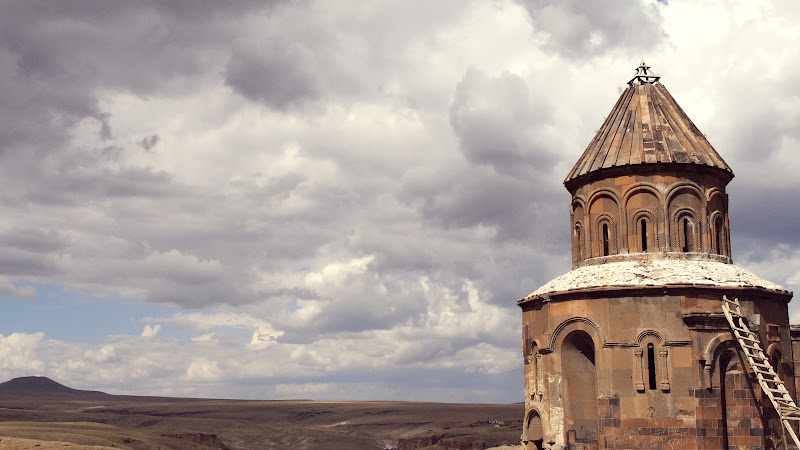 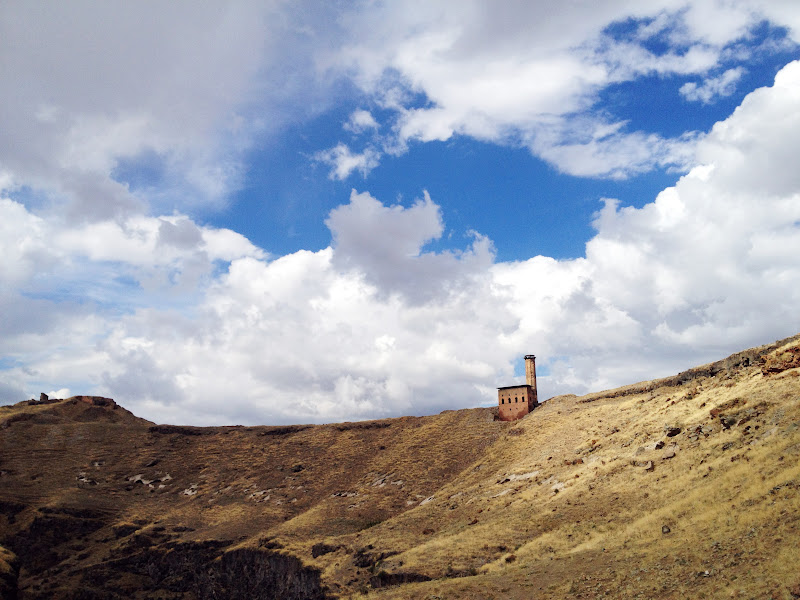 One of the first mosques in Anatolia 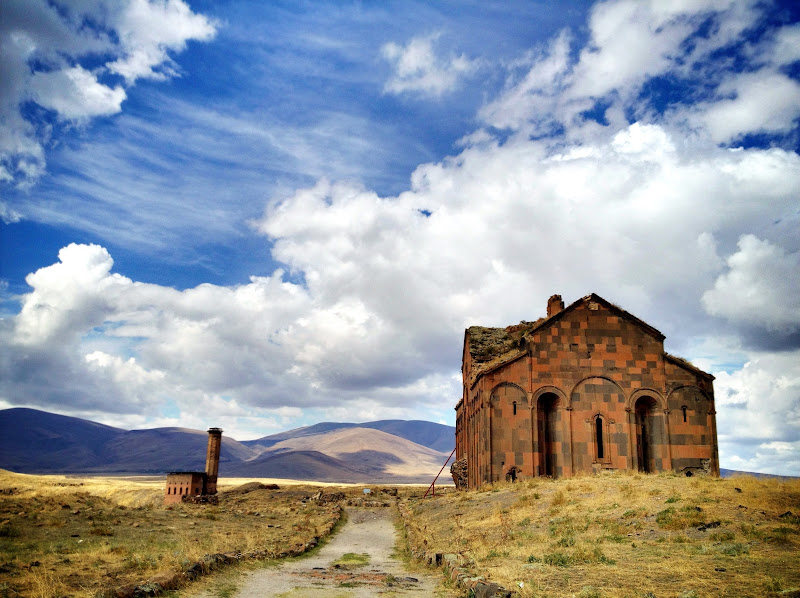 Menuçer Amii Camii on the left, and the Cathedral 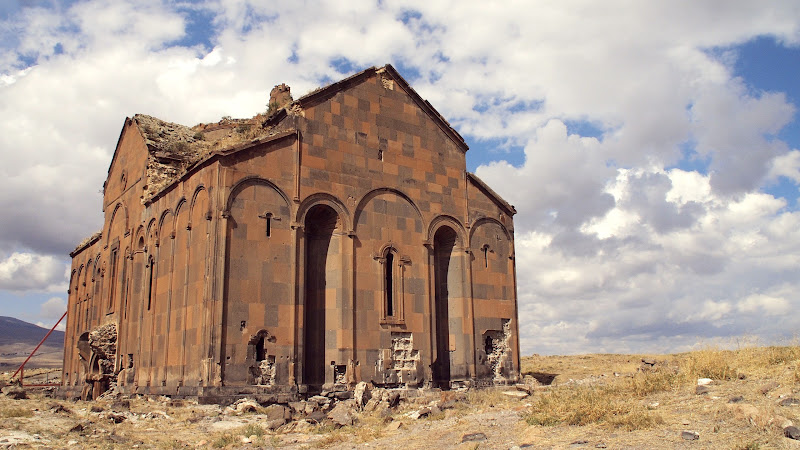 The Cathedral of Ani

See Ani was an old Armenia’s capital. Old with capital ‘O’. So old that there isn’t much left what used to be a thriving 100k people city.

But what remains was spectacular. I’m not a ruin fan (ever wonder why I never wrote about Macchu Picchu?) but the setting of the ruins of Ani stole the show. It was both eerie and beautiful. 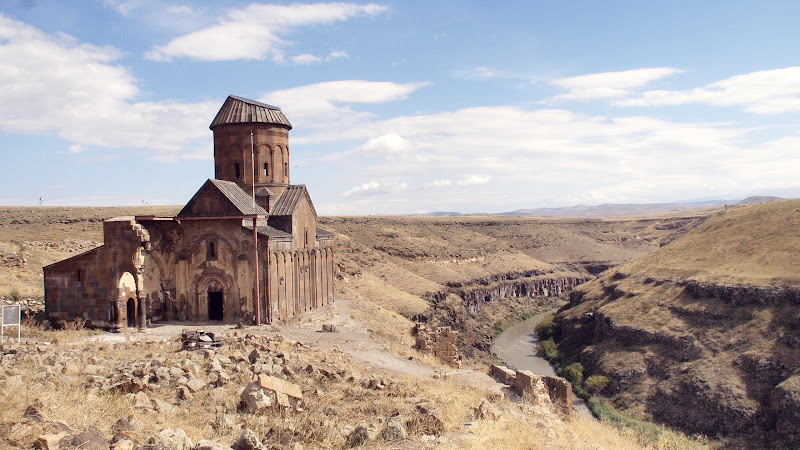 One of the first ruins we encountered in Ani 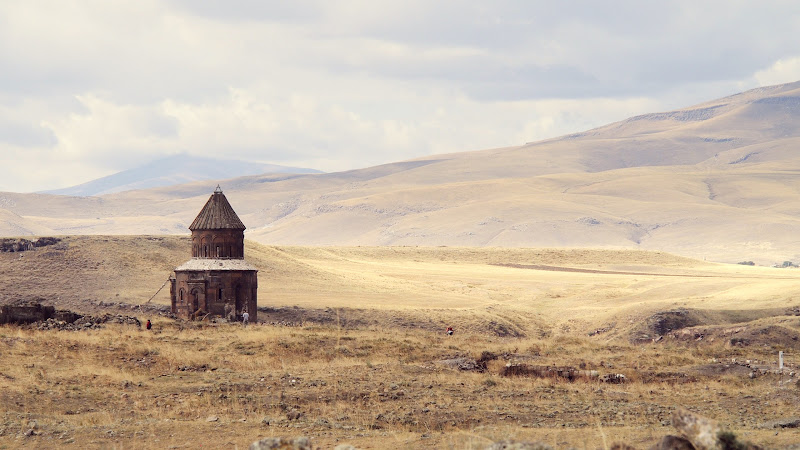 Church of St. Gregory in the middle of the plain of Ani 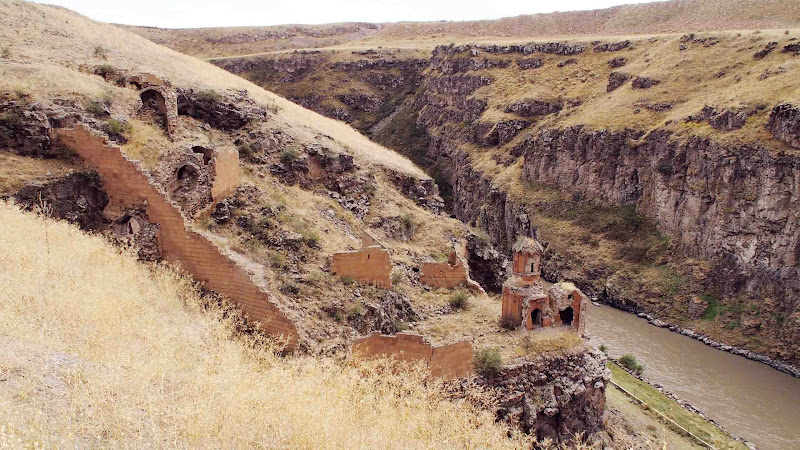 The temple of the Virgins 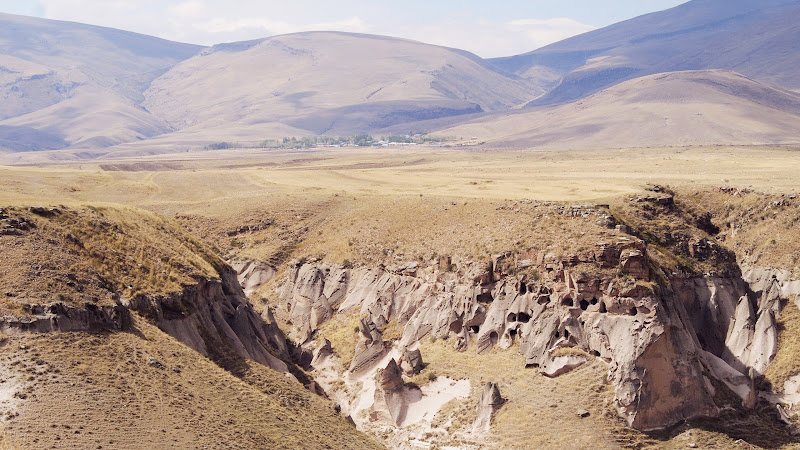 The view from The Church of St. George overlooks a small cave city

Wrecks of red stone buildings sit like giant sentinels on a grassy plateau overlooking Turkey-Armenia border. With the lack of crowds and the overgrown feel of the area, it was easy to feel like you were discovering these ruins for the first time.

Creepy hotels notwithstanding, the ruins of Ani turned out to be one of the my highlights of Turkey.

If I were to do it all over again

If I were to do it all over again
I wouldn’t bother staying in Kars unless you have to.

Transportation:
Private car from Kars to Ani with Celil – 150 liras per car (taxis will be cheaper)
Celil comes recommended in guidebooks as English speaking, but I couldn’t understand him most of the times. And besides, it’s not that he goes with you to see the ruins to provide commentary. He just drops you off outside the ticket office.

Accommodation:
Gungoren hotel – $30
Great breakfast buffet and location, just try to get a room on any floor but the 4th floor.

Where to eat in Kars:
Ani Ocakbasi in downtown Kars. Don’t let the post exterior scare you, the price is quite reasonable.

Onward to Georgia through Posof?
Dolmus from Kars to Ardahan – $7.50 (take the early one, 8 am, so you can get to Ardahan in time for its one daily bus to Georgia)
Ardahan (Turkey) to Akhaltsikhe (Georgia) – $15 (only one bus, leaves around 10 am – 11am. You can try asking your dolmus driver from Kars to drop you off at the bus station outside of Ardahan, otherwise it’s a 15 minute walk) 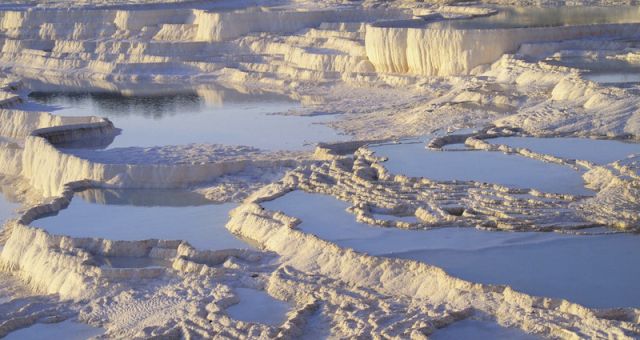 The Travertine Pools of Pamukkale, Turkey 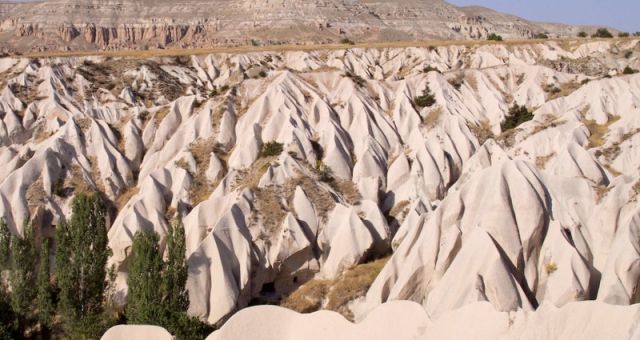