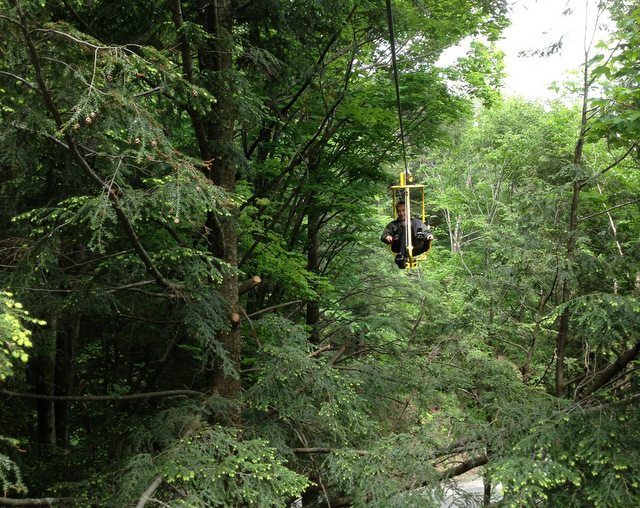 Velo Volant: Flying Through Treetops On A Bike

When I first heard about Velo Volant, a newly built attraction located in Quebec Eastern Township, admittedly I was skeptical. The premise sounds intriguing from the start:

This canopy cycle was such a new concept (there are only 3 in the world so far) there was little information I could find online. I didn’t quite know what to expect. 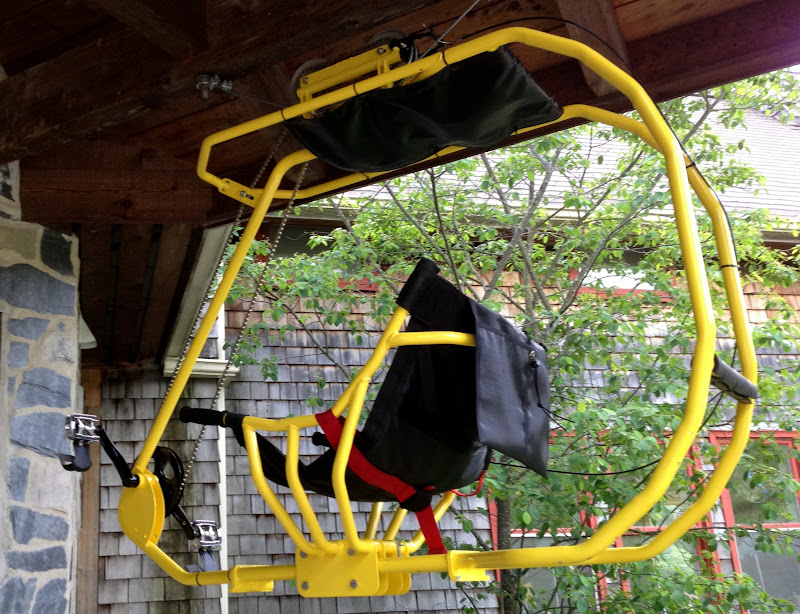 During my Quebec roadtrip, I stopped by Au Diable Vert, a camping resort near Sutton to check out this flying-bike thing.

True enough to its tagline, I learned that VeloVolant allows you to pedal a bike-like contraption through the forest canopy… while being suspended up to 100 ft high above the ground.

From an engineering point of view, the installation of Velo Volant trail system was interesting in itself. Guy-wires attached to trees are used to suspend the cable in place as the it winds through the forest canopy. In places where the trail turns a corner, bent steel plates guide the wire, and in return the bike. 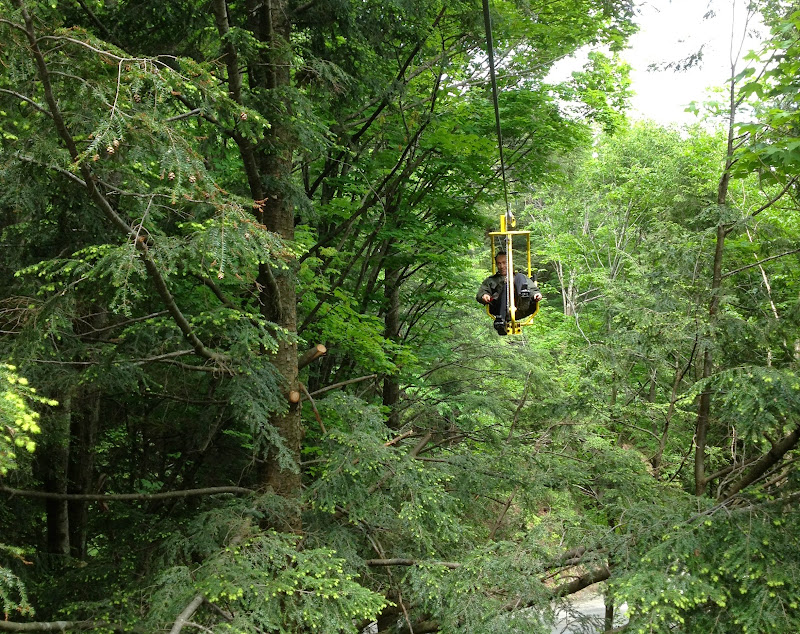 The trail was relatively flat and pedaling was easy.

So easy that many times I found myself racing through the trees, banking corners, and trying to pedal as fast as I could. Branches flew by me in a blur on my left and right. The ground is so far below I stopped worrying about it soon enough. I could hear Jeremy, the owner/guide, shouting at me from behind to slow down, ‘It’s not a race! You’re supposed to relax and enjoy.’ 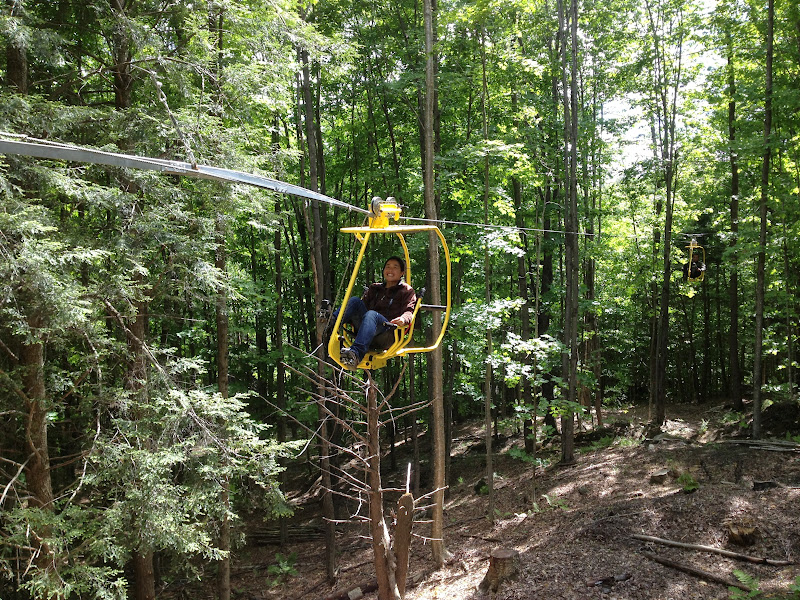 Looking down to the forest floor from such a height was a thrilling experience. Once I get used to the sensation of pedaling through the air (and learned to slow down), I found it completely relaxing.

When I closed my eyes, I could hear the rustling of the leaves, the birds, as I swayed along with the breeze. It felt like being on a hammock. So relaxing the only worry about falling asleep is to fall out of the bike (don’t worry, it has a seatbelt). 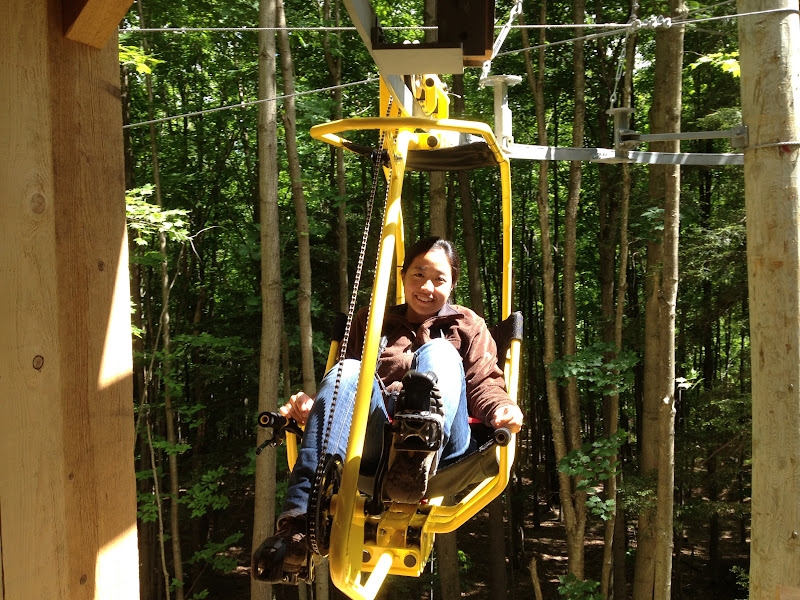 I had never experienced anything quite like this and was admittedly smitten by its novelty. I couldn’t help but thinking that somebody needs to build the skyscraper version where you can bike among tall buildings. It would be really cool.

Would you go on a ride on the flying bike?

Not recommended for: those who are afraid of height (d’oh)
Note: I was a guest of Au Diable Vert 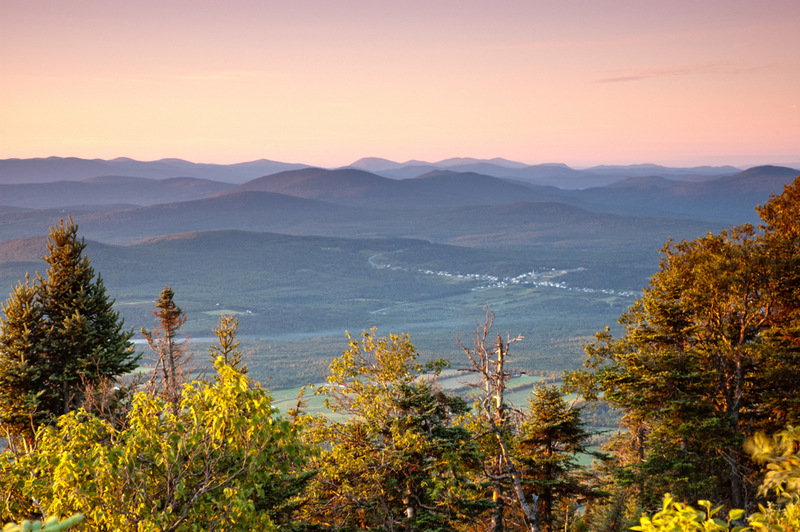 After spending some time in canoeing and kayaking in Ontario’s wilderness I headed to Quebec Eastern Townships for a road trip. I was really looking forward to a few days of just me and the open road, driving past cute villages and beautiful scenery.