Why Go: The Best of Sumba Island, Indonesia

While Bali and Lombok have become households names around the world, Sumba Island is still relatively undiscovered. Relative is a keyword here. Known for its wild coastlines, surfers have been flocking to this island for many years. As a matter of fact, Nihiwatu Resort, the world’s best hotel in 2016 (voted by Travel + Leisure Magazine) which happens to be located here in Sumba, was founded by a couple of surfers.

Where exactly is Sumba Island, Indonesia?

In short: Sumba is an island, roughly the size of Jamaica, in that long chain of small islands that includes Bali and Lombok in Indonesia. It’s located in the East Nusa Tenggara province. A growing sense of nationalism has made exploring the more remote corners of our own country the ‘hot’ thing to do among my Indonesian peers. Places like Flores, Raja Ampat, or Belitung win exotic points over Europe or United States. Everytime I go back to Jakarta, someone would inevitably just come back from some remote corner of Indonesia and say, “Oh, I just came from X. It’s gorgeous.” I’d make appreciative cooing noises at their Instagram photos while discreetly looking the place up on Google Maps. Because really… Indonesia has 13 thousand islands, it’s impossible to know where or what everything is. 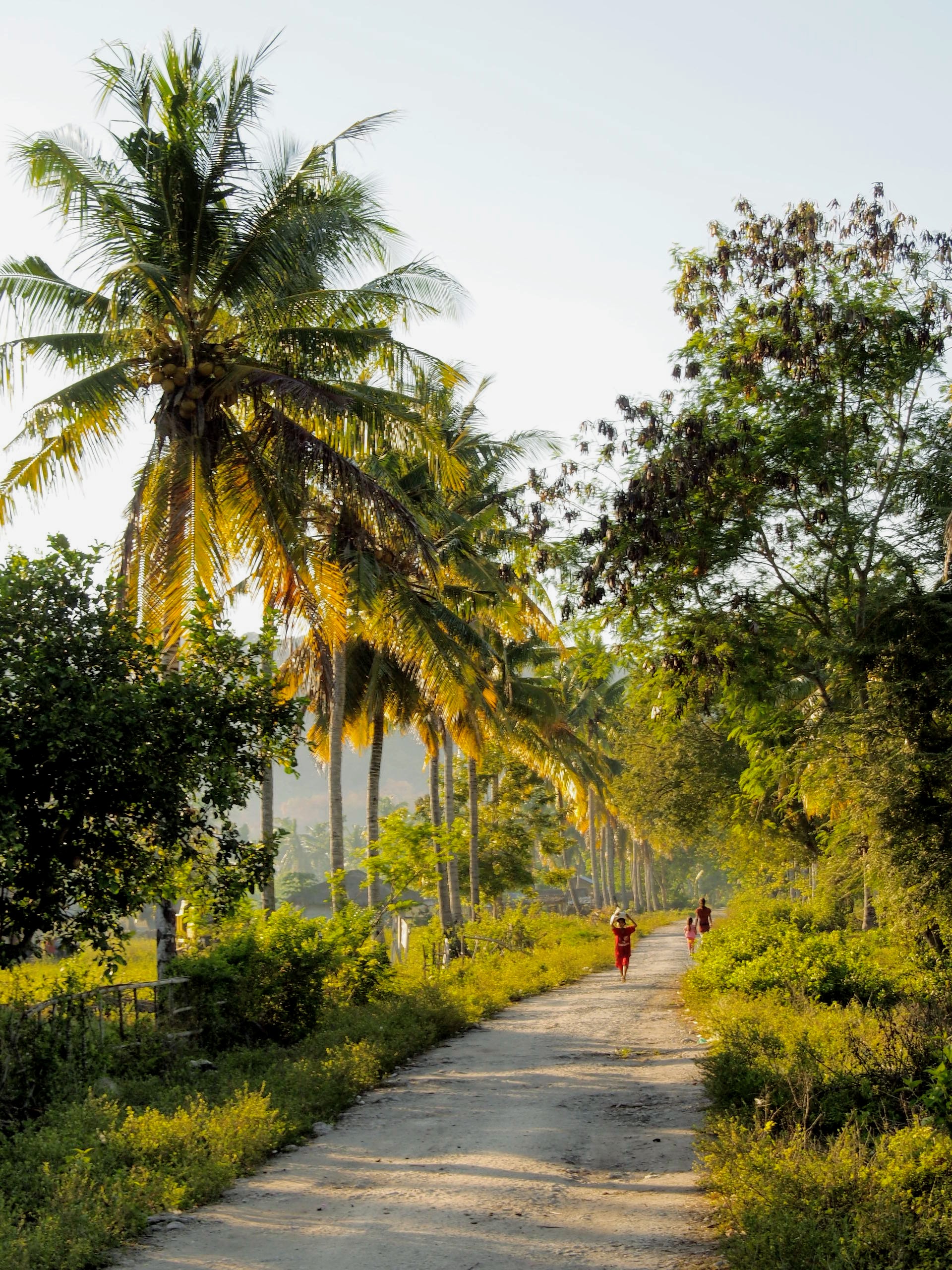 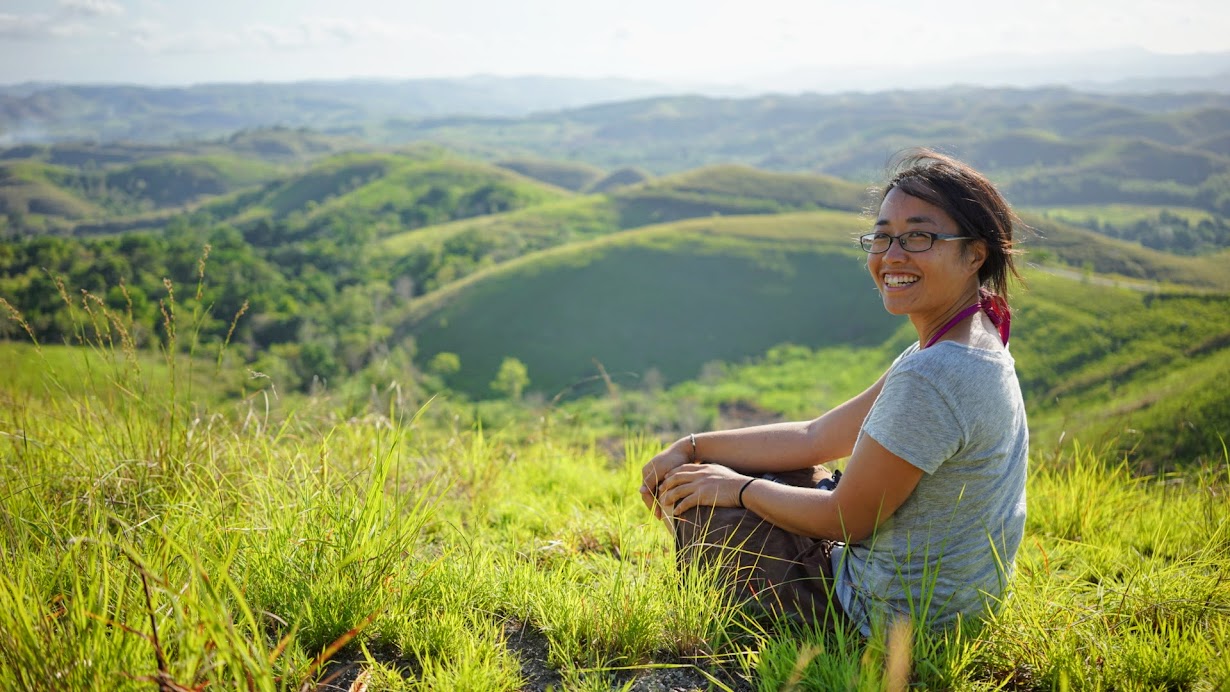 Grassy hills of Sumba where they often raise horses. 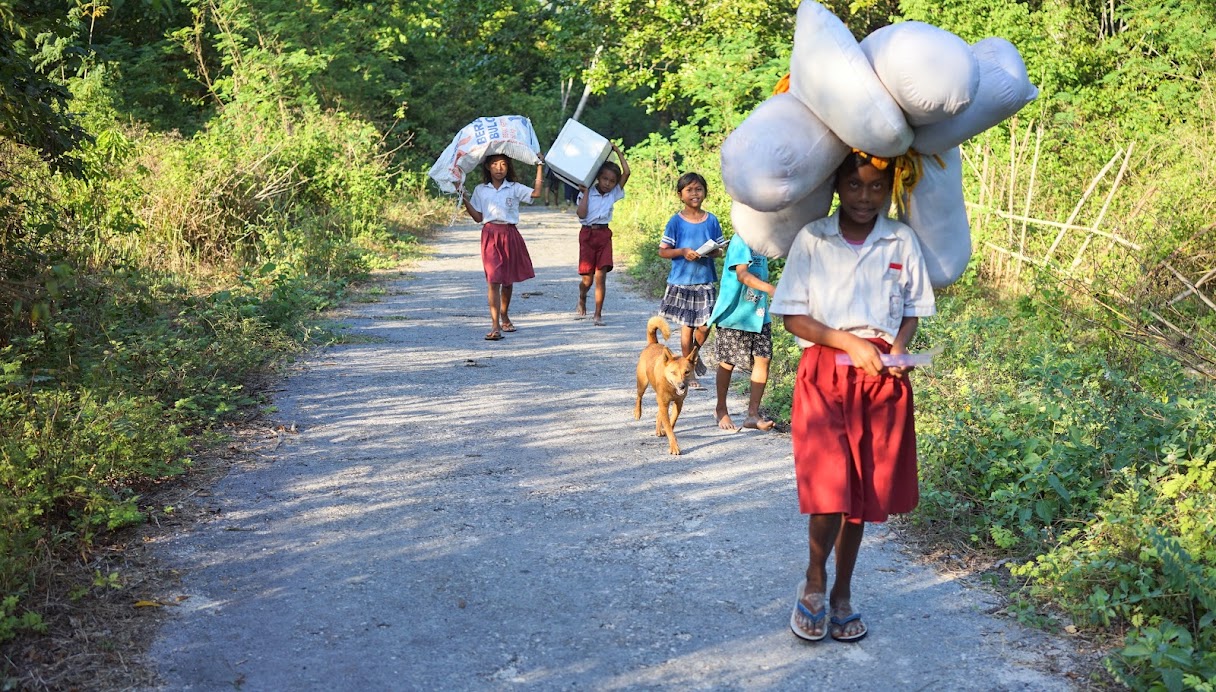 And I thought my school books were heavy… 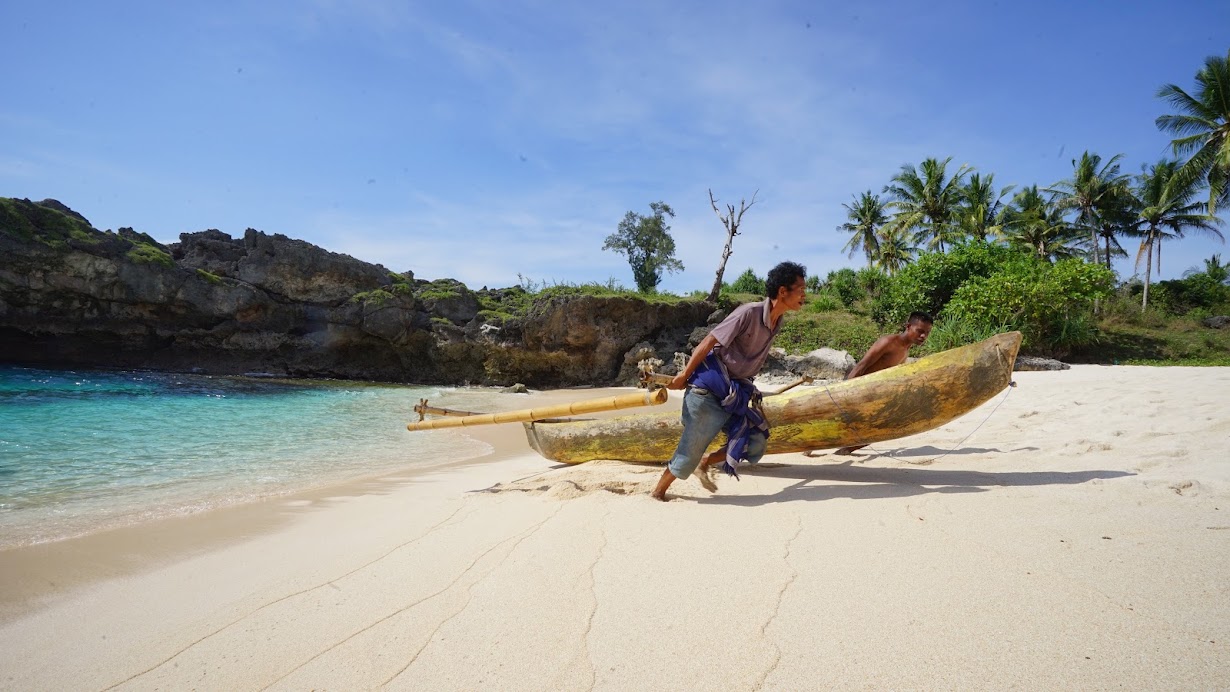 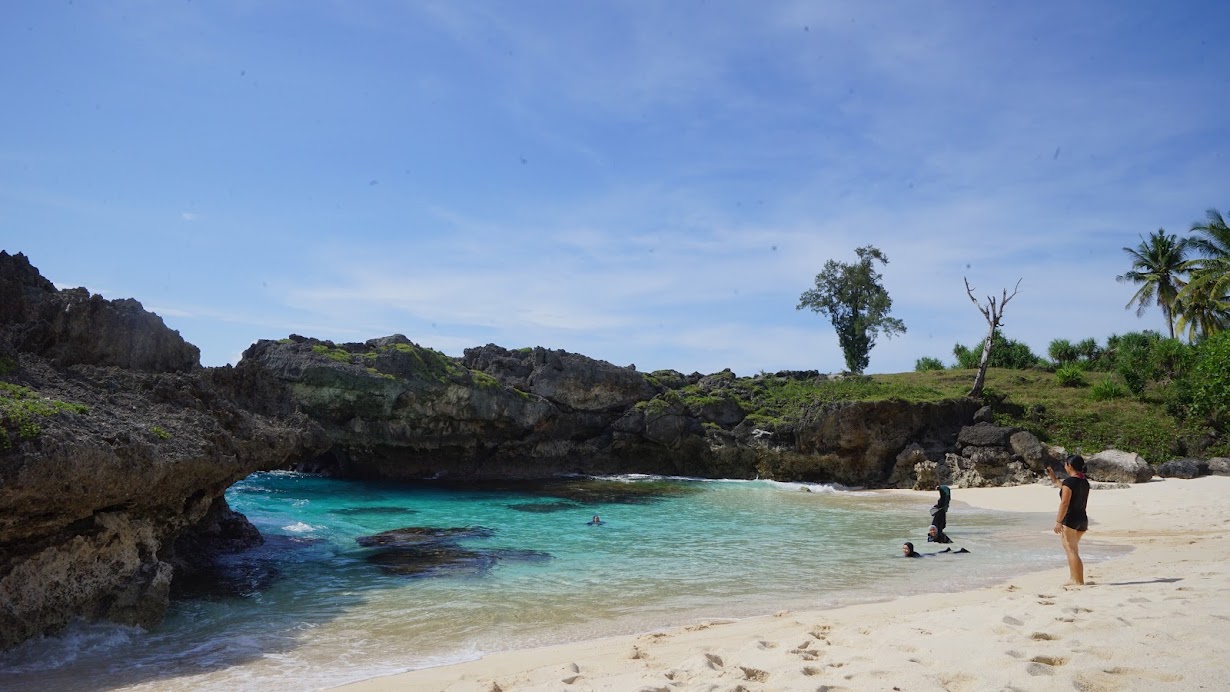 The little bay of Mandorak 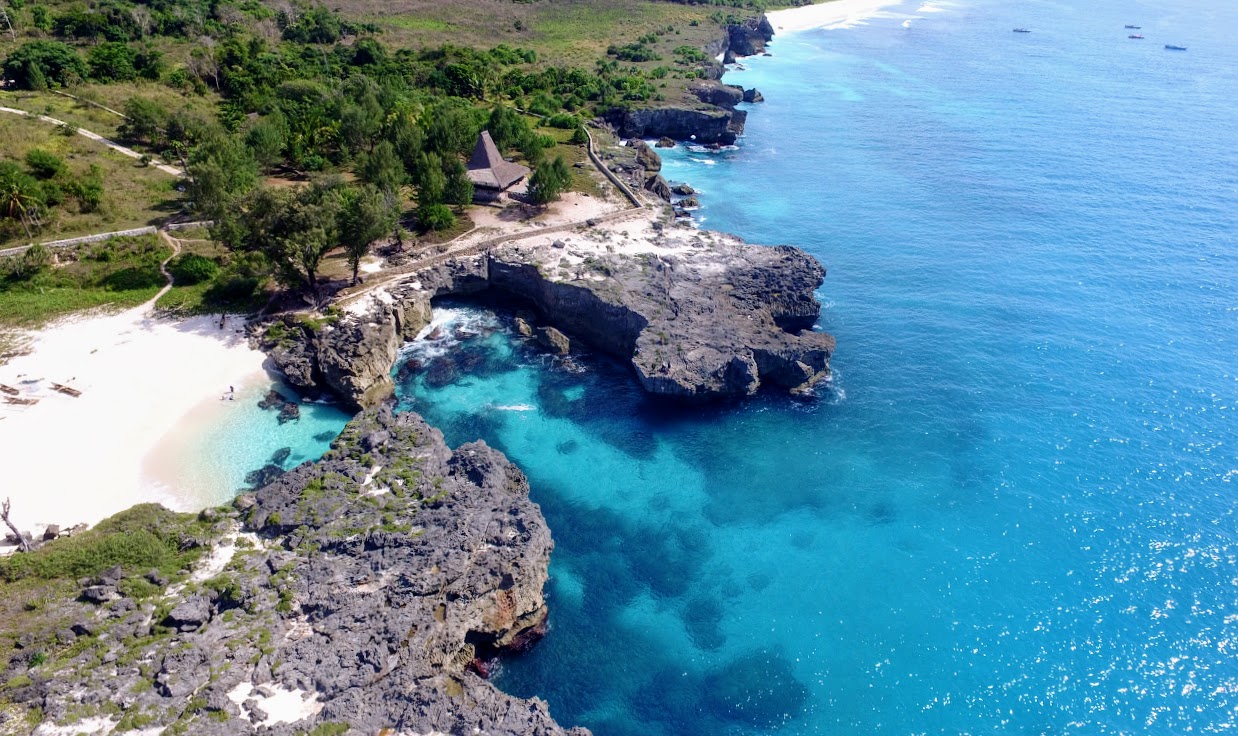 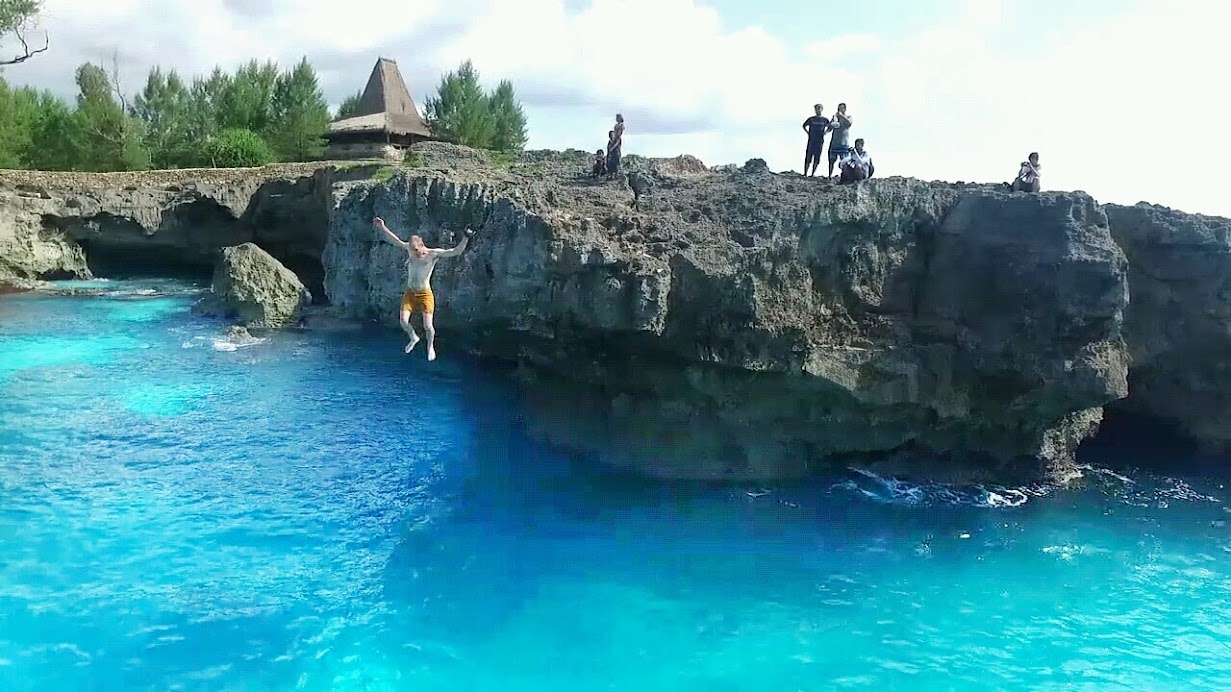 Cliff jumping into the turquoise water at Mandorak Beach 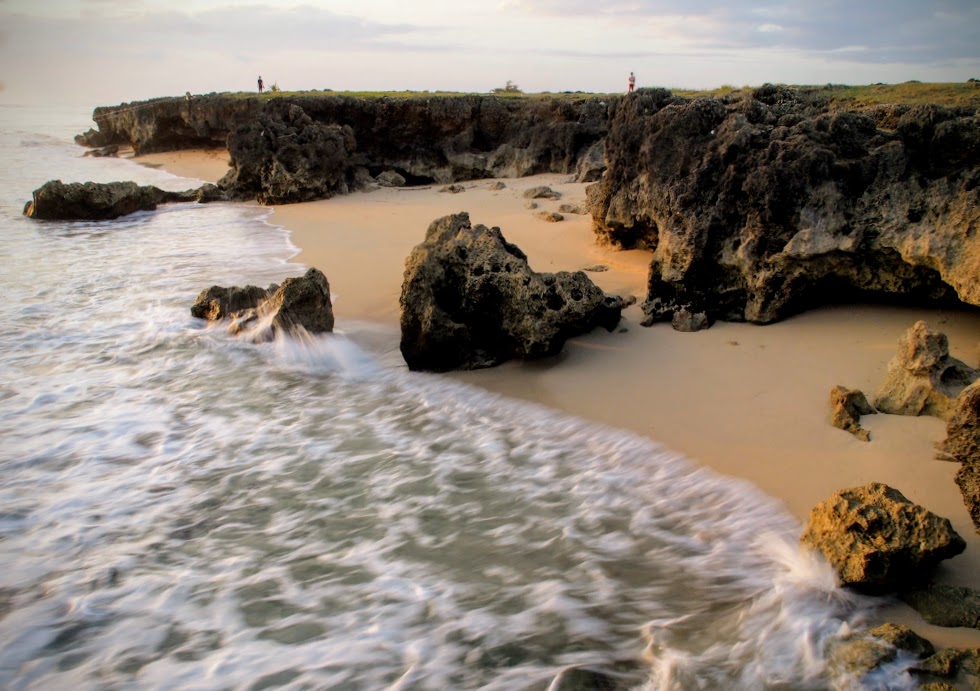 Sunset at Pero Beach in Sumba 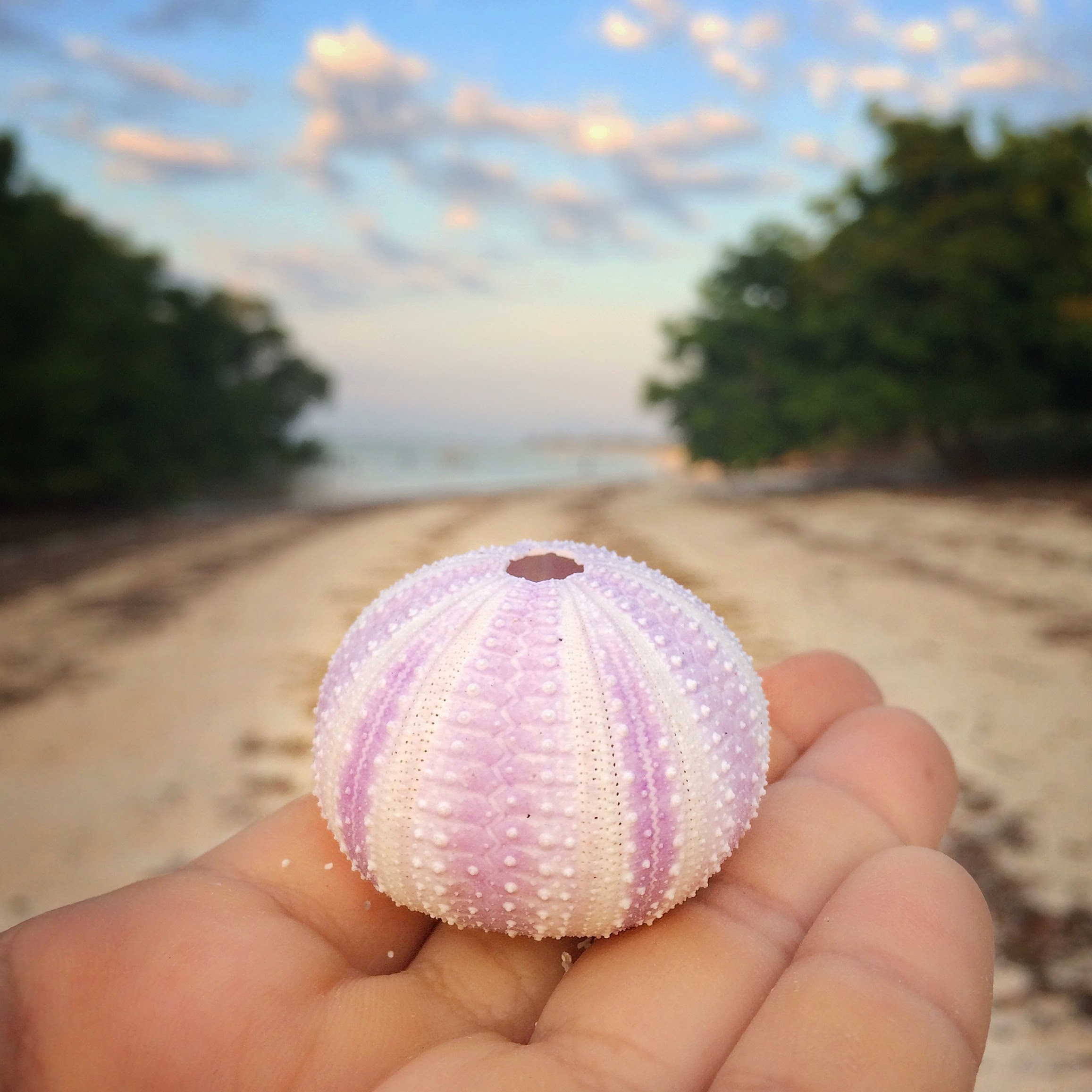 I almost stepped on this beauty on Walakiri Beach!

My Visit to Sumba Island

I was planning visit Sumba Island independently but I got a little discouraged by lack of information and the high cost of car rental. I knew that relying on public transportation on such a remote island would be frustrating. But at $80/day for a car rental? That’s too much. So when I learned that there’s a tour company planning to do an exploratory tour to some of the best places to visit in Sumba, I signed up. In retrospect, that was the smartest decision I could’ve made.

I’m not going to sugarcoat it, as of right now, Sumba Island is still reserved for the most adventurous of travelers. The roads were bumpy and long. The lodgings were basic. The beaches were beautiful, but lacking in the most basic of infrastructure (no bathrooms, no cafes/restaurants, nothing but sand, water, and mangroves.) I thought I’d been to deserted beaches before, but Sumba took the phrase “deserted beaches” to a new level. Still though, was visiting Sumba worth it? I think so. I’m so glad I went.

Places to Visit in Sumba Island:

From the road, we could see the tall grass-roofs of traditional Sumba houses peeking above the treeline. Kampung Ratenggaro is one of the most visited traditional villages in Sumba. Located next to a beautiful and deserted beach, it’s also one of the most picturesque.

We went inside the biggest and tallest house, said to belong to the chief. The house itself was empty of personal belongings so I don’t think anybody actually lives in it anymore. After my eyes adjusted to the dim interiors, I noticed there are animal skulls all over the place.

Around the village as well as in the center area are mausoleums. Huge blocks of stone are cut and dragged great distances to the mortuary ground to construct these. For an outsider like me, it seems weird to live among so many reminders of death, but to the Sumba people – most of them still hold on to animistic belief – it’s just part of life. 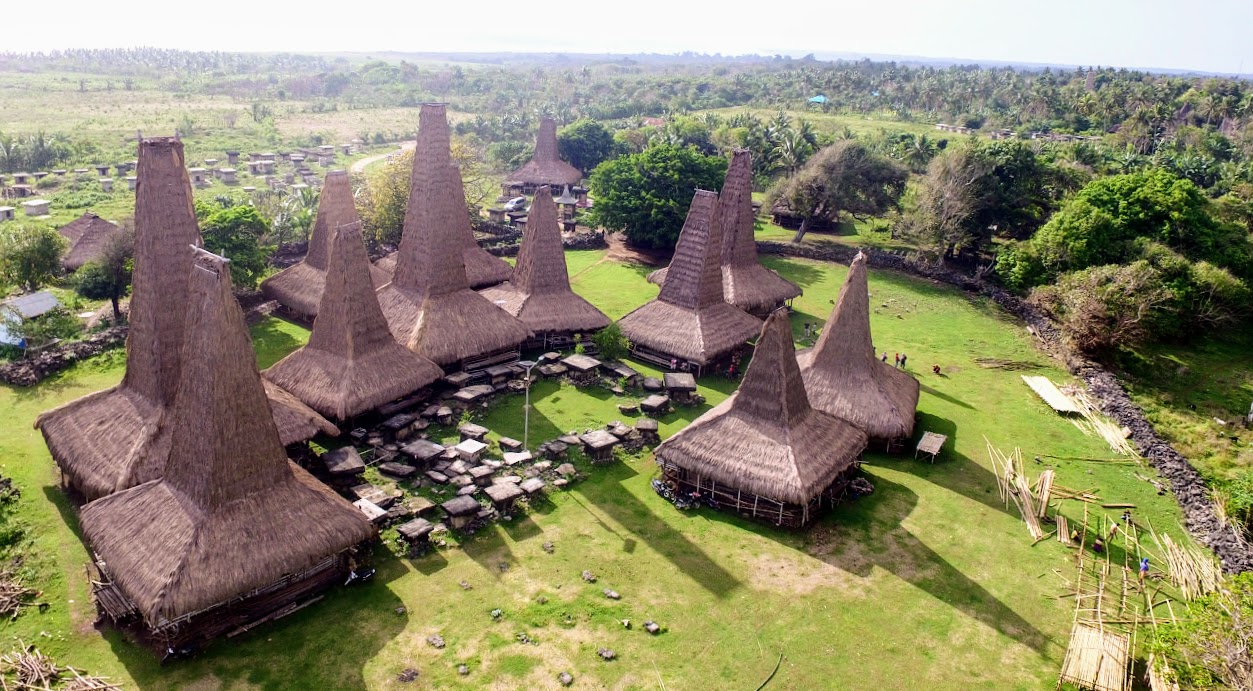 The rectangles at the center of the village are the mausoleums 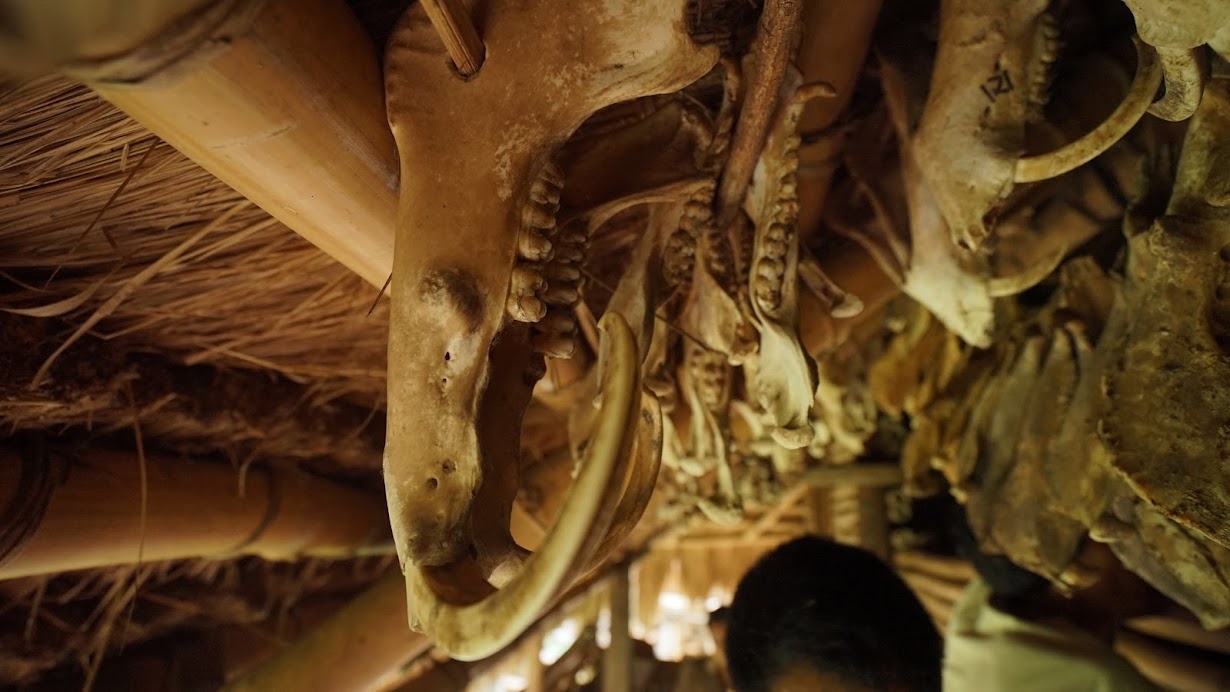 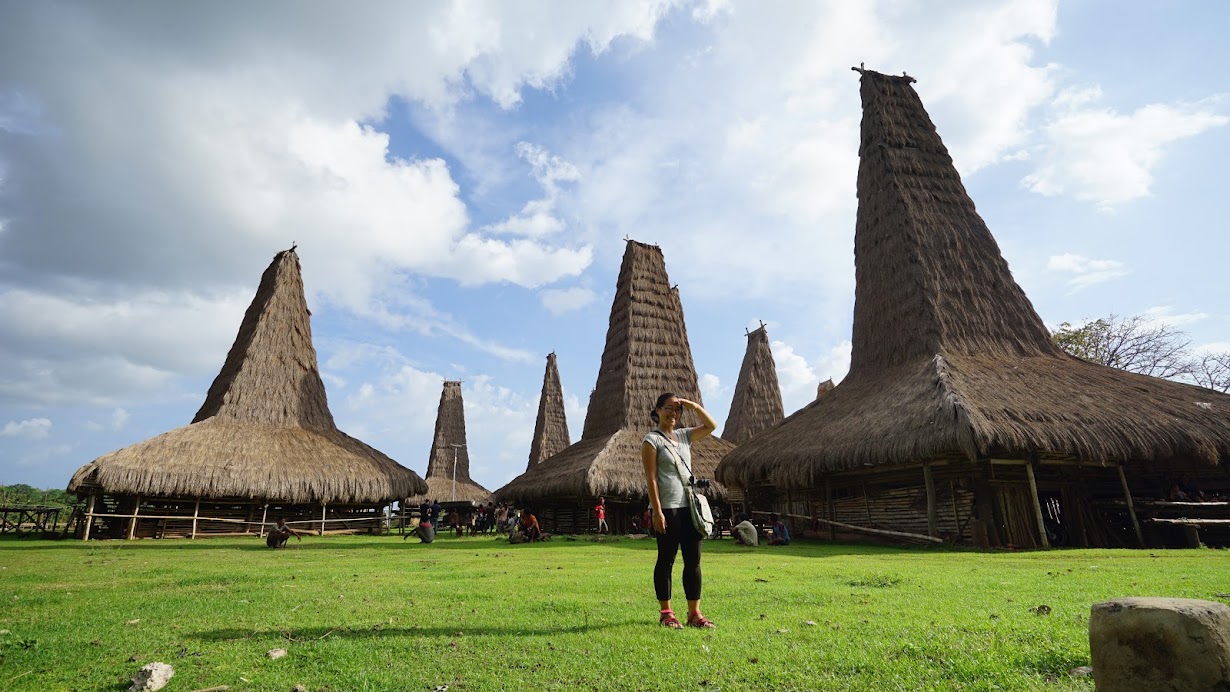 The traditional houses of Sumba 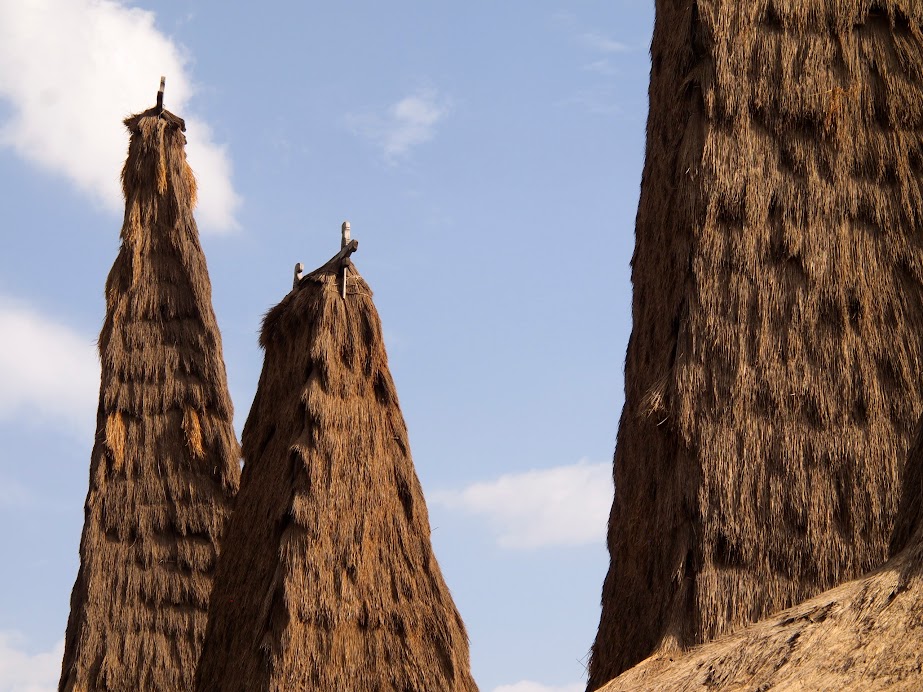 Details of the house tops

Having lunch at Tanjung Mareha

Having a bird-eye view makes it easier to appreciate Tanjung Mareha, this tiny sliver of land that juts out into the ocean. Can you imagine having lunch right at the point? The view was too much. 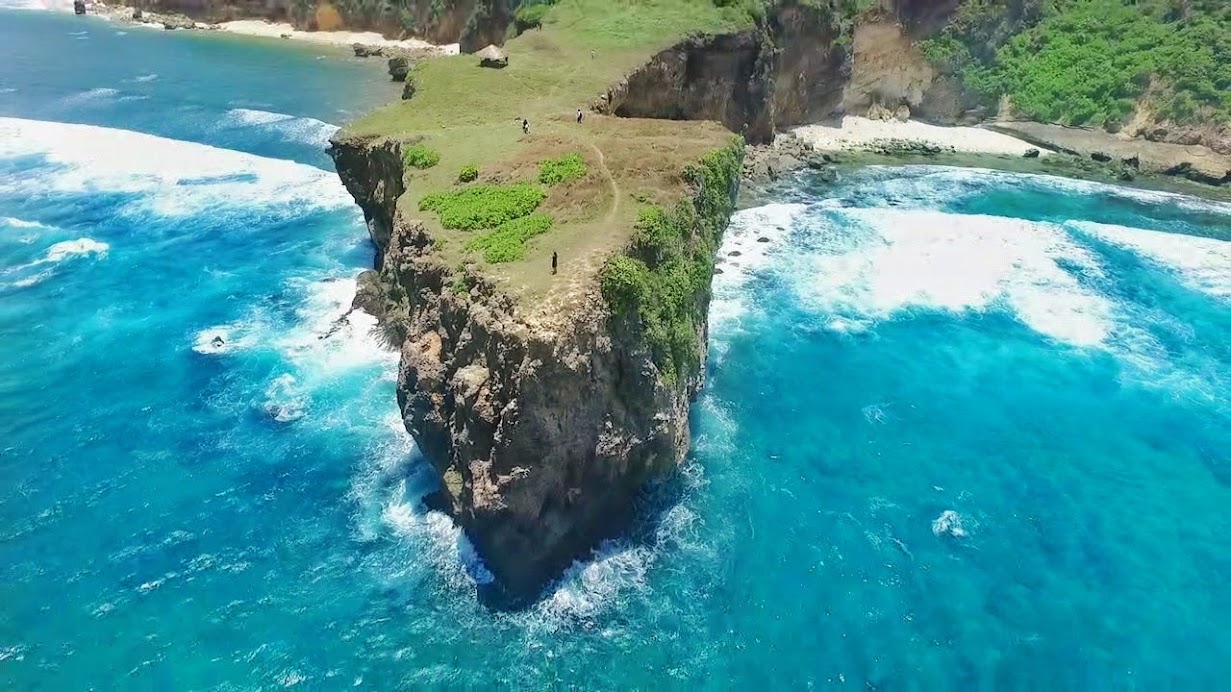 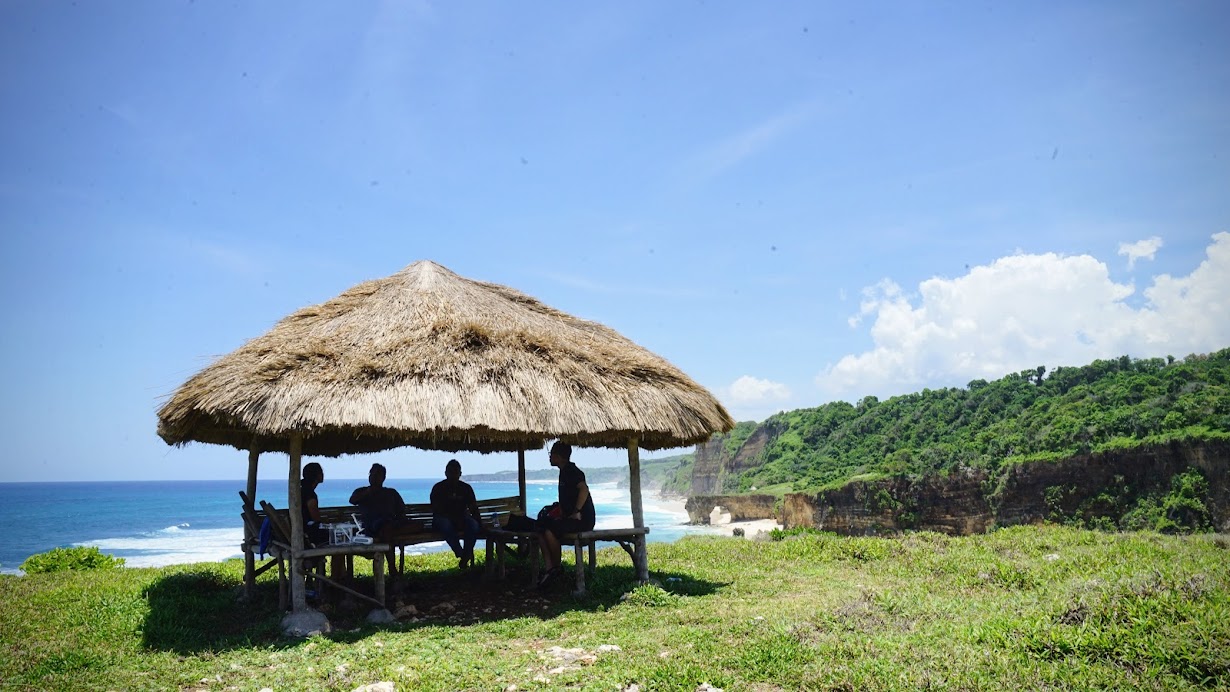 Our lunch spot on Tanjung Mareha

It’s one of the most striking beaches I’ve ever seen. The sea was too rough to swim in (not for Jack of course who immediately swam past the break), but the rock formations were gorgeous. Plus, we had the place to ourselves (actually, in Sumba we had the beaches to ourselves most of the times). 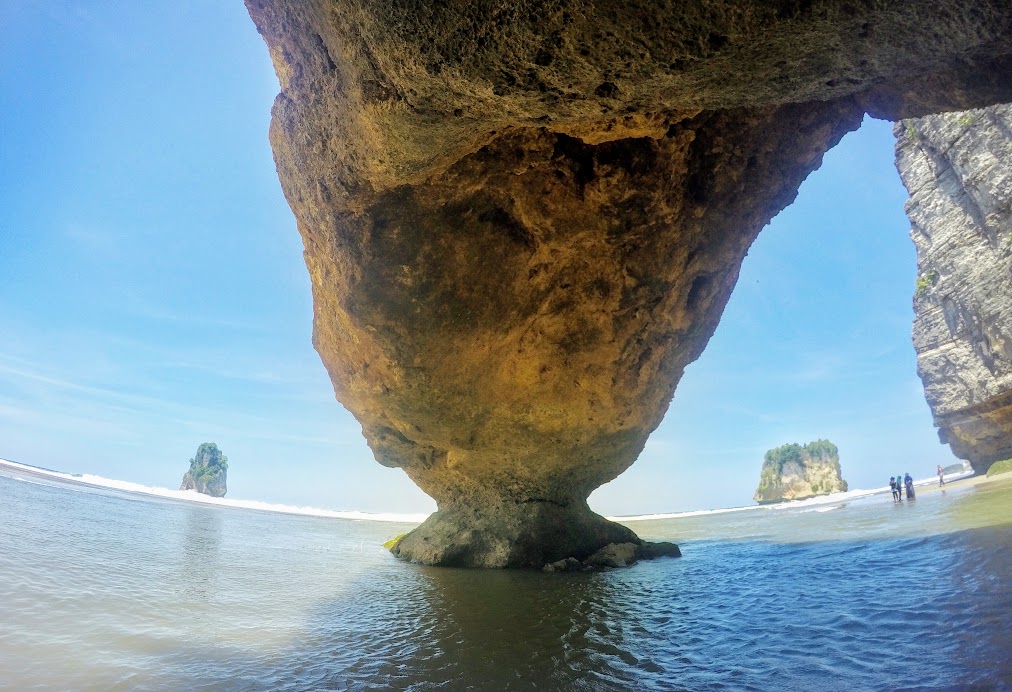 Swimming under the arch and looking up 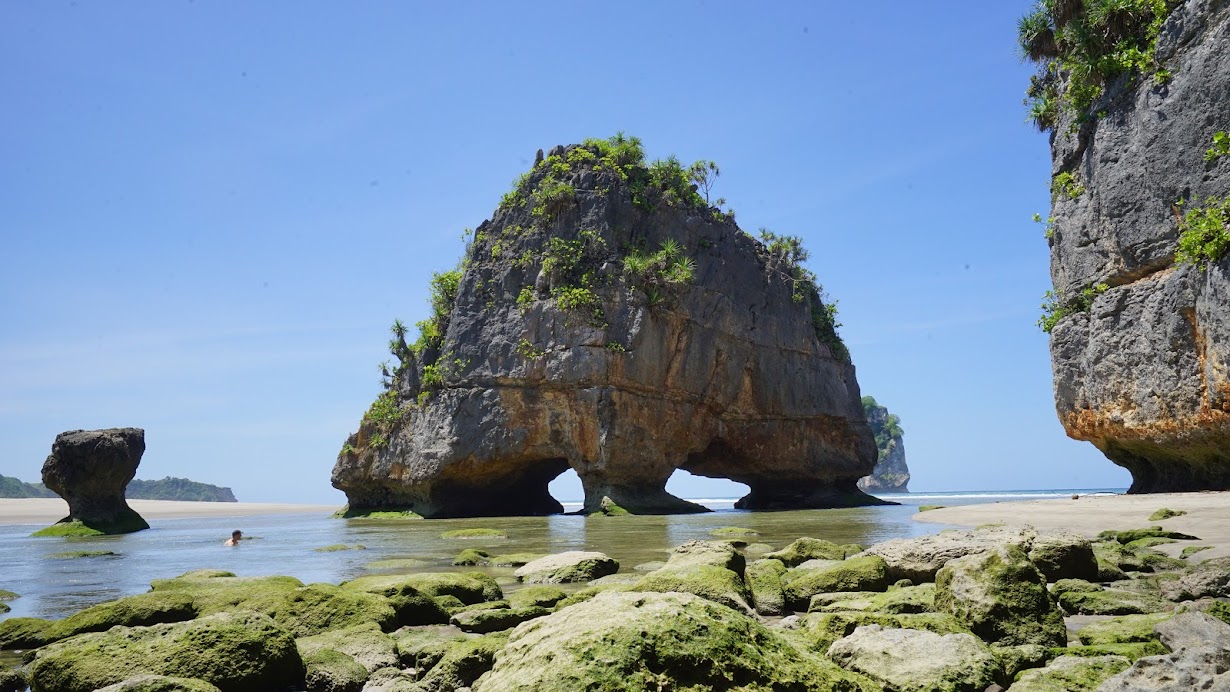 When you think of a classic tropical beach, you might as well think of Tarimbang. It is as classic of a beach as it gets: endless white sand beach that curves gently at the end of a horseshoe bay. This beach is so remote (3 hours from nearest town – Waingapu) and so undeveloped you have to really want to get here. The only accommodation here is Marten’s Guesthouse, a 10 minute walk away. We were the only non-surfers (and non-foreigners) guests at the guesthouse. 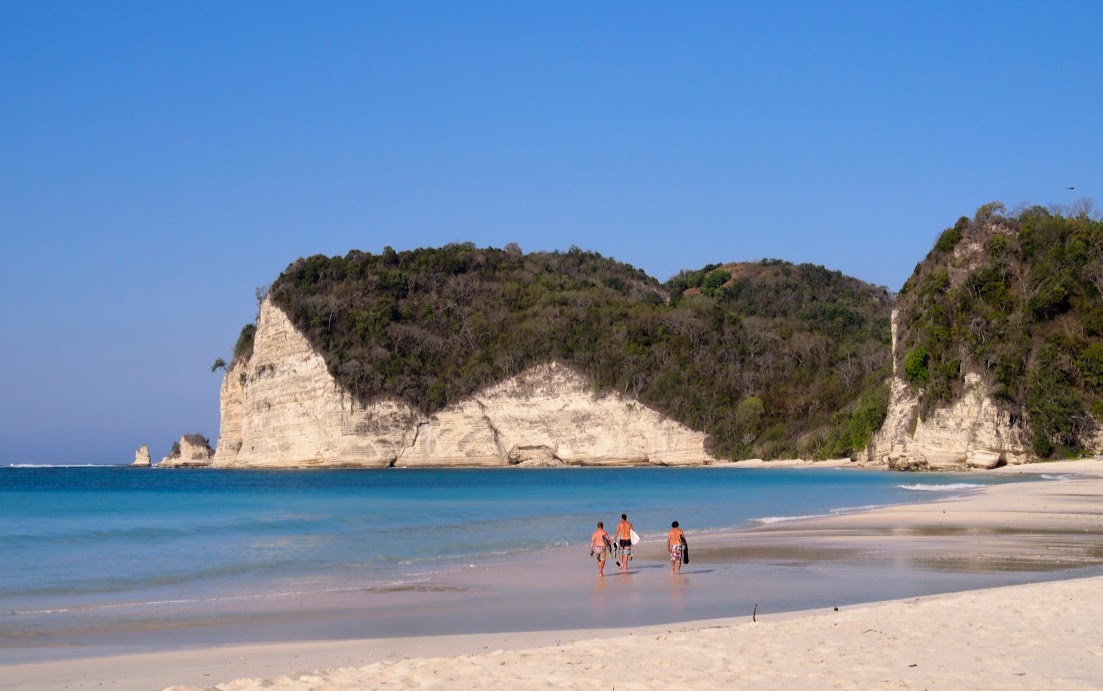 Isn’t this the most perfect lagoon you’ve ever laid eyes on? I’ll let the photo speak for itself. 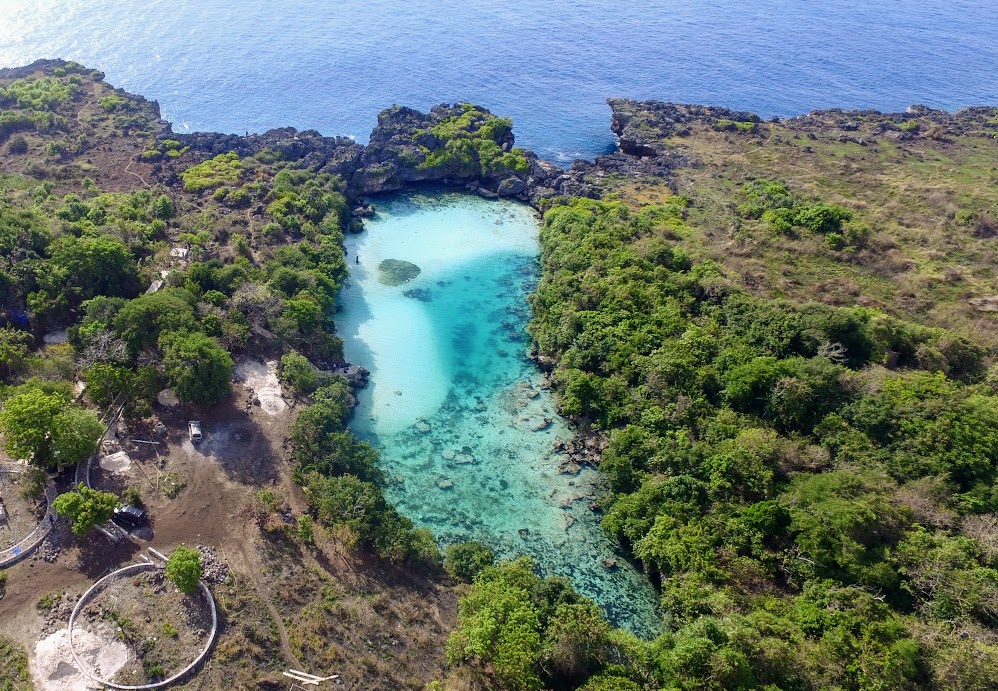 Weekiri Lagoon, come at high tide otherwise the water level will be too low to swim in. 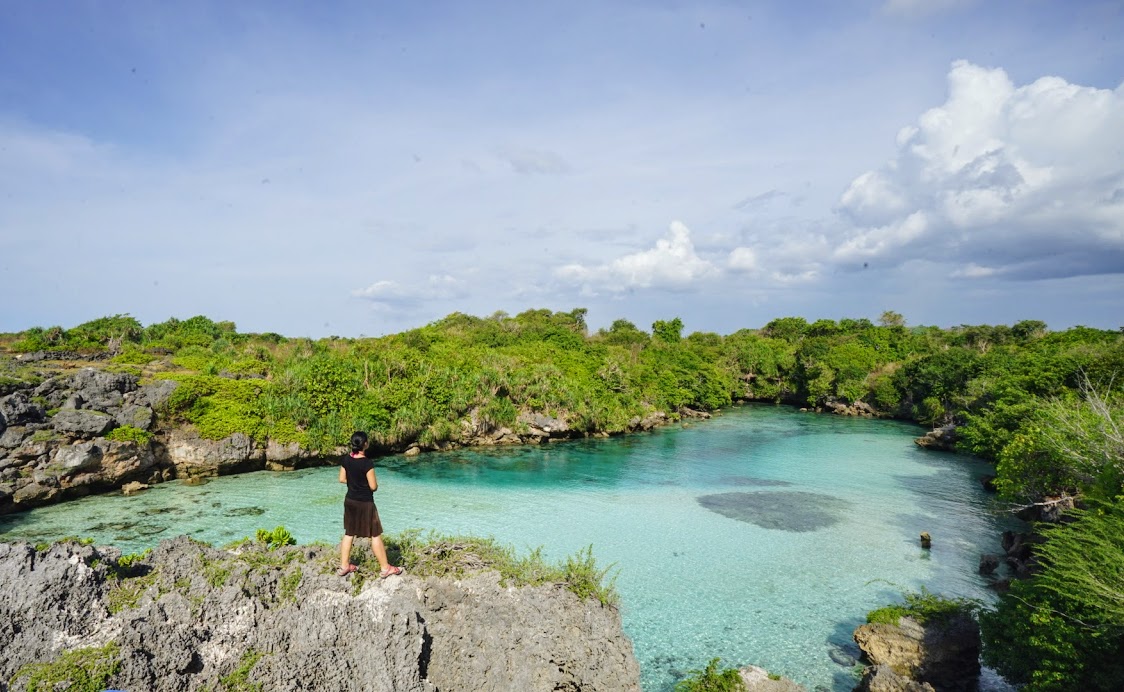 Can’t wait to jump in!

Walking among the dancing mangroves of Walakiri Beach

Mangroves are some tough plants. I’m not sure how they manage to live being submerged in brackish water like that, but they do. If I were a plant, I’d want to be a mangrove.

Walakiri Beach is so gently sloped that you can walk pretty far out during tide to be among the mangrove trees and still be only knee-deep in water. There are tons of starfish on the beach and the colors during sunset are incredible. 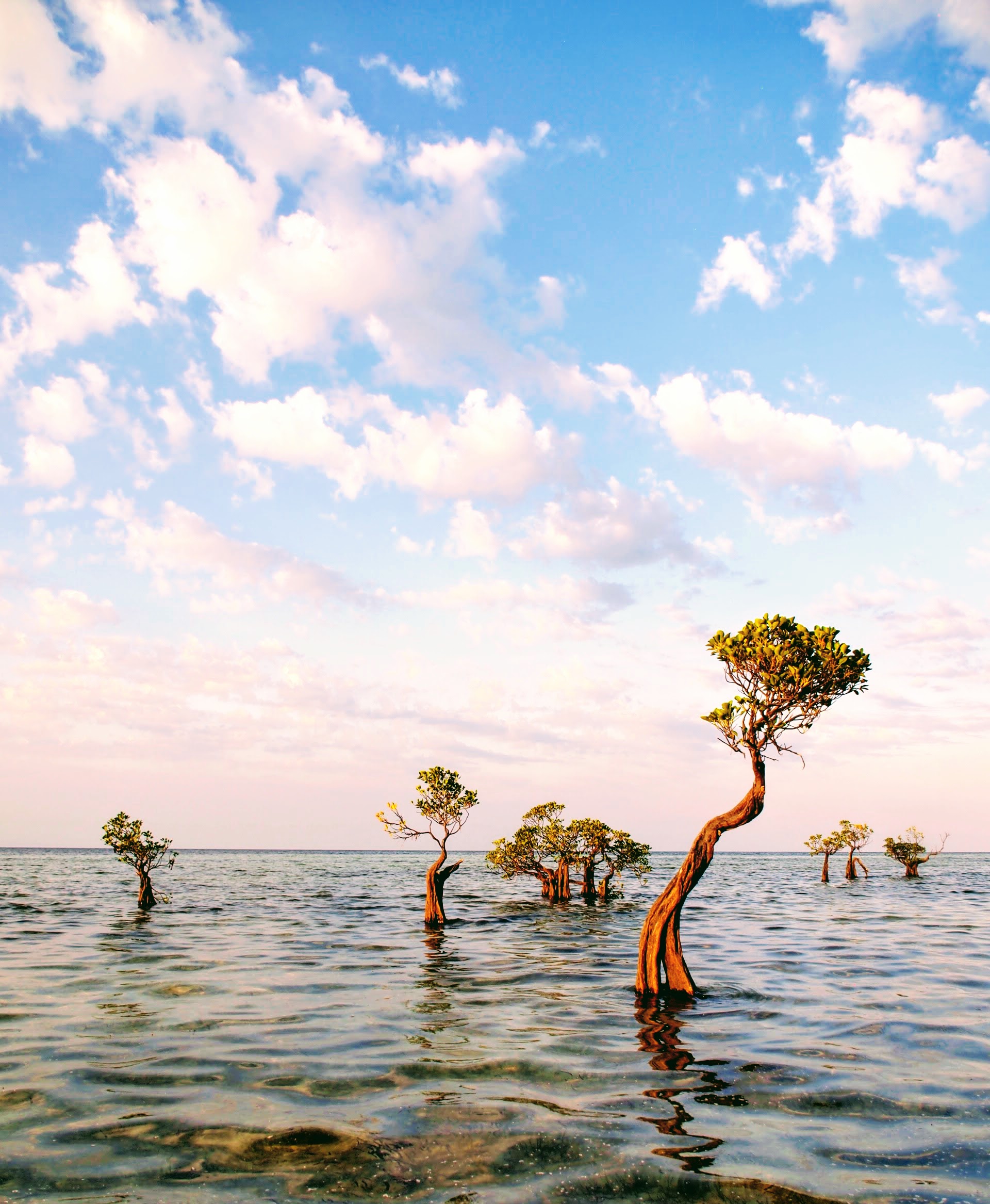 Because of the long distances involved, I didn’t get to see much of the eastern part of Sumba and missed out on: Lapopu Waterfall
Lapopu in December was massively underwhelming. What we saw was a muddy torrents that look nothing remotely inviting. I believe that dry season (July & August) would bring a much better experience. Some waterfalls are best seen when there’s less water.

Could Sumba Island be the next Bali?
It still has a long way to go but I believe it has potential to give Bali a run for its money. Only time will tell.

If you’ve been to Sumba, I want to hear from you. Tell me about your experience in the comment section.

Sumba is one of the poorest regions in the country with many of inhabitants lacking clean water, proper housing, and education. Stray animals are abundant and in poor conditions. It’s heart breaking. Tourist infrastructure is still mostly non-existent which means that it’s hard to depend solely on public transportation. Except for surfer-hangouts like Marten’s Guesthouse in Tarimbang, there are no hostels, only small hotels in bigger cities and bungalow rentals on some beaches. Renting a car with a driver is necessary if you want to explore the island. They don’t come cheap ($75-$90/day) but having a local driver/guide will be immensely helpful. Not much English, if at all, spoken here.

If I were to do it again:
I’ll come visit in Spring for Pasola – a pre-harvest fertility ritual. The ritual involves 2 groups of horse riders throwing spears at each other. From I’ve heard, it gets very messy. They believe that the more blood is spilled on the ground, the better the harvest will be. Yeah. Did I mention that Sumba people are known warriors?

Getting there:
At least 2x daily flights from Denpansar, Bali to Waingapu, Sumba with Lion Air or Garuda.

Where to stay in Waingapu
Villa Amidala – quite possible the most luxurious accommodation you can get in Waingapu ($200/dbl).
Tanto Hotel – basic, clean, good value for the price ($22/dbl)

Tour option:
The tour company that I went with is Berangan. All aerial photos in this post were taken by Indra, the owner, with his Phantom 4 drone.