Is Savannah The Most Romantic City in the USA?

After spending some time in Savannah, I couldn’t come up with a better word to describe the city other than ‘romantic’. I think Savannah might be one of the most romantic cities I’ve ever set foot in.

I didn’t ‘do’ anything while in Savannah, not because it’s lacking of things to do (ghost tour seems to be a popular thing to do in Savannah), I was simply content walking around soaking up the atmosphere. 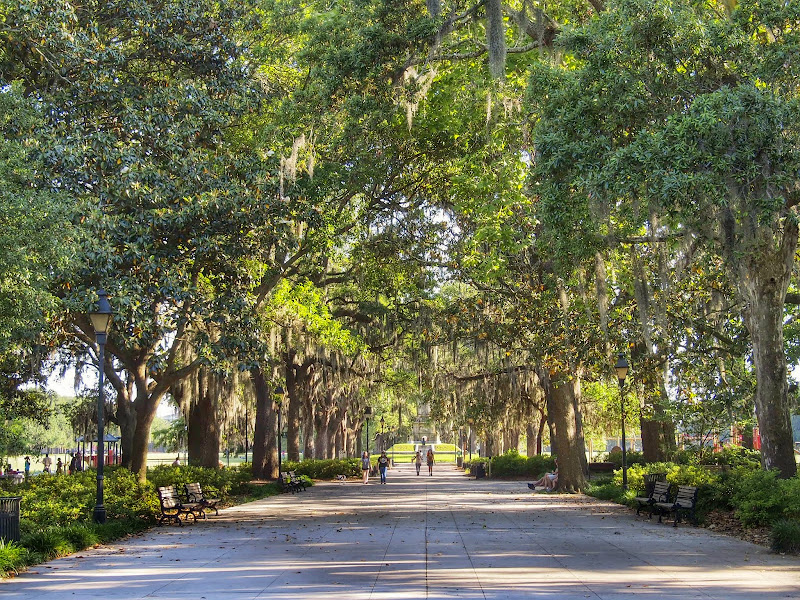 If I were to build a romantic city, I could learn a lot from Savannah. This is what I’d do:

I’ll plant old growth trees anywhere I can. Then I’ll do anything in my power to get those Spanish moss to grow on those trees so the whole city looks like it’s been invaded by Ents from Lord of the Rings.

To see the finest example of spanish moss draped oak trees, head over to Wormsloe Historic Site. Savannah doesn’t get more iconic than this: 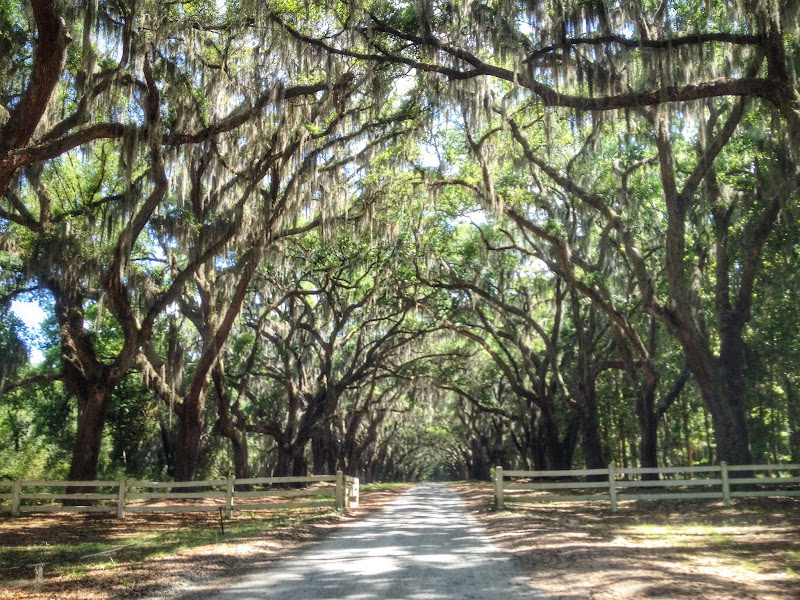 Some people think they’re spooky. And I guess if you find yourself in Bonaventure Cemetery at night, I can see how they can be. (Then again, aren’t all cemeteries just a tad spooky at night?) 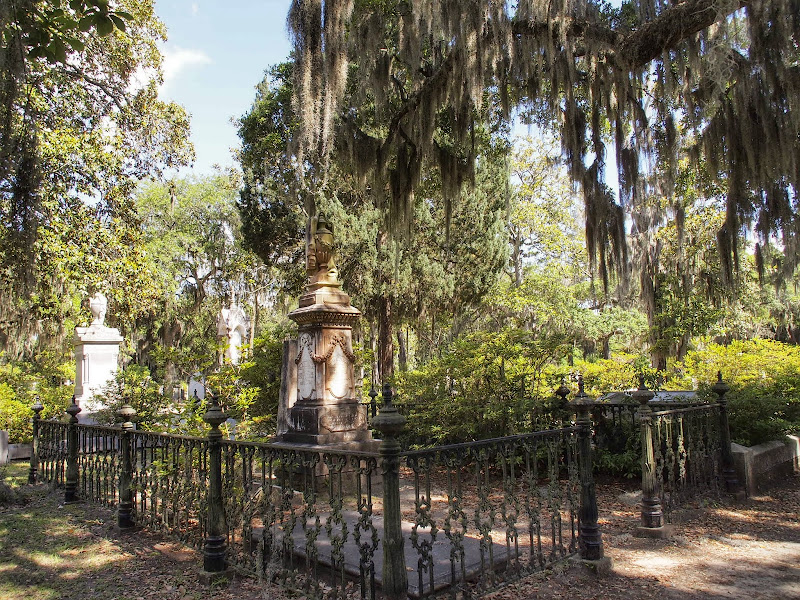 Add a little heat to slow things down

The pace is slower here in Savannah. It’s hard to rush from one place to another when it’s 80 degrees out. The heat is so thick you can smell it. It forces you to savor the day. To linger. To steal time from work for long afternoon naps.

Build a lot of squares 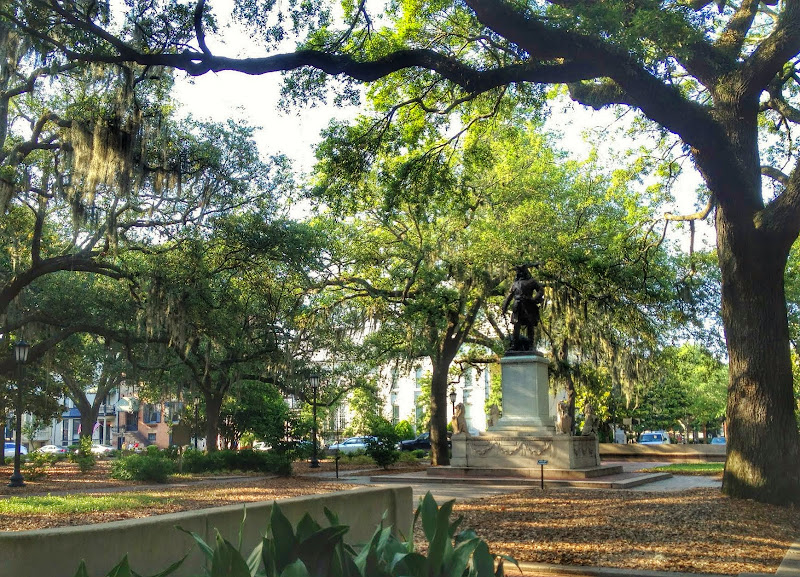 One of the many squares in Historic Savannah 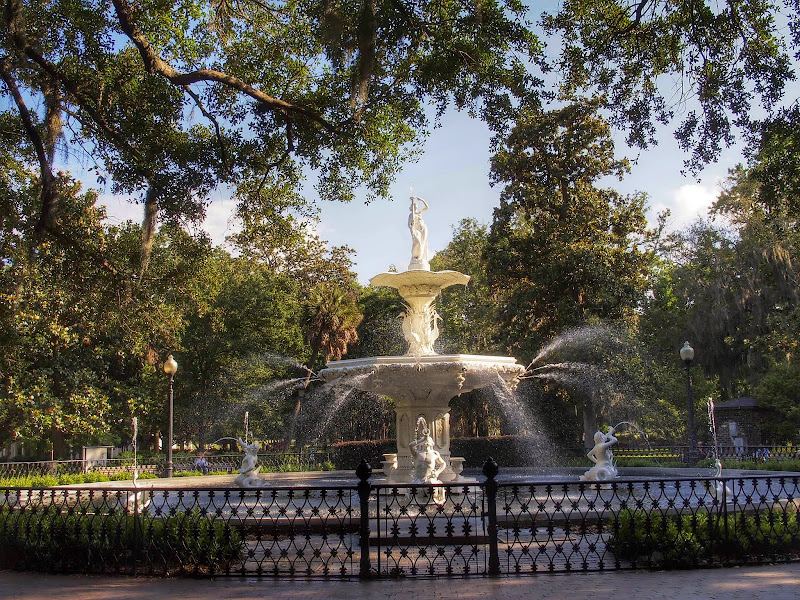 A fountain in Forsyth Park in Savannah

I think the world would be a much better place if only more cities have squares.

Savannah’s full of gorgeous squares (21 of them!) with trees and benches and grassy lawns to take those afternoon naps. As a matter of fact, old city plan map reveals that Savannah was built from the ‘squares’ up – with streets and buildings organized around a central square. They were not afterthoughts, but a critical part of the city foundation.

Seriously, why don’t we (the US) have more squares? They’re a great place to hang out and get to know your neighbors. Especially in early summer evenings when the inside of your house gets unbearably hot. 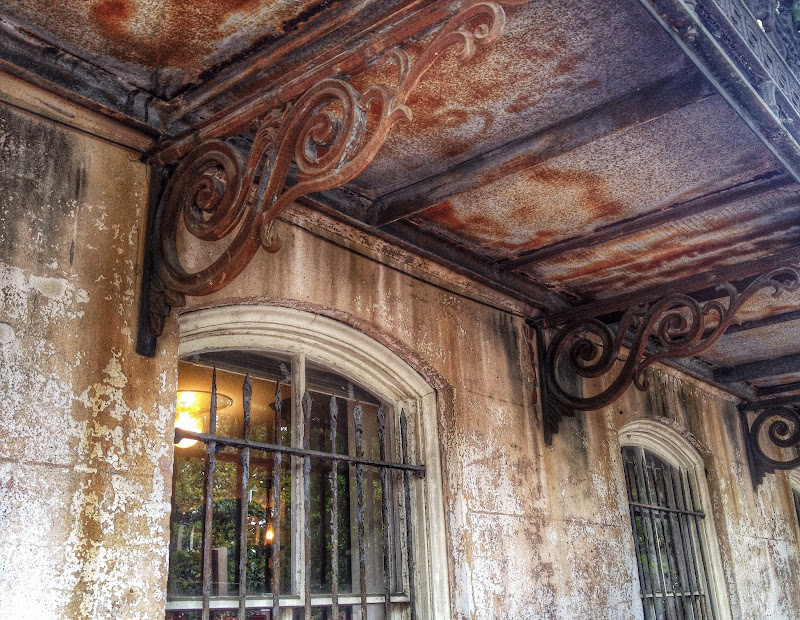 Details of a building in Savannah History District 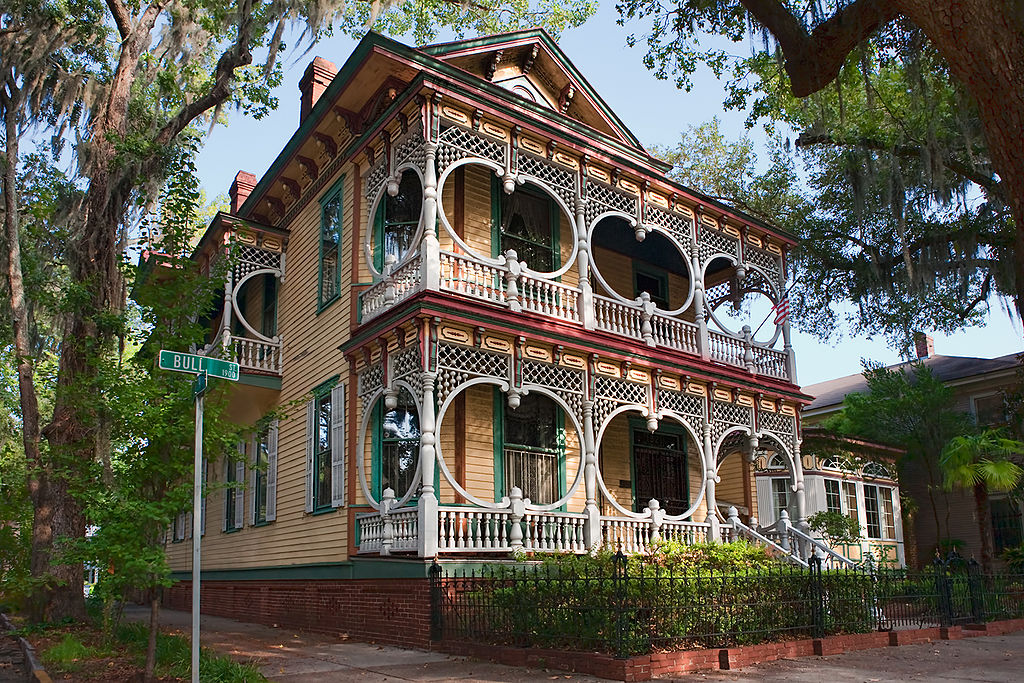 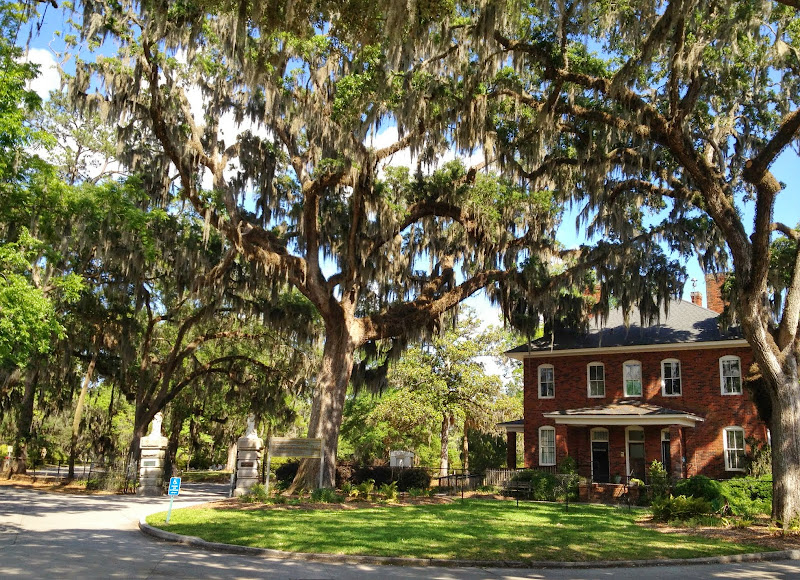 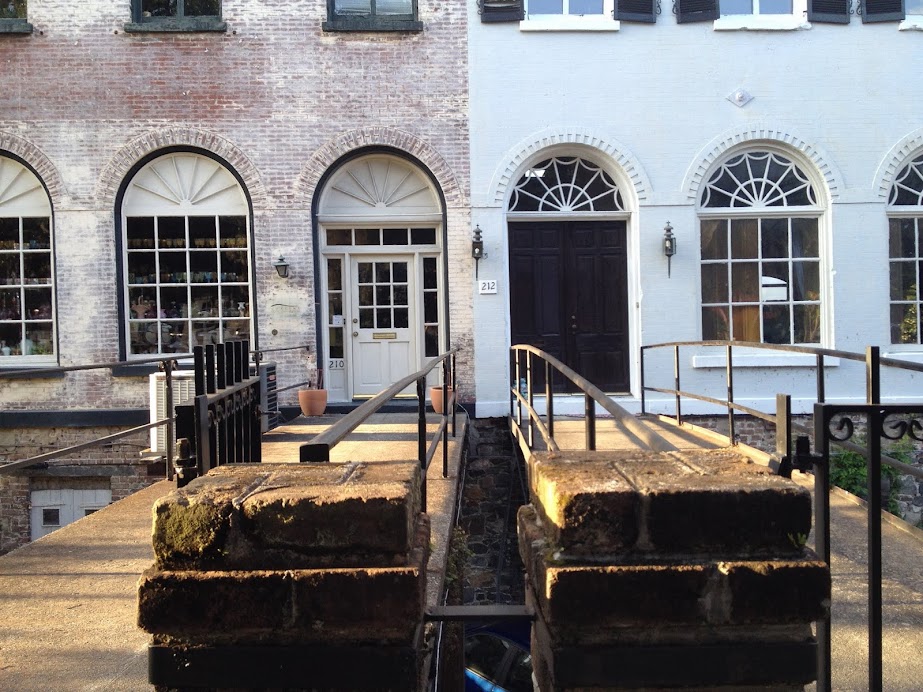 Window and door details in Savannah

In my world, Moab is the most adventurous city title. San Francisco is the hippest (and priciest). Seattle is the funnest. Portland is the wackiest, while Savannah – just won the title for the most romantic city in the USA. For now at least.

—
What do you think is the most romantic city in the US? 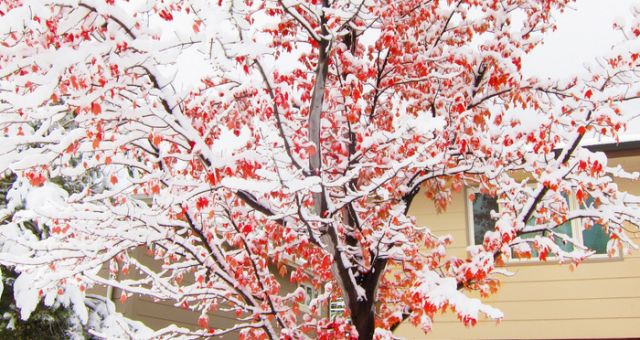