My Indonesian parents’ biggest fear is to have guests leave the house hungry and they were concerned that Jack wouldn’t be able to find anything to eat during his first visit to Indonesia. What if he can’t eat rice everyday? What if everything is too spicy for him? What if he gets sick from eating street food? Should we have KFC on speed dial? Their questions to me about Jack’s eating habit were relentless.

So, when my parents found out that Jack loves chicken noodle – and spicy food, and street food, as well as having an iron stomach to go with it – they took a big sigh of relief.

Their major concern that this Western husband of mine would starve had been completely unfounded. Chicken noodle, or ‘mie ayam’, are a dime and a dozen in Indonesia.

Mie ayam is a very simple dish on the surface. But don’t let the simple ingredients – noodle and chicken – fool you.

Think of the American chili: every restaurant seems to serve a version of it, every family seems to have a winning chili recipe. Food.com apparently has over 3700 chili recipes. They have roughly the same ingredients, but none are exactly the same.

I think all in all, Jack has tried at least 20 different versions of ‘mie ayam’: from major chain such as ‘Bakmi Gajah Mada’ and ‘Mie Naga’, to street food vendors with chili sauce which shade of orange can’t be found in nature.

Now just in case you’re heading to Indonesia and are dying to get your hands on some good mie ayam, Jack has been doing an extensive research on this field and he would like to tell you that the BEST chicken noodle can be found in An old family favorite – I distinctly remember eating there when I was still a wee one – this restaurant has been around for more than 3 decades. It has definitely been around long enough to know the secret of making the perfect ‘mie ayam’.

The chunky white chicken meat was perfectly seasoned. The fried shallots sprinkled on the top provides a nice contrast in texture, and the noodle was perfectly cooked. And the broth was just perfect — not too oily, not too salty.

I guess the only downside is the smallish portion. Both Jack and my brother had to order a second bowl to feel full.

It has been quite an extensive research.

—
Now that you know where to get the best mie ayam in the whole Java (and quite possibly Bali and Lombok as well), Jack will also show you…

How to best eat a mie ayam 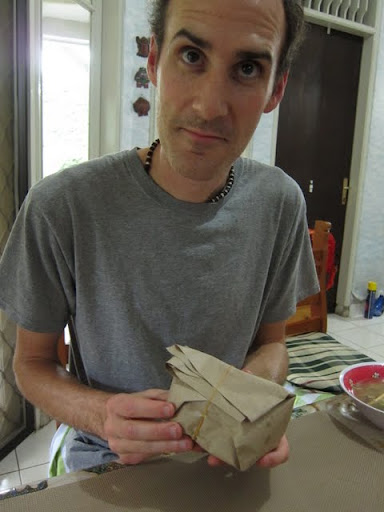 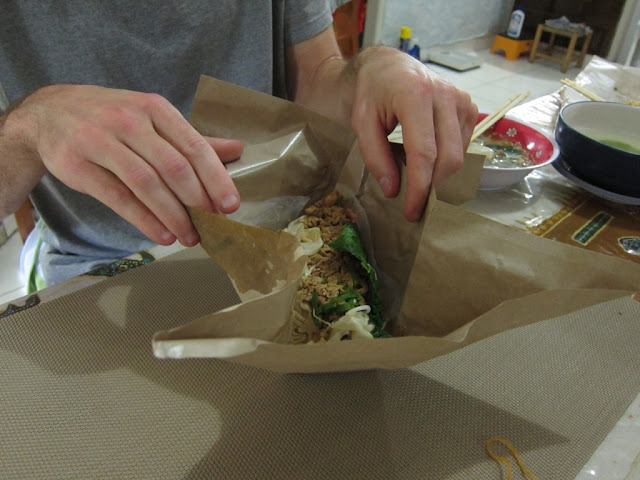 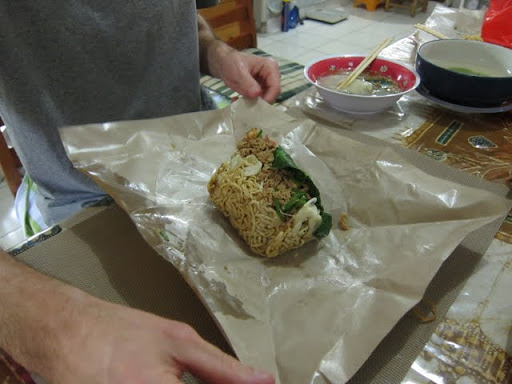 Reveal the noodly-goodness of the chicken noodle 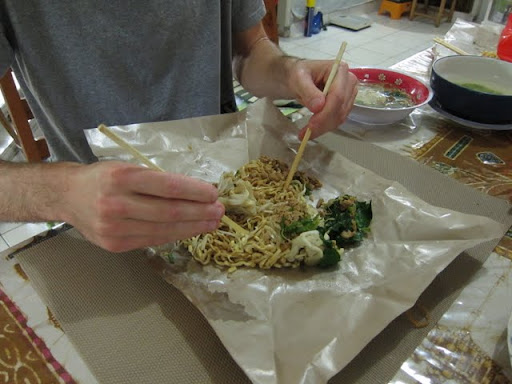 Loosen up the noodle with a chopstick

4. Put Mie Ayam in a bowl. Pour soup onto the Mie Ayam. 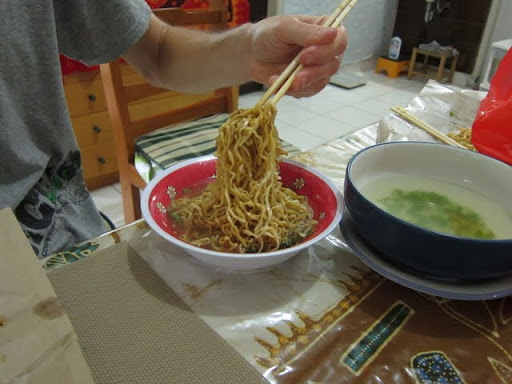 Pour half of the soup onto the noodle 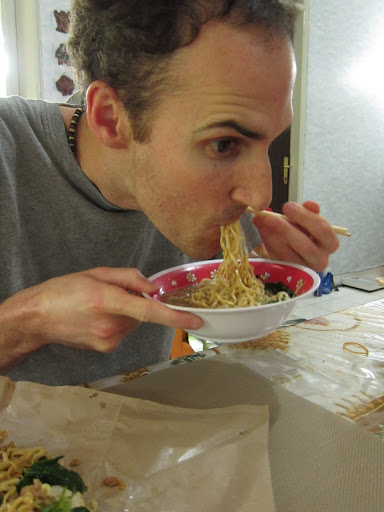 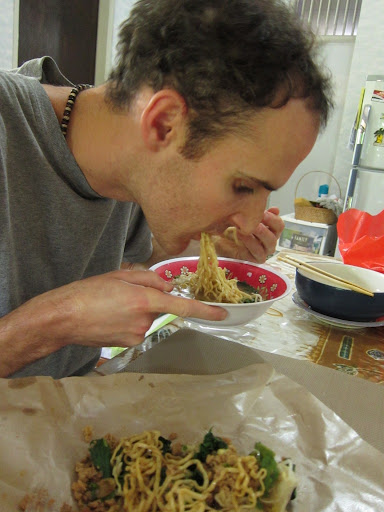 7. Keep Eating… but be careful 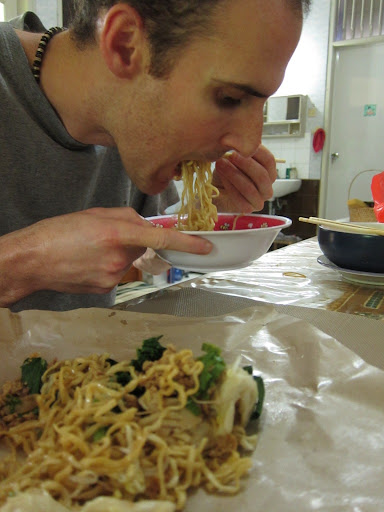 Eating too much Mie Ayam will make you crazy 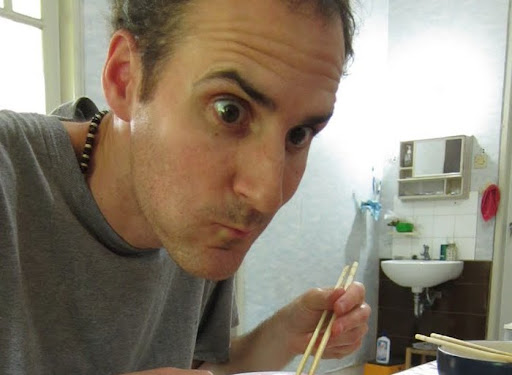 It can make you.. nuts! About mie ayam!

You have been warned.

Related posts:
– 7 Quirks of Indonesia
– 5 of Our Favorite Spots in Java
– The quest for the most expensive coffee

Other tutorial-like-but-not-really posts:
– How to get your ass kicked by a mountain: 11 Easy Steps

Did you enjoy the tutorial? Do you think you’re ready to eat some mie ayam now without going nuts? :p