Reasons to Love My Time Out in Safranbolu 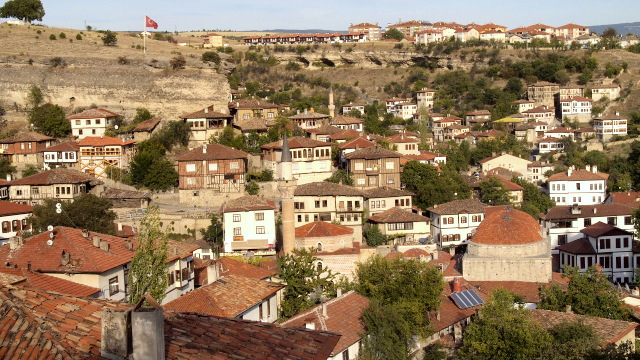 My arrival in Safranbolu didn’t go smoothly. I got off the bus a little past midnight. I had called ahead with my arrival time and the owner of the guesthouse I was staying in promised to pick me up. 20 minutes went by without any sign of Genghiz (yes, like the Genghiz Khan). I called him up and was told “I’m on my way!” – another 20 minutes went by. Then another 15 minutes.

I started to get uneasy. The ticket booths were closing one after another until there was only one left, a bright beacon in the dark station. I was afraid that was going to be closed soon leaving the station completely deserted except for one sleepy security guard.

Then a thought occured to me, “Where am I exactly?”

I walked over to the security guard and shoved my phone to him, gesturing him to talk, and spilling my coffee all over him at the same time in the process (that sure woke him up). Thankfully he wasn’t too upset and obliged. After a few minutes of conversation in Turkish between him and Genghiz, they got it all sorted out. It turned out that I was in a bloody wrong city! Who knows how that happened?

Regardless I was so relieved to see Genghis 10 minutes later. It was close to 2 am when I finally collapsed in a tired heap in my hostel dorm.

I was finally in Safranbolu!

So, what is Safranbolu?

It’s my theory that there are 2 types of places to travel: a place to see things and a place to just be. Pamukkale and Cappadocia were places to see things. A lot of small cities fit in the latter category. Guidebooks often refer to these places are ‘atmospheric’ or ‘charming’.

Safranbolu is definitely a town of the latter category. I went there not on a whim, after having been diverted from my original plan to head south to Mardin and Urfa. This hillside town with its collection of renovated Ottoman houses proved to be a nice break from the whirlwind trip I was doing and I ended up staying for a lot longer than I expected, ‘soaking the atmosphere’ to borrow the cliche. Many afternoons I found myself with a cup of tea and my Kindle at the local teahouse.

So what’s there to do in Safranbolu when there’s nothing to see? 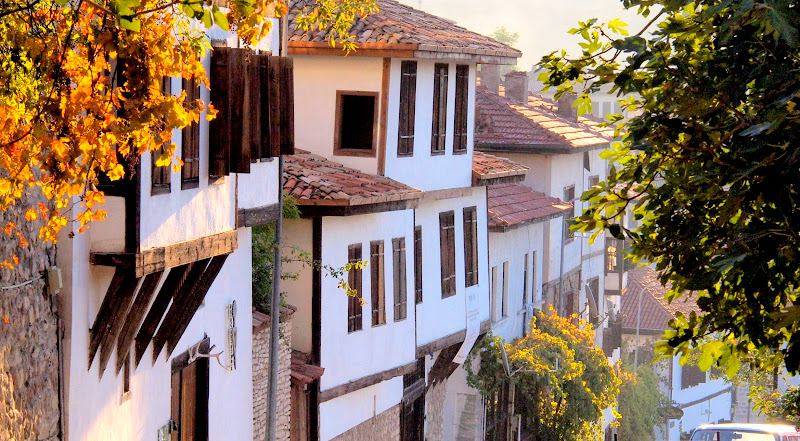 Taking morning walks in Safranbolu’s old town. I love watching a place wake up. Turkish people in general are not morning people so often time I found myself alone, walking on the cobbled streets and watching the white painted walls of the Ottoman houses light up one after another under the rising sun. 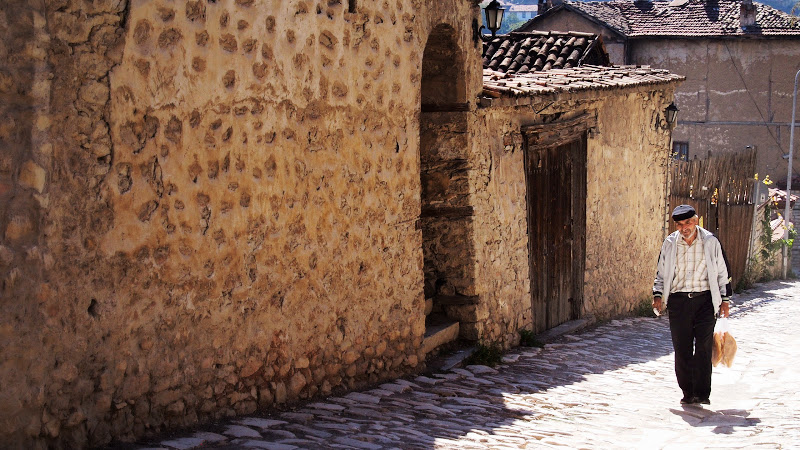 Making friends over tea and simit. In Safranbolu there’s always a group of locals hanging out in front of a tea house in the bazaar. Inevitably I’d get invited to sit and drink tea. Sometimes one of them would run to the simit factory and got a couple of them to share. Turkish hospitality never ceased to amaze me. 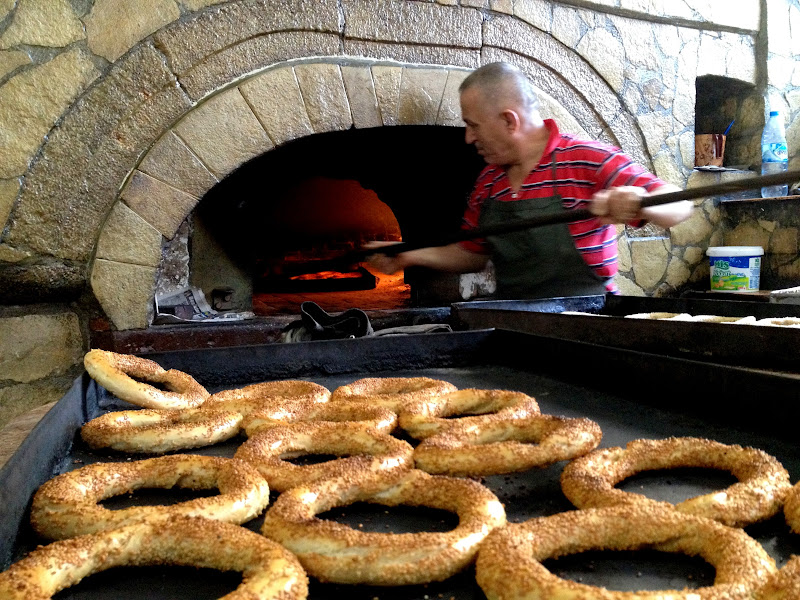 MORE: Turkish people simply have no idea how to treat strangers

Try many samples of lokum. Safranbolu is known for its Turkish Delight and there are many stores in the history part of Safranbolu that offer a tasting. This guy is my favorite. Even after I bought a box from him, he always offered me samples everytime I walked by. He always seemed to have a group of tourists around his small store in the bazaar because he was very generous with samples. 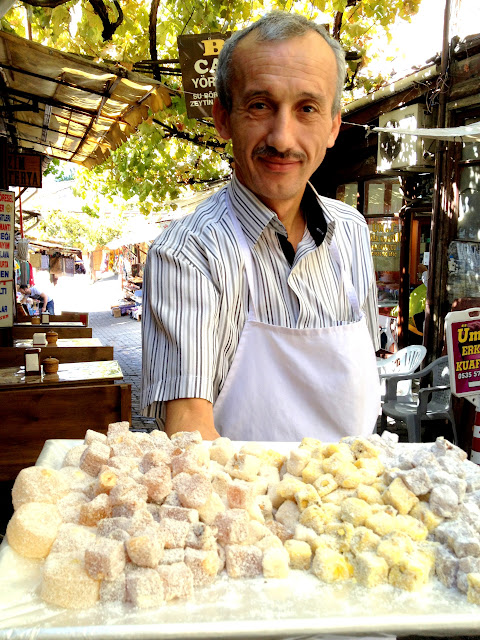 The lokum, ‘Turkish Delight’, of Safranbolu

The local hammam. Safranbolu’s hammam is a landmark in the center of the town. It receives mostly tourists nowadays but it’s still a nice place to relax on a cold afternoon. You’re welcome to stay there as long as you want but they often try to hassle you to leave if it gets busy. 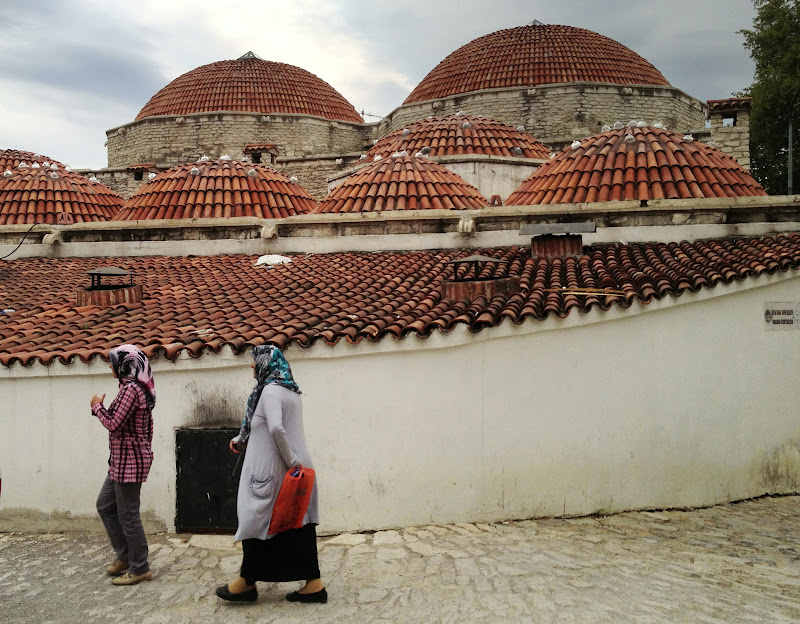 Visiting the bakery. I always finished my morning walks at this bakery – one of the few places that are open early – and drawn by the smell of freshly baked bread. There was bread after bread after bread coming out of the oven among the blue and yellow tiles. The crust is still crunchy and inside moist and chewy. It goes so well with those bitter Turkish tea. 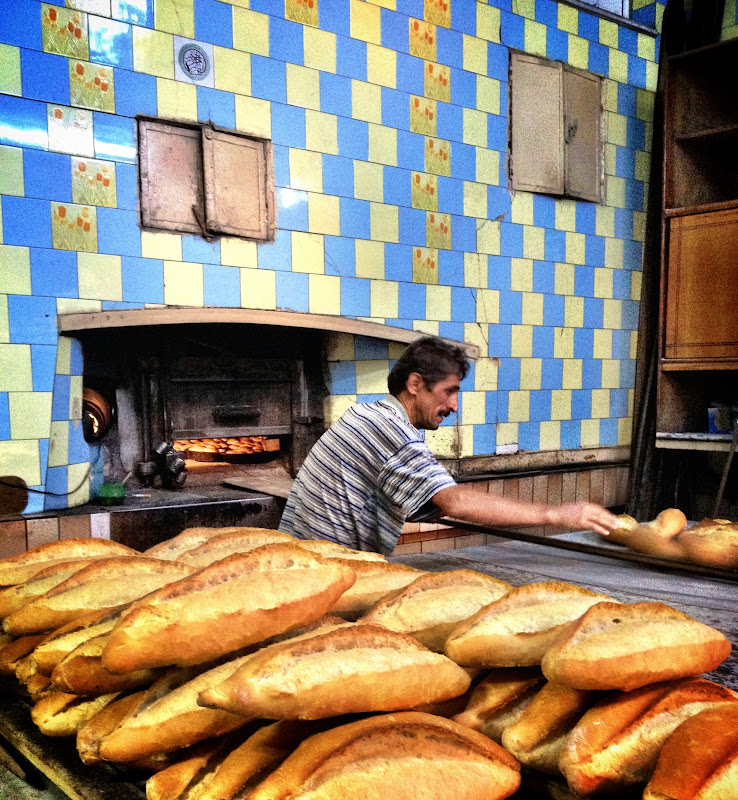 Taking a day trip to Amasra. If you’re craving some fresh seafood, the resort town by the Black Sea is only a couple of hours away. I went there with Genghiz, the owner of a guesthouse I was staying with, his wife and 2 other travelers. Amasra, and later I learned any seaside resort town, wasn’t my cup of tea, but the fresh seafood was a welcome change.

I know what you’re probably thinking, “Oh my gawd, Jill – that sounds really boring. All you do is eating candies, drinking tea, and walking around.” Well, yes. But sometimes after moving around so much (and in this case, many overnight buses), that’s exactly what I was in the mood for. The more I travel the more I learn the early signs of getting burn out and the need to slow down.

I wasn’t the only one who ended up in Safranbolu longer than planned. A young Korean man was helping Genghiz run his 3 guesthouses in Safranbolu. He said he came here as a guest. I asked him how long he’s been here, “Oh, almost 6 months now. I just ended up staying.”

Yeah, Safranbolu is simply one of those towns….

Where the heck am I?

One thing about Turkish bus system that drives me crazy, you don’t always end up in a town that your ticket says.

So apparently if you’re arriving from Ankara, even if the ticket says Safranbolu, sometimes the service ends at Karabuk, an industrial town 10 km away from Safranbolu. From Karabuk, you can take a minibus to Carsi, Safranbolu’s old town proper.

Don’t make the mistake that I did, when arranging a pickup in Safranbolu, ask the ticket office if your bus is actually going to Karabuk or Safranbolu proper.