Barichara – Where Is Everybody?

The very first thing we noticed as soon we got off the bus in Barichara was how quiet everything was.

After the hustle and bustle of the main square of San Gil, and even Giron, the sight of a main square devoid of street food sellers, kids running around, and teenagers hanging out on the benches was striking.

As we were wandering around, we found that the stone streets of Barichara were almost always empty.

Every now and then an old person would walk by. He would stare at us in the same curious way I imagine we were staring at him. Glad to see somebody else is out and about.

There were walled courtyards half a block in length, but the colorful windows were shuttered closed, and the ornate, painted doors were padlocked. The empty street of Barichara 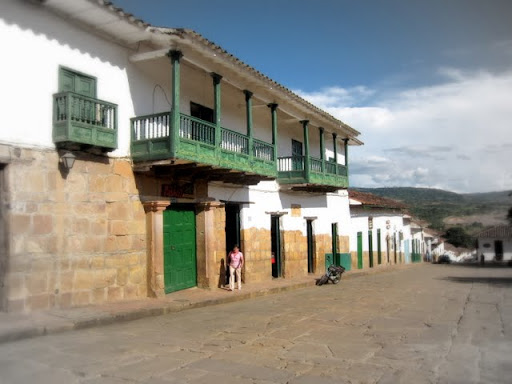 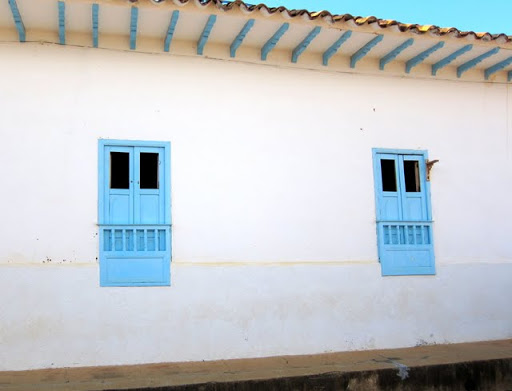 It’s like the pueblo is entering its hibernation period.

Multiple scenarios to explain this phenomena were running through our head.

Do the adults work in the city and commute?

Maybe they work on their farms outside the pueblo?

Maybe there’s a zombie population that’s holding these villagers hostage. They come out at night and feast on them and that’s what’s causing the population to decline? This would surely explain the lack of kids in this pueblo. Kids can’t outrun zombies. 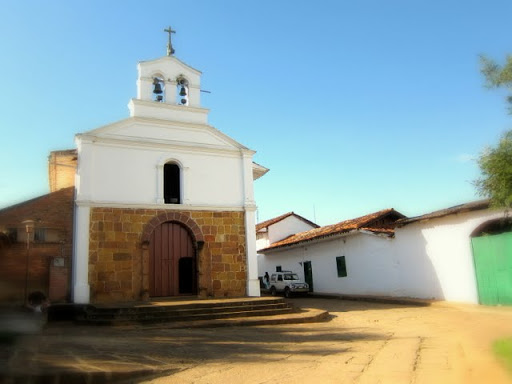 An old church in Barichara, Colombia

For a pueblo that has earned superlatives such as ‘most charming pueblo’, ‘most beautiful’, or ‘colonial gem’, we felt the pueblo was just a tad too quiet for our taste. Maybe it has done too good of a job of preserving a way of life from 200 years ago.

It doesn’t mean that it was boring to look at.

Oh no, quite the contrary, my friend.

Barichara has some very beautiful churches. The inside of the main church on the plaza was particularly beautiful to look at. 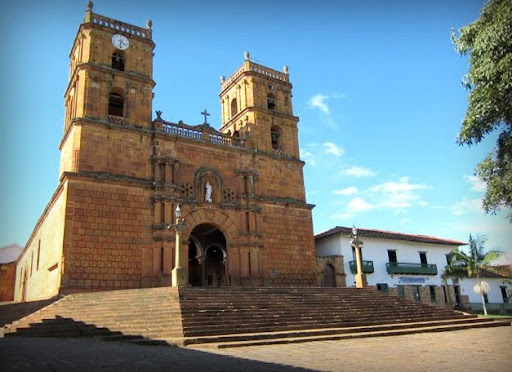 The main cathedral of Barichara 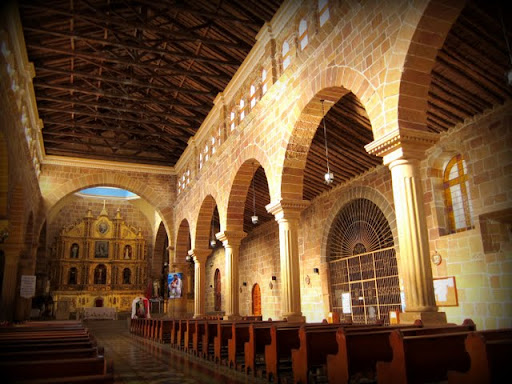 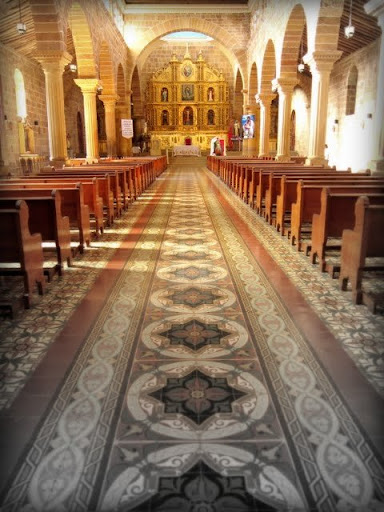 But this is probably my favorite building in Barichara. Jack couldn’t stop making fun of me when I told him that ‘it screams character’. 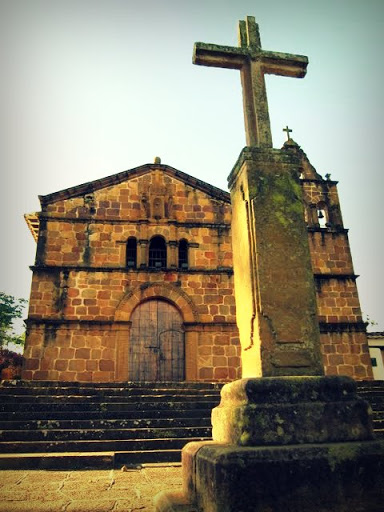 My favorite church in Barichara, Colombia

But it does! Don’t you agree?

Barichara also has an old cemetery, filled with ornately designed and carved tombstones. I don’t think I’ll ever get tired of taking pictures of churches and cemeteries. 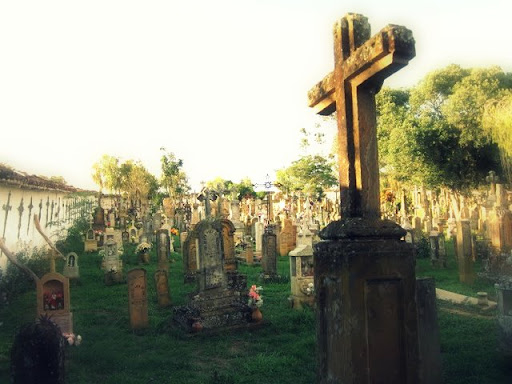 Barichara was photogenic, there’s no doubt about that.

But as we meandered around on its stone paved roads, and among blue and green painted doors and windows, I couldn’t shake the feeling that we were walking around a Hollywood movie set – albeit a pretty one at that.

Info Box
The colonial town of Barichara can be reached by a local bus from San Gil. 40 minute ride (3600 COP). The bus station is located on Carrera 10 in San Gil.
Facebook Twitter Pinterest