Being back in the US has given us a chance to catch up with family and friends who inevitable asked us questions about our 6 month trip to South America.

We’d say, “Oh, we started in Colombia then we went south to Ecuador, Peru, and Chile…” Usually as soon as they hear he word ‘Colombia’, they seem to tune out the rest of what we’re saying. Their eyebrows would lift up and we could see the question forming in their head from a mile away…

“What’s it like traveling in Colombia? Is it dangerous?”

(This and “So, did you see Machu Picchu?” were probably the top 2 most often asked questions.)

This is what we usually tell them:

Colombia? The food is not much to talk about. The bus rides will probably kill you. Other than that traveling in Colombia is just as safe as any other countries we went to in South America. Or as dangerous. Depending on how you look at it.

The Colombians themselves, though? Ah, beautiful people. First they try to freeze you to death by cranking the AC to the max.

Simultaneously they try to give you brain aneurism with back-to-back showing of the most violent movies Hollywood has ever come up with. The worst we saw was about a serial killer who do unimaginable and most horrendous things to women before killing them in cold blood. Seriously?

If all of that fail, there’s the driving: the constant stop and go and the general giddy recklessness. I have to say that the more religious paraphernalia a driver has in his cabin the more worried we became. It always makes me think that it’s the driver’s way to show that he’s not afraid to die.

And the vomiting. We know it’s a common occurence because the bus assistant would give out plastic bags to everyone in the beginning of the trip.

Be extra cautious in big cities

Big cities tend to be where most crime stories happen. In any big cities such as Medellin, Lima, Quito – there will be parts of the cities that are safe and there will be areas that’d be wise to avoid. I know the general adage is to ‘go off the beaten path’ – but for us, we tend to stick to the tourist areas in big cities.

Safety tip:
– Really do try to stay in hostels where you need to be buzzed in to enter. When we were there, there was a string of armed robberies that happened in Cartagena and Bogota hostels.
– If you’ve had too much too drink, wait until you sober up to go home or call for a cab from inside the bar.
– When in taxi, avoid temptation to use flashy electronics and roll up your windows.

If you consider visiting Colombia and only have a limited time, consider the ‘paisa’ region: Medellin, Salento, and the pueblos in the region. It is a mountainous region (see leading pic) filled with beautiful scenery, trout-bearing rivers, and the friendliest people you’d meet in the whole continent.

Not to be missed in Colombia
Definitely do not miss Salento and its famous Valle de Cocora. 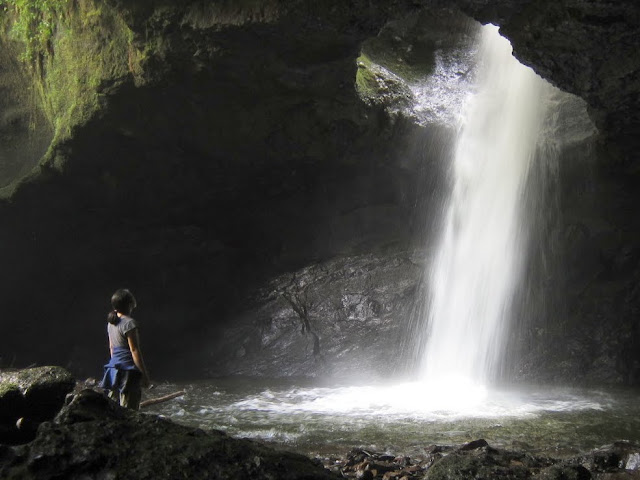 And if peace and natural beauty is your thing, check out Colombian pueblos – little towns filled with beautiful houses that exude charm and laid-back vibe. Visiting pueblos such as Guatape or Jardin was definitely the highlight of this country for us.

Tip for visiting Colombia:
English is little spoken here. Learn a little Spanish before you come, or get really good with drawing sketches and hand gestures.

Many people love it. Jack and I differ in opinions about this colorful colonial city. I thought it was nice, Jack not so much. It’s beautiful alright, but it’s hot and at times – a little dodgy in some parts. If you go, we recommend staying in either San Diego or El Centro neighborhood which is closer to the city’s center than Getsemani.

So in retrospect, Colombia was the only place where nothing negative really happened to us.

Not to say that crimes to tourists do not happen in Colombia (read our friend’s account of getting robbed in the street of Medellin). But it’s not that Colombians lurk in every single dark corner ready to rob every single tourist that visit. It’s quite the opposite, really. Crossing over the Ecuador, we were definitely relieved to find more food options, but oh, how we missed the warmth and the smiles of the Colombian people we had left behind.