We arrived in Cartagena fearing the rain (the weather forecast predicted thunderstorm for every single day of our say). We quickly felt silly because every day we would be greeted with a blazing sun, cloudless sky, and temperatures in the high 80’s.

Cartagena is a town made for wandering around and except for a half a day visit to El Vulcan del Totumo, that’s pretty much what we did. But only after 4 pm – before that we were too busy hiding from the sun sipping fruit juices on our hostel’s terrace.

We knew that the old city of Cartagena is divided into three* districts: Getsemani, El Centro, and San Diego, but did not realize how different in characteristics they are.

*Note: Actually four. But Matuna is so small and modern it is of little interests to regular visitors.

Getsemani was filled with backpackers due to the concentration of budget hostels in the area – especially since we stayed there during Semana Santa, a holiday week for many of the locals. We stayed in cozy and friendly Hostel Marlin on the main street of Getsemani that faces the busiest street in this part of town, Calle de La Media Luna. 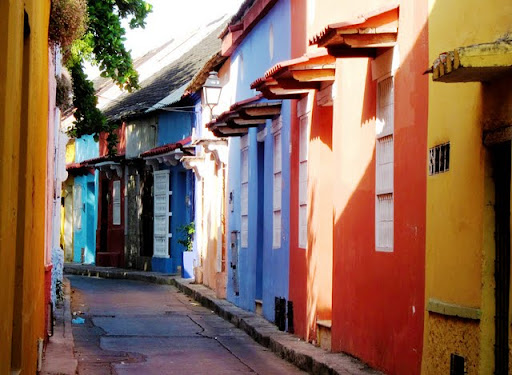 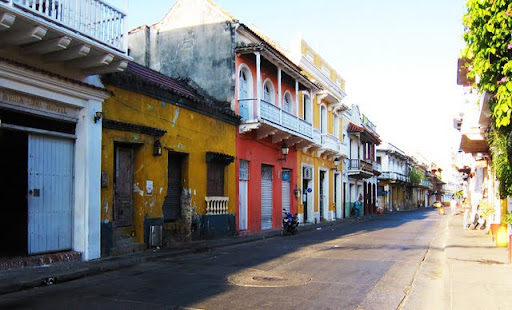 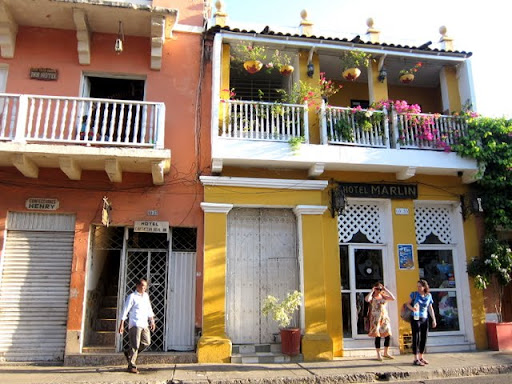 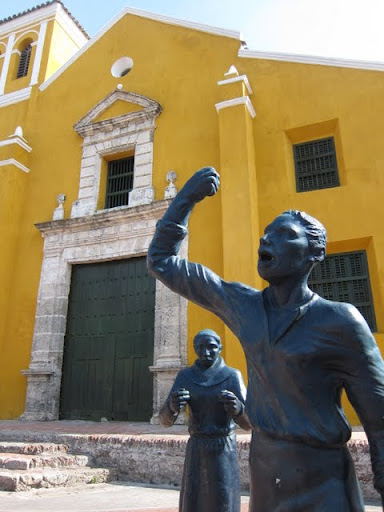 A church in Getsemani, Cartagena

The street was very active at night and a mix of sound of people, traffic, and music quickly became part of our daily evening work time on the hostel’s terrace.

I must admit that Getsemani is a little rough around the edges and we were often on the cautious side of things at times, but I found it charming in its own way. We have taken many walks around and gotten to know some of the residents.

Compared to the beauty and the richness that the El Centro offers, Getsemani feels gritty and real.

Not to mention this is also where the cheapest food can be found inside the old city. We called this area home during our stay here in Cartagena. We talked about moving to a different neighborhood, but we never did.

The place just grew on you. 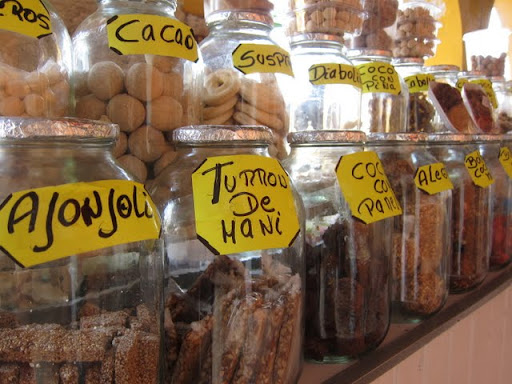 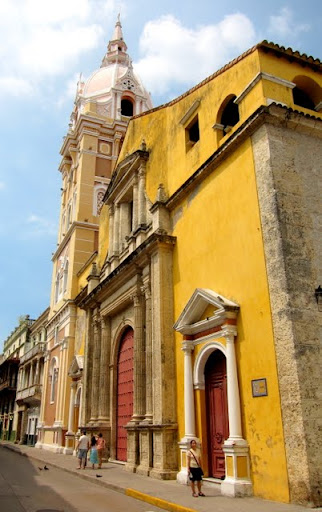 The Cathedral on Plaza Bolivar

El Centro is where all the tourist attractions are: Plaza de Bolivar, the museums, and the most charming and colorful buildings. But it’s also where most of the tour companies take their tourists to – busloads of them – and with the tourists come the aggressive street vendors selling antyhing from paintings to emeralds to watches to anything in between.

It’s not without its charms though – some of the most photogenic buildings in Cartagena can be found in this area. 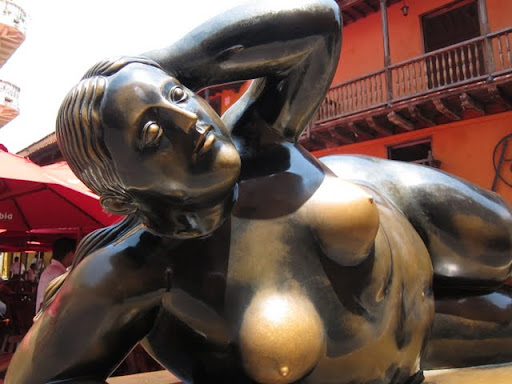 A Botero statue in Cartagena 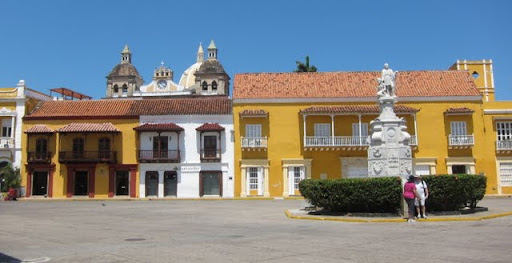 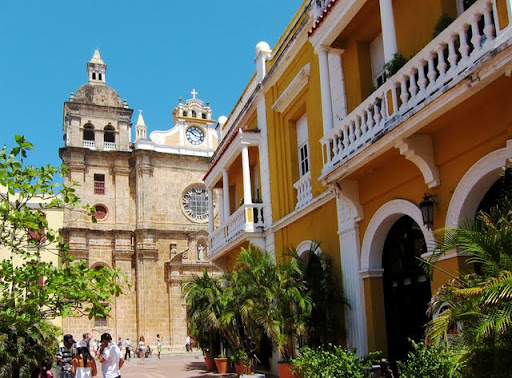 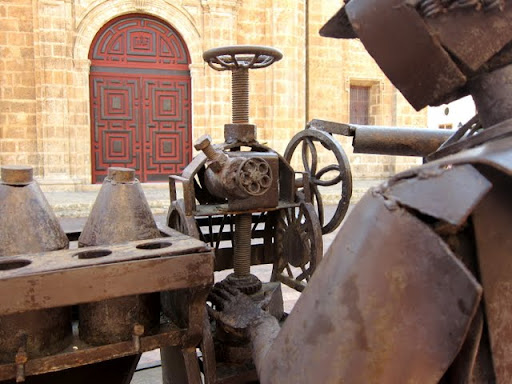 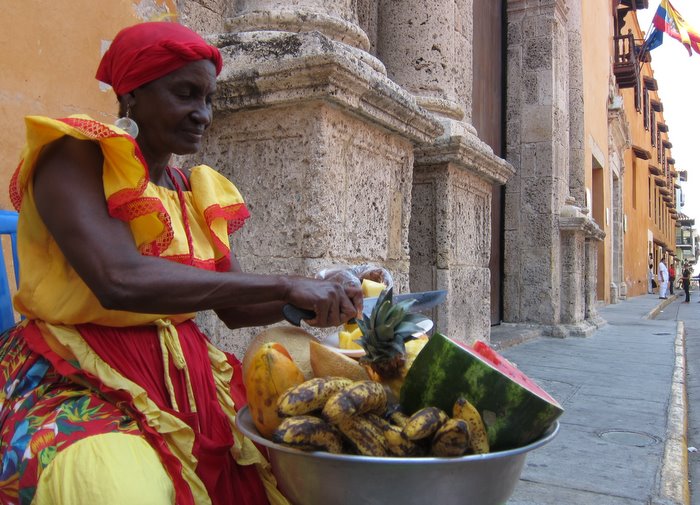 A fruit seller in El Centro wearing traditional Caribbean dress - don't take pictures of them without buying or tipping. 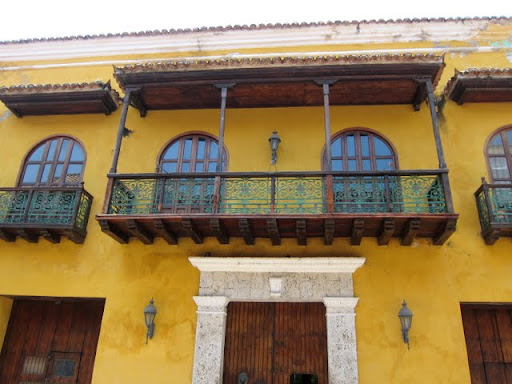 Through meandering around we found ourselves in Fernandez Plaza in San Diego part of the old town.

And we were instantly charmed.

A Colombian lady we met described the area as ‘magico’ – it IS magical.

Ironically, this is the area where we took the least number of pictures. We were too busy wandering around enjoying the atmosphere of the place. 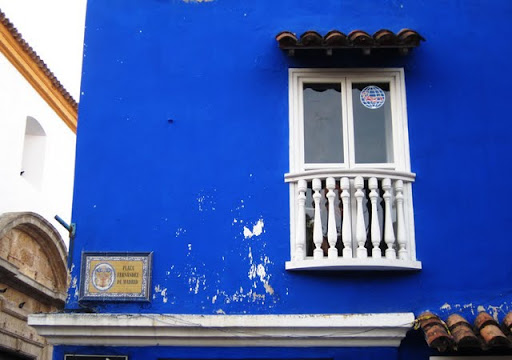 One of the many colorful buildings around Parque Fernandez Madrid 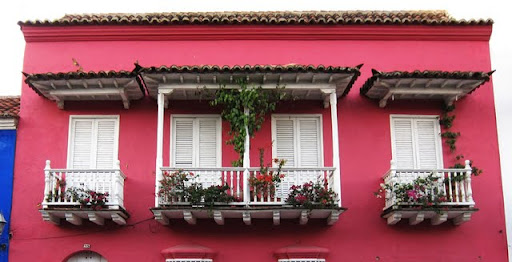 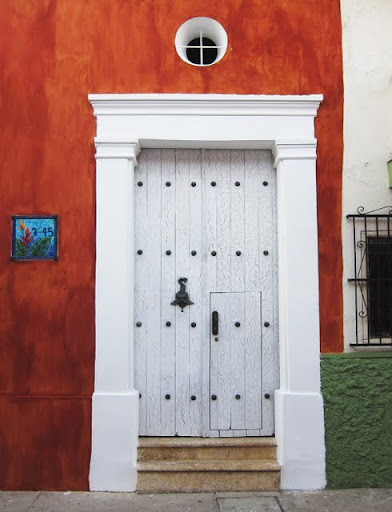 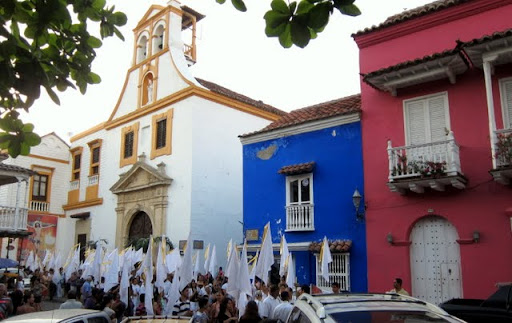 The magic is hard to describe.

There are small, leafy plazas surrounded by outdoor cafes and bars. People were playing chess on the plazas. Neighbors were gossipping on the front steps of the houses.

The roads were not as busy and the parks were filled with young families with kids and couples. It felt like a neighborhood should be – a place where neighbors can hang out and get to know each other.

It felt lived in.

During our many days of wandering around the old city of Cartagena, we were inevitably drawn to this neighborhood and found ourselves at the end of the day sitting in one of the many plazas with a cold drink.

Without a doubt San Diego is our favorite neighborhood in Cartagena.

But ssssh, don’t tell anyone. We don’t want the busloads of visitors to swarm this area and turn it into El Centro, do we?

Other posts from Cartagena:
– The Restaurant With An Identity Crisis
– Into the Mouth of A Volcano in Colombia