The souks of Fes is what I always imagined Morocco to be: a frontal assault on the nose, the eyes, and the ears. Fes was where I had the closest thing to a culture shock. The people were dressed differently, the architecture was different; the smells, the sounds, the stuff hanging from the shops were all different. All of these new sensations were found inside claustrophobic alleys that seem to go nowhere and everywhere at once.

I particularly enjoyed the artesans’ sections of the market: the leather craftsmen cutting and stitching in their tiny stalls, the tannery where they dye the leather that would become the hundreds of slippers and handbags sold in the market, and the metal smiths banging on their pots.

Here are some notes on Fes that I jotted down during our stay there. 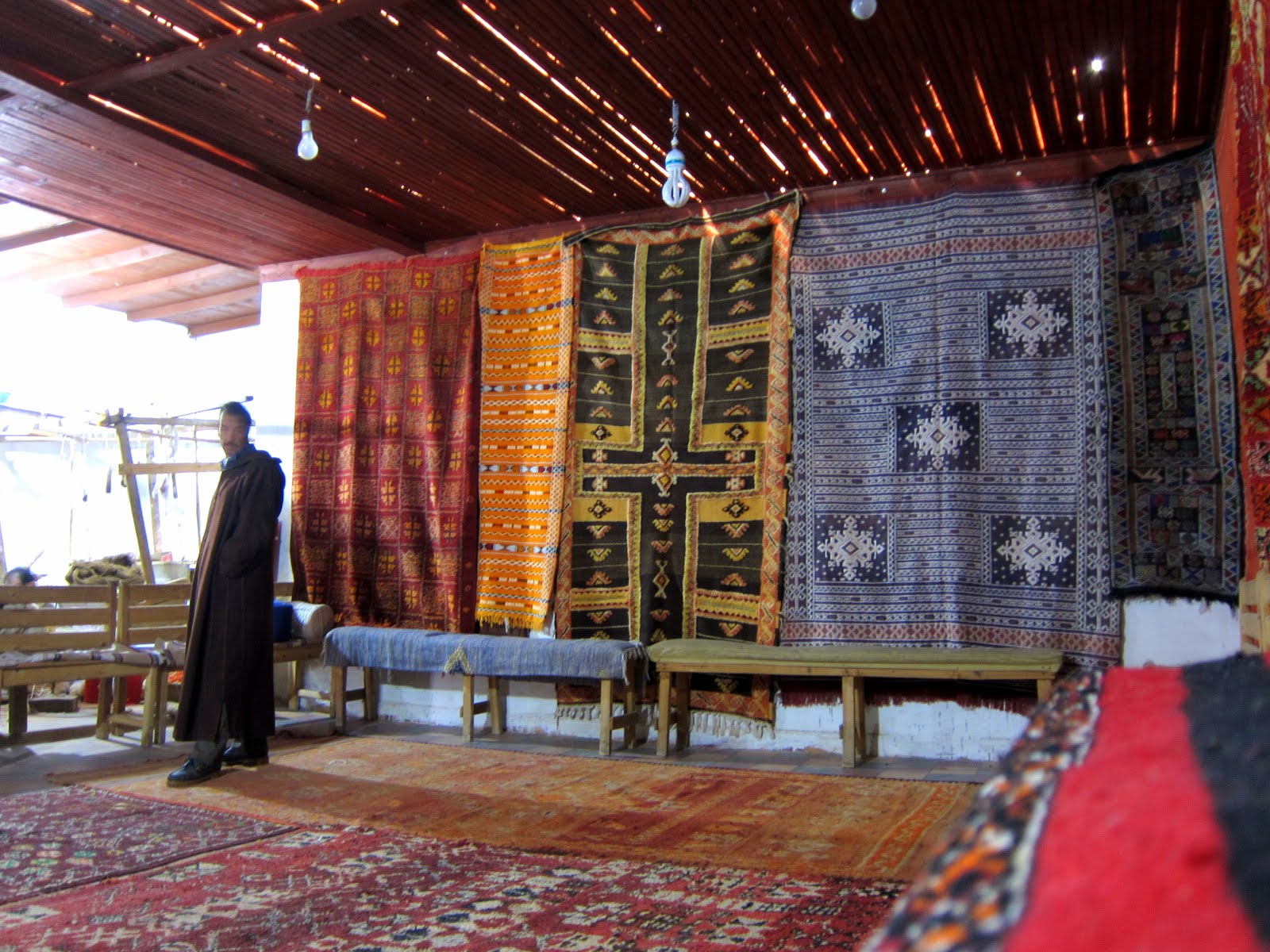 This guy thought I couldn't afford his carpets. 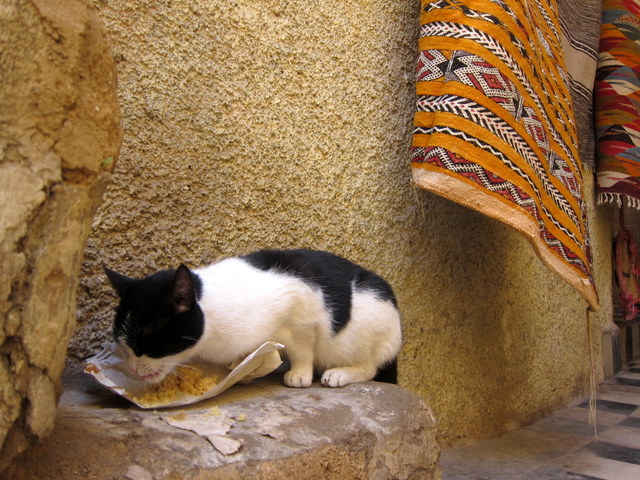 His name is "Tajine" from his favorite food 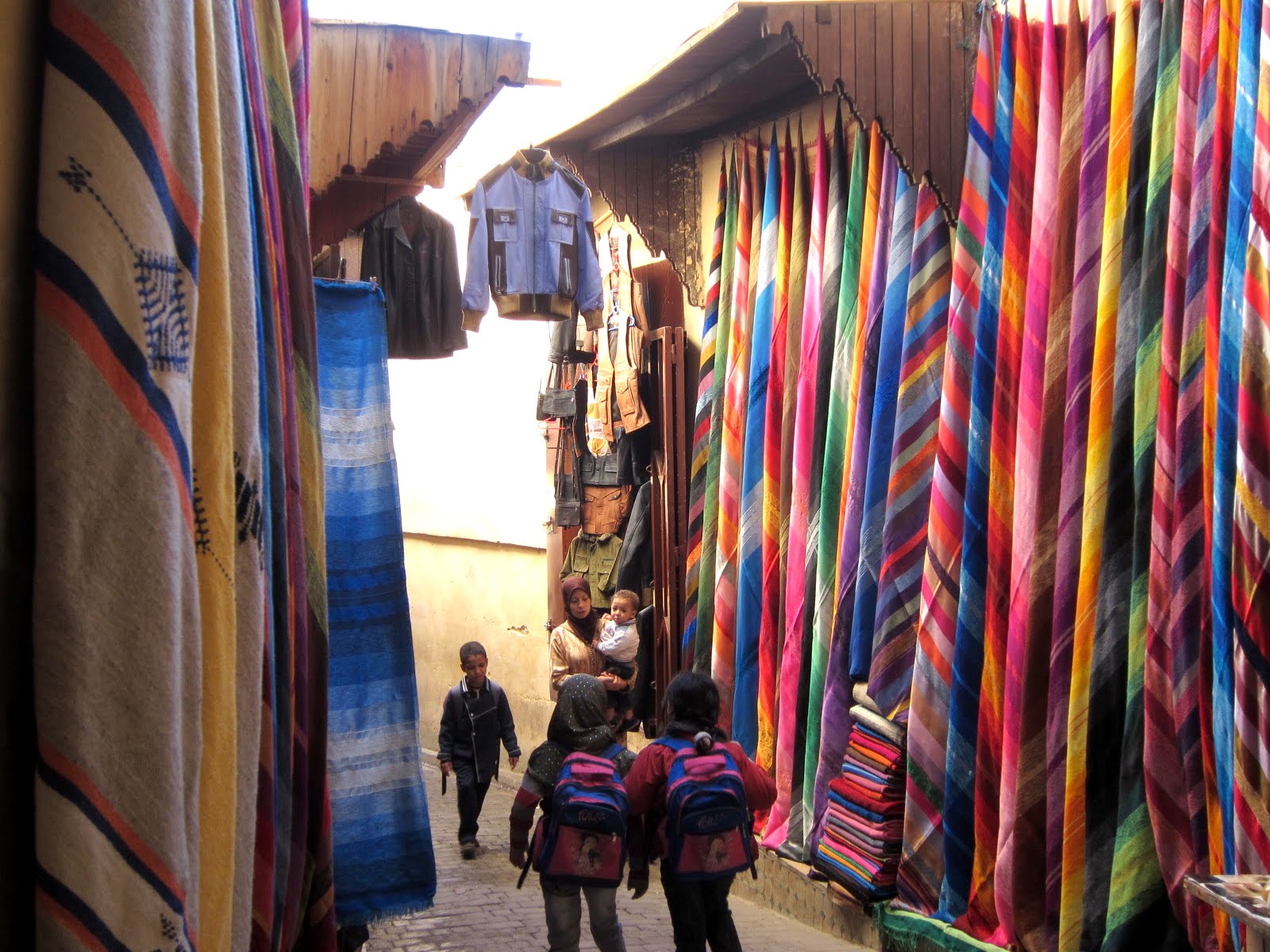 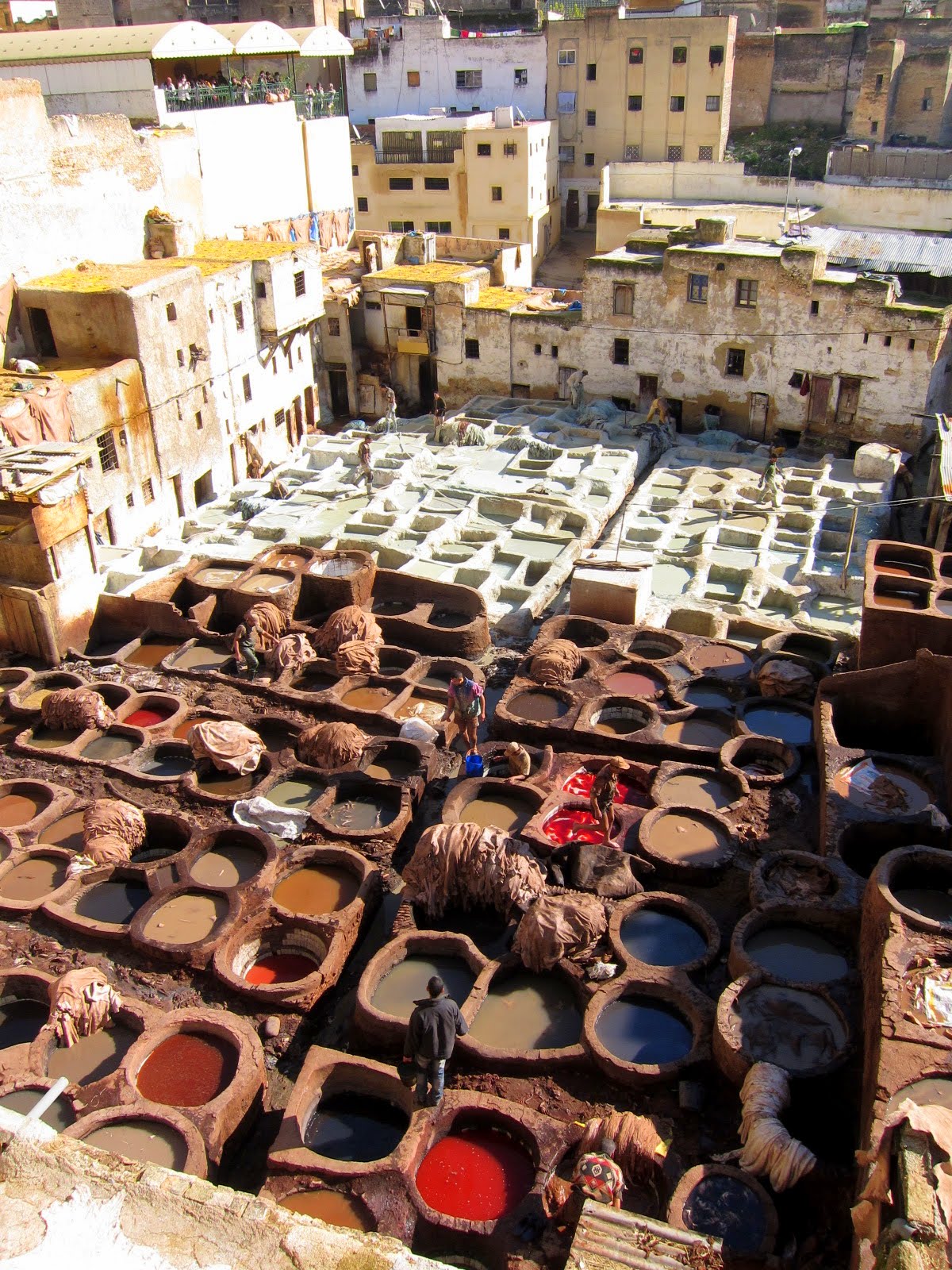 On the souk (the market) 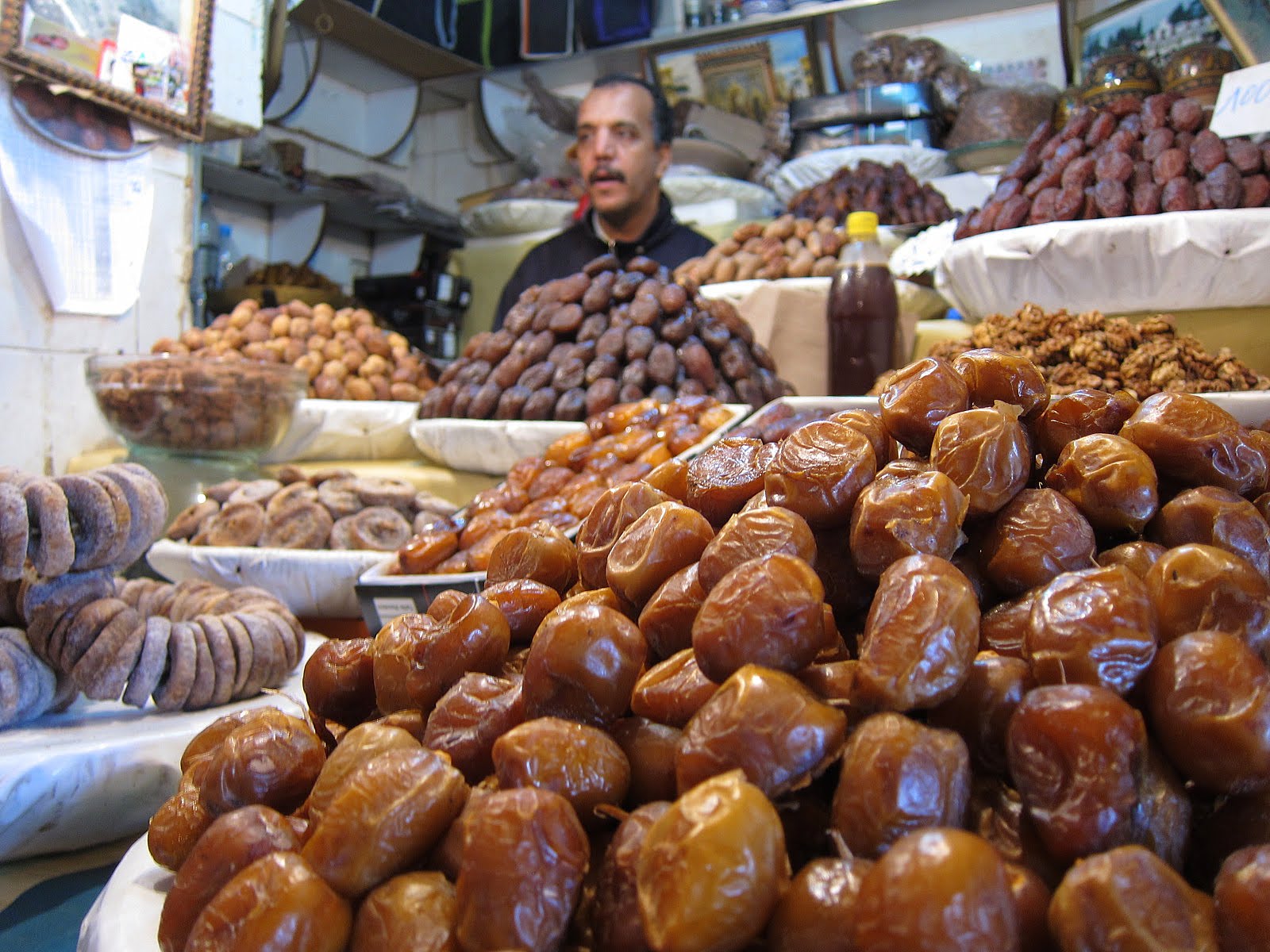 A date seller in Fes, Morocco

We came to Morocco with feeling a little bit apprehensive. We’ve heard many horror stories about Fes’ infamous touts and carpet sellers with aggressive sales tactic – but our fear didn’t come true and we found ourselves enjoying Fes so much more than Marrakesh that we visited later.

Info Box
Try to find a hotel close to Bab Boujloud, the main gate. It’s the most recognizable gate and where the two main roads start/end from. It’s also where all the restaurants are.
Facebook Twitter Pinterest