The idea of going island hopping in Belitung was making all of us nervous. My mom and I have had some horrible experience being on a boat during Indonesia’s rainy season. The infamous west monsoon wind often makes the ocean around the archipelago a fearsome thing to behold: unpredictable, swollen, and angry.

But one of the highlights of Belitung Island is visiting the collection of small uninhabited islands that dot its northeastern shore. Renting a boat is the only way to see them.

So one morning, 4 city folks looked at the sky, pretended to know what we were looking at (or for) and proclaimed “It looks like it’s going to be a great day today.” It wasn’t. 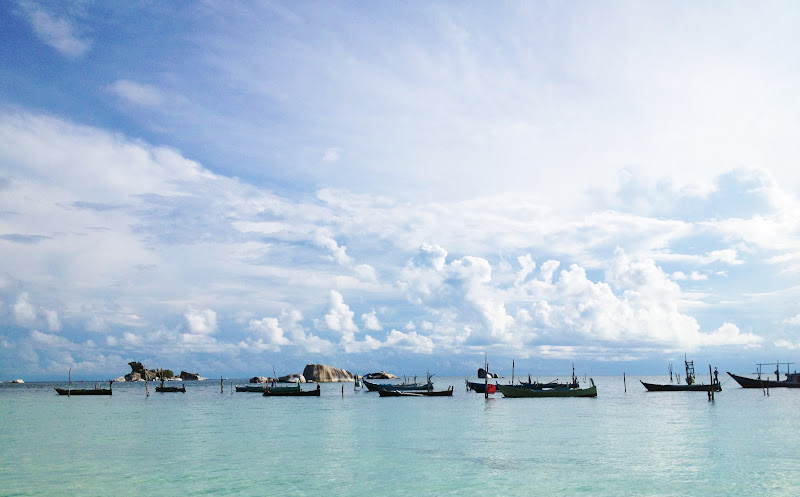 We agreed on a price and he ran to his pile of clothes on the shore, pulled out his cellphone and started barking orders. Still dripping wet. Still in his skivvy.

“Wait 10 minutes. My nephew is coming with the boat.”

I’ve traveled enough in Indonesia to know: whatever you need, someone either can get it or knows somebody else who can.

Soon enough our colorful boat arrived with its captain standing at the help like a white knight.

Masuwan, our captain, is 24. He used to free dive for sea cucumbers until his friends started dying from diving related complications. He then decided that taking tourists island hopping is a much safer occupation although he admitted, “It’s not as exciting and it doesn’t pay as much.” 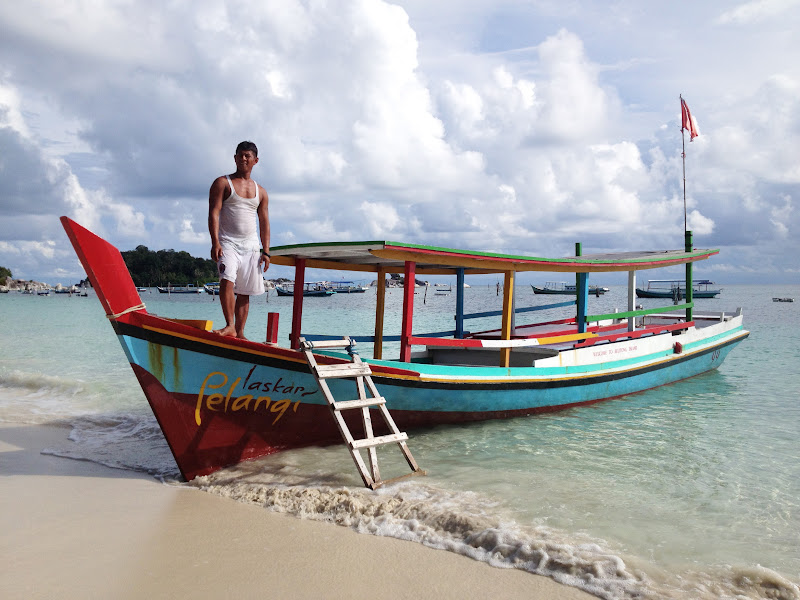 Our boat and its captain

“Islands” is generous term for some of these spots we visited. A few of them are nothing more but a patch of sand that can only be visited during dry season. But they were all worth a visit for their white sand, turquoise water, and weird stonehenge-like rocks. 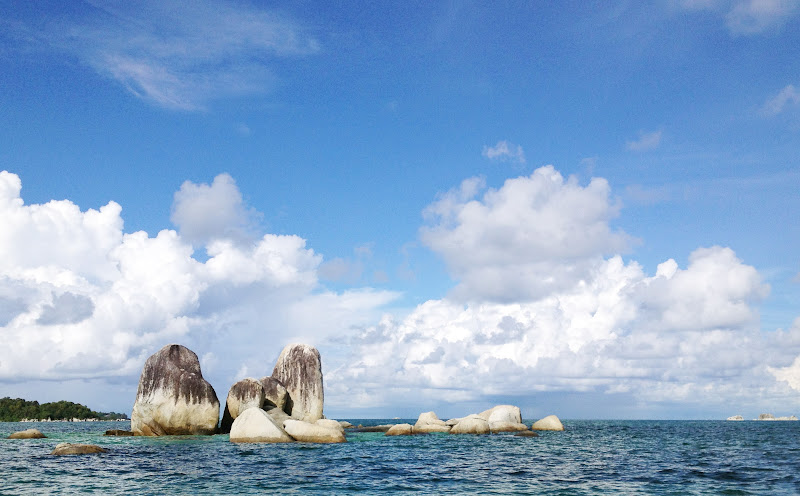 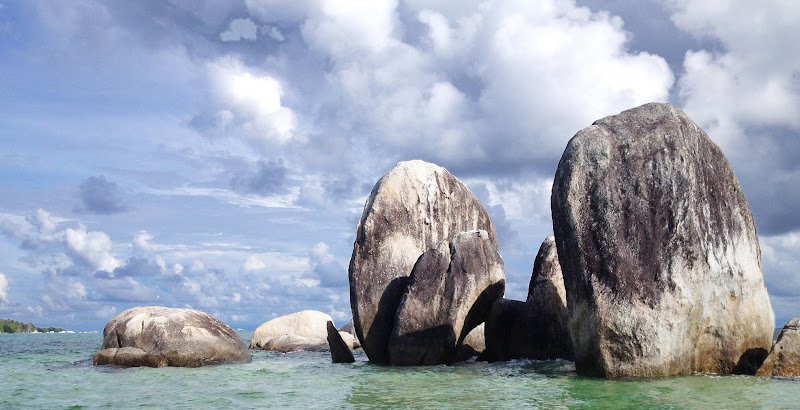 During the dry season, landing on Pulau Batu Belayar is possible and you can walk among the granite outcrops. But during the rainy season the sandbar is below the water level and we could only admire these stonehenge like formation from a distance.

The most distinguished island of all due to the presence of a very handsome lighthouse. For Rp. 5000, climb up to the very top for spectacular views. 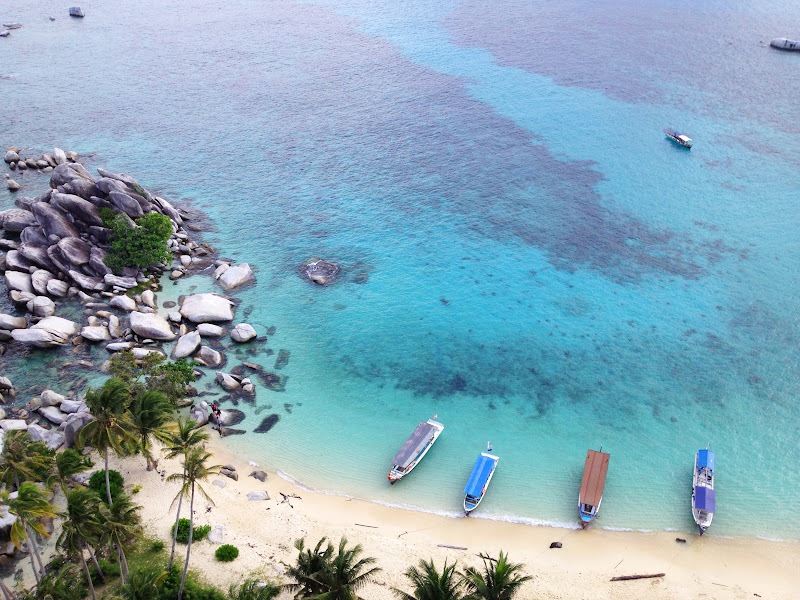 View from the top of the lighthouse

By the time we got to Burung Island, we could see the ominous grey cloud that was coming our way. It started to drizzle here so we didn’t get to explore much. 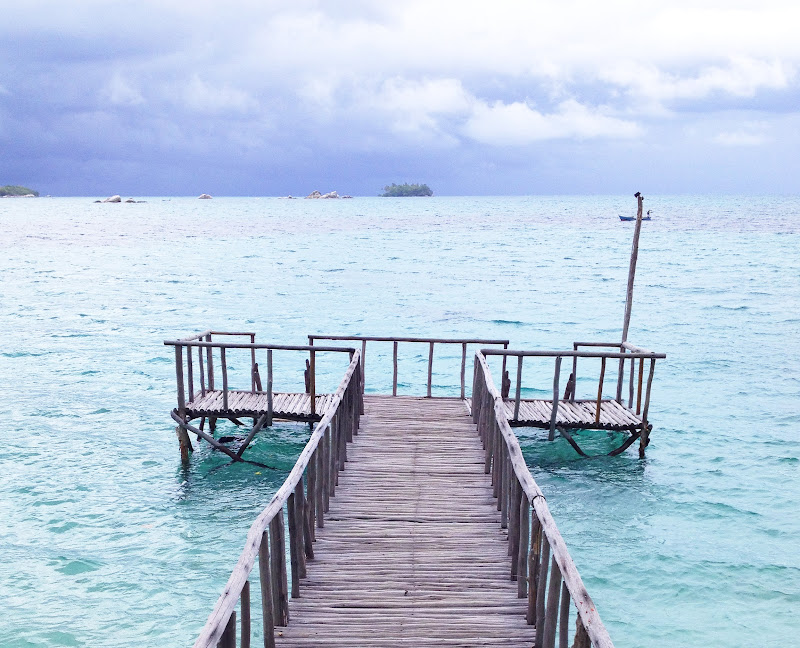 A dock on Burung Island, Belitung 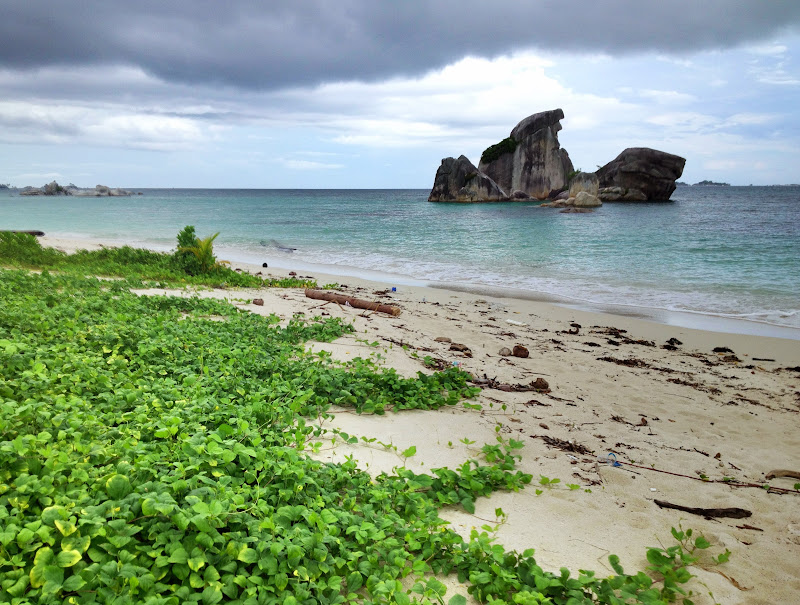 For a lot of visitors, this is where lunches are served: from a small restaurant on the island. We thought the price was too high and brought our own packed lunch. Apparently the owner gets a little cranky when people do not buy food from his restaurant, and Masuwan asked if it would be ok if we didn’t stop here.

The island didn’t look like that inviting in the rain anyway so we told him to keep going.

The wind started to pick up and the ocean started to become a little choppy. My mom started to have flashbacks from our trip to Krakatoa. In any minute, she’d have busted out her rosary and started a series of Hail Mary.

Our captain assured us once we went around Babi Island and entered a more protected section, it’d be much calmer.

And he was right. Not only did the wind calm down, the weather cleared up. 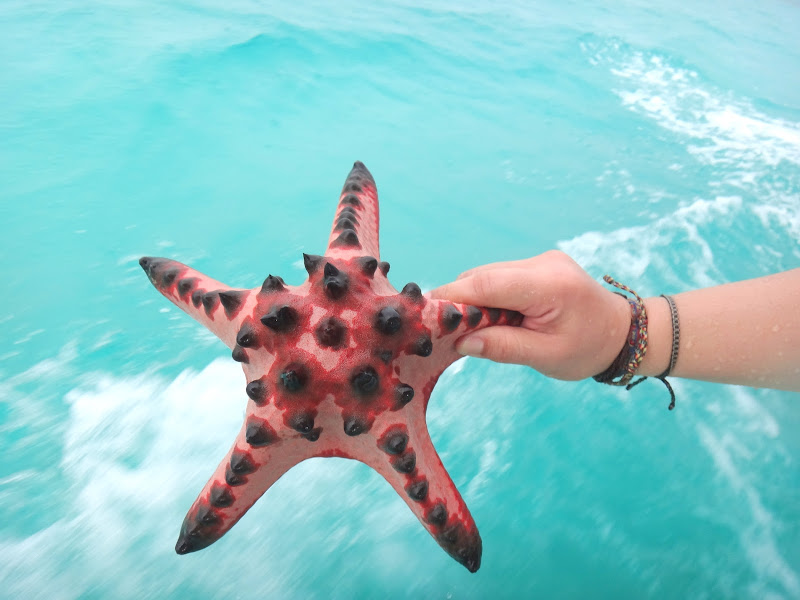 During the dry season, you can land on this ‘island’ – nothing but a patch of sand 10 meter in diamater really. You can often find stranded starfish here to pose with. At this time of the year, the whole ‘island’ is underwater. Masuwan dove down and brought us a couple of starfish to take a closer look at. (Don’t worry, we put them back).

Dina and I jumped down to the water and swam around the rocks. This was a lot of fun. We even got to swim underneath the pile of rocks that gives this island its name. There was a ladder that climbed up a tall rock and this is where we learned that our stout captain was incredibly scared of height. 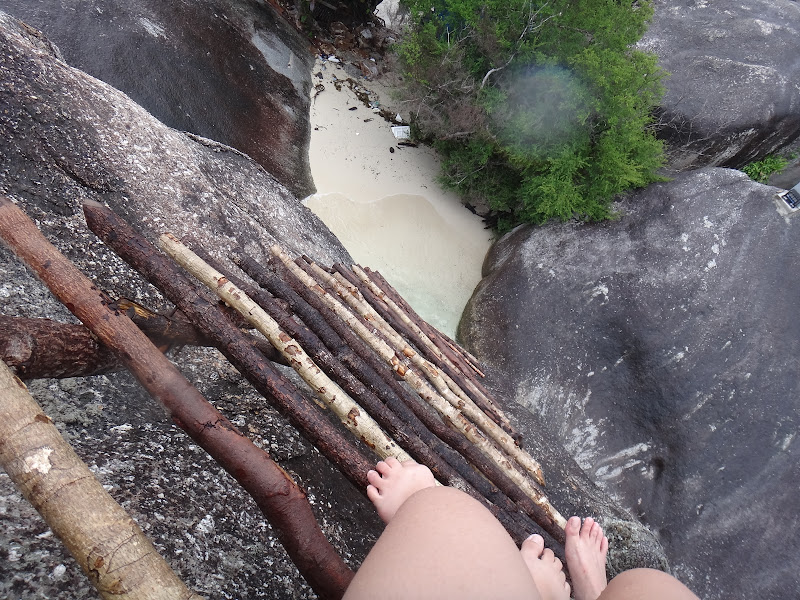 The wood ladder on Garuda Island 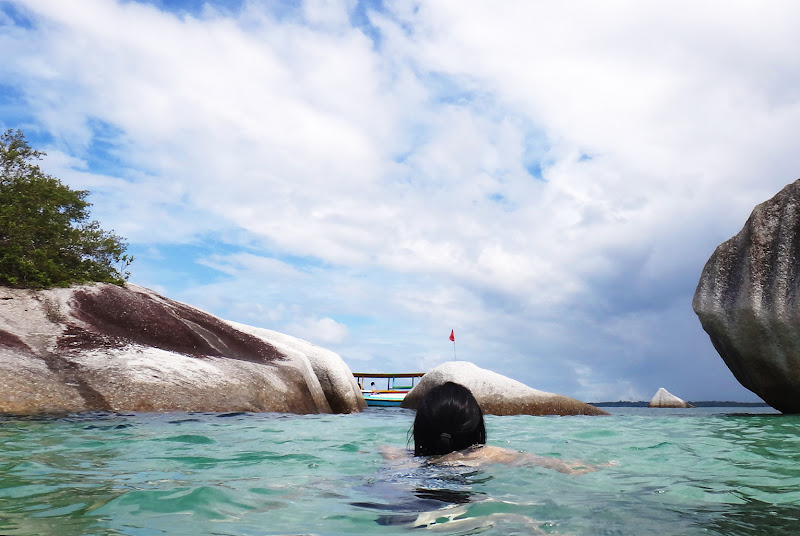 My only regret was that Jack couldn’t make it here, but at the same time it’d give me legitimate reason to come back, Jack in tow. He’d have loved it.

Being outdoors, swimming in the pristine water, and exploring deserted islands…

I guess, who wouldn’t love it?

How to get to Belitung: many daily flights from Jakarta to Tanjung Pandan (Belitung) offered by Sriwijaya Air, Batavia Air and Sky Aviation.
Best time to visit: Dry season, April to September when the water is so smooth it appears glass like.
How to get around: There’s no existing public transportation. Rental cars is your best bet.
Where to stay in Belitung: We highly recommend Bukit Berahu in Tanjung Binga beach. It’s reasonably priced and conveniently located near Tanjung Kelayang. Phone: 0819 2959 9808
Facebook Twitter Pinterest 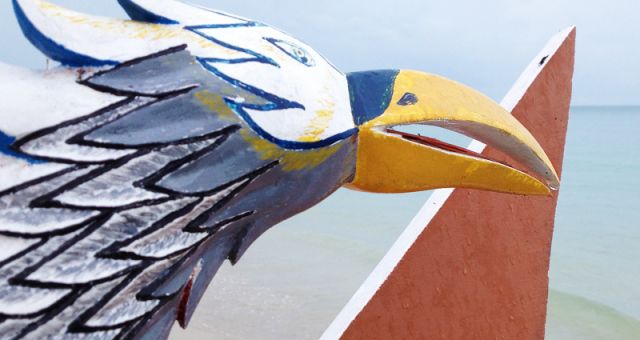 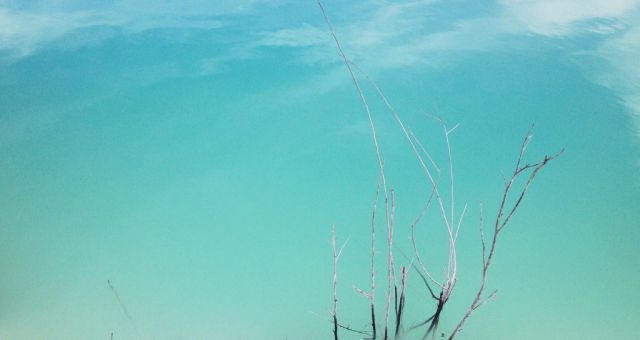