In Weeki Wachee, Florida, mermaids are real enough. As a matter of fact, there are more mermaids here in than the town’s inhabitants (Weeki Wachee, pop: 12, slogan: “The Only City Of Live Mermaids!”).

The mermaid show at Weeki Wachee had its start in 1947 when a stunt-swimmer named Newton Perry cleaned up the spring and taught some girls to breathe underwater through an air tube and a compressor. After since then, millions of people have come to see these mermaids perform various tricks such as eating bananas and drinking soda underwater. 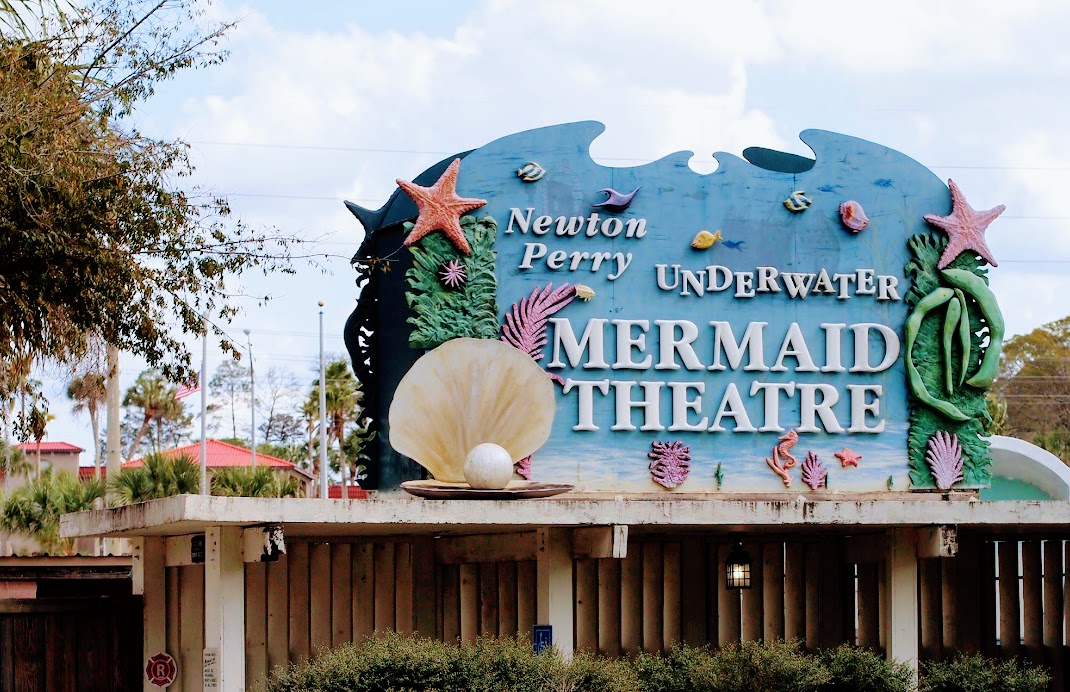 The mermaid theatre in Weeki Wachee

Weeki Wachee Mermaids: A part of roadside Americana since 1947

I’m a big sucker for roadside Americana. I was in this part of Florida to swim with wild manatees but when I heard that Weeki Wachee was only 40 minutes away, I knew I had to go. More than Universal Studios, even more than Harry Potter World, the mermaid show is the Florida I’ve always imagined: old school charm meets weirdness.

The mermaid show didn’t disappoint. With free-flowing oxygen tubes, the performers (4 mermaids and 1 merman) present a synchronized swim, sing, and dance routine based on a loose rendition of Hans Christian’s Little Mermaid. With their flowing hair, glittery costumes, and wide-eyed smiles, I was just as transfixed as the 5 year old sitting next to me. 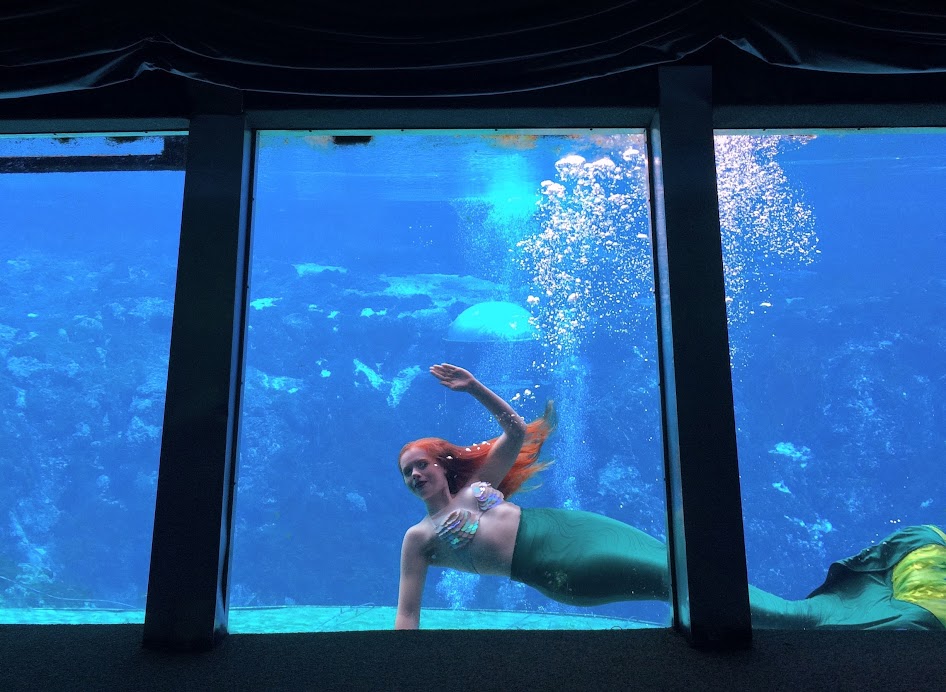 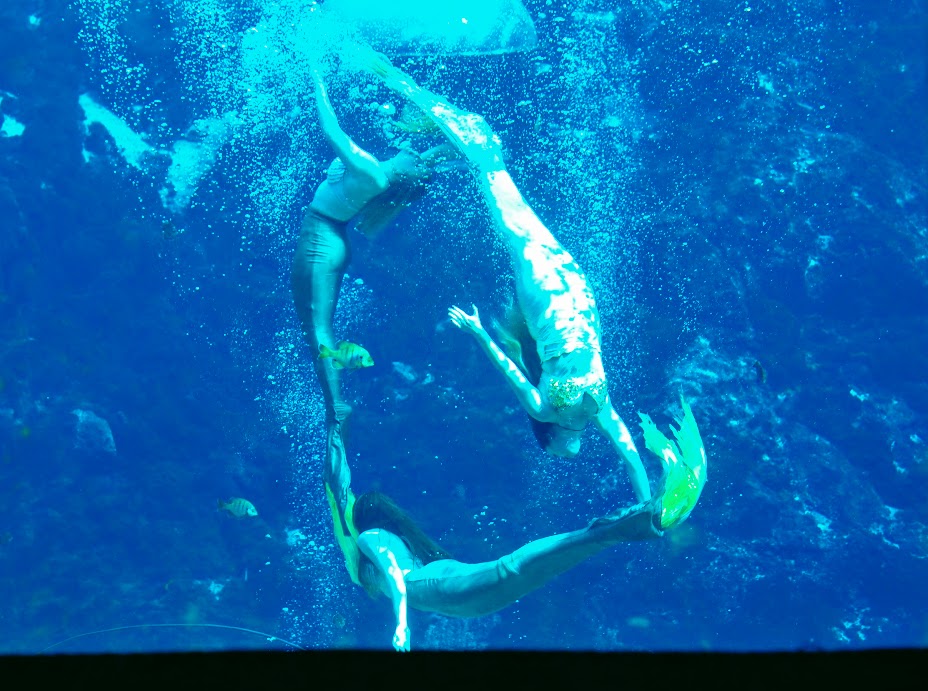 A ring of mermaids 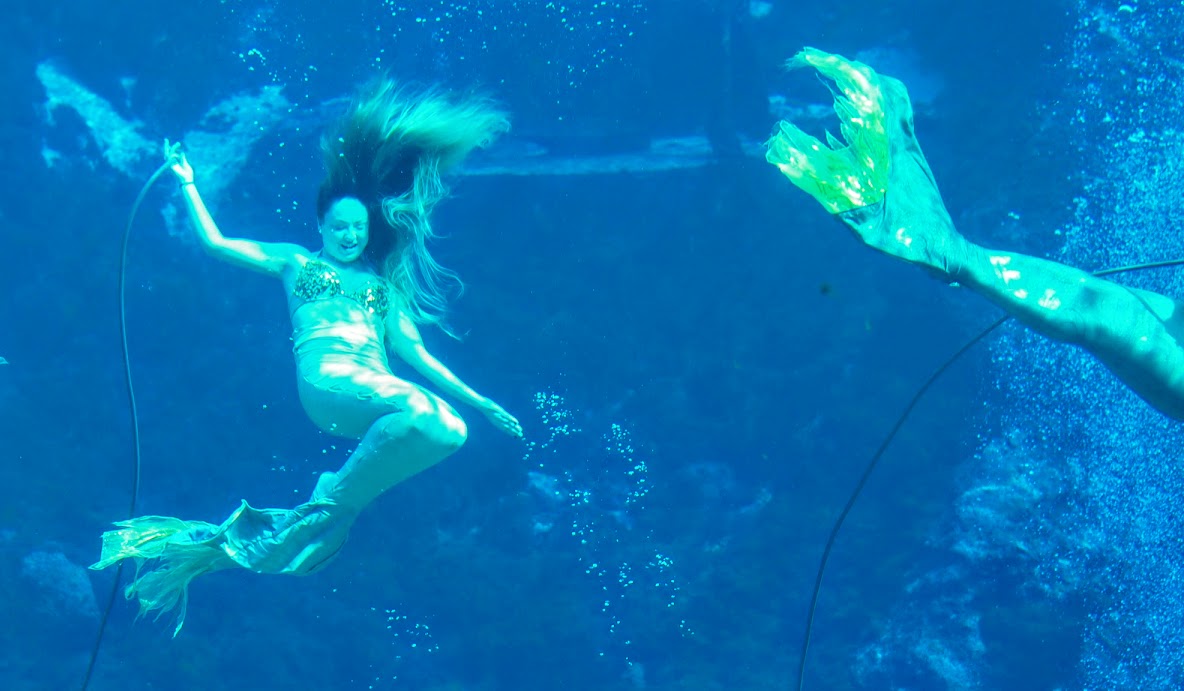 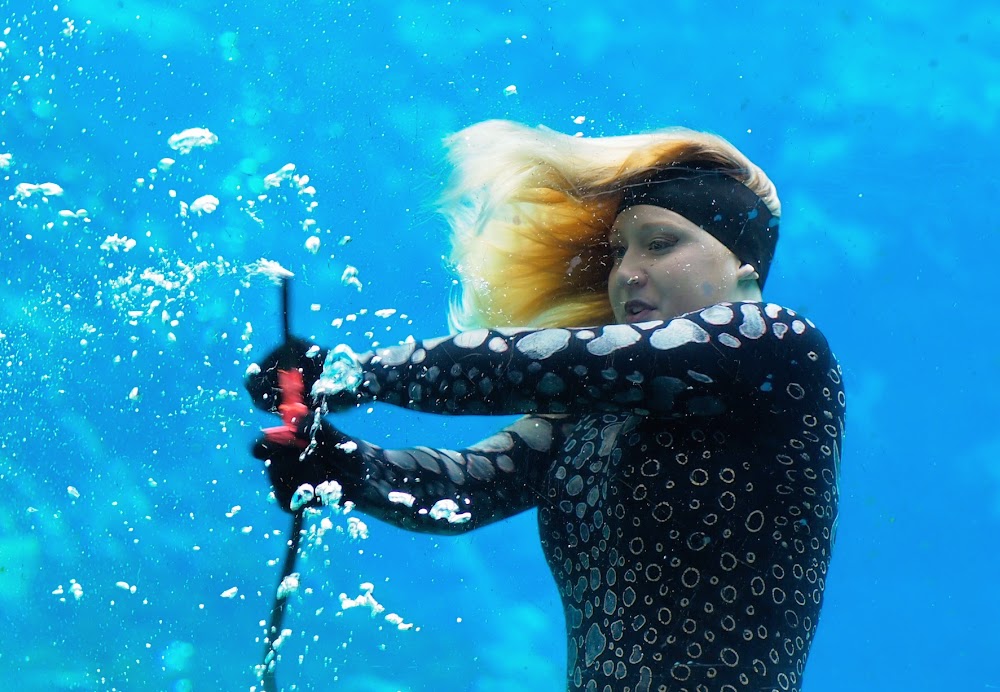 The villain in the Little Mermaid show 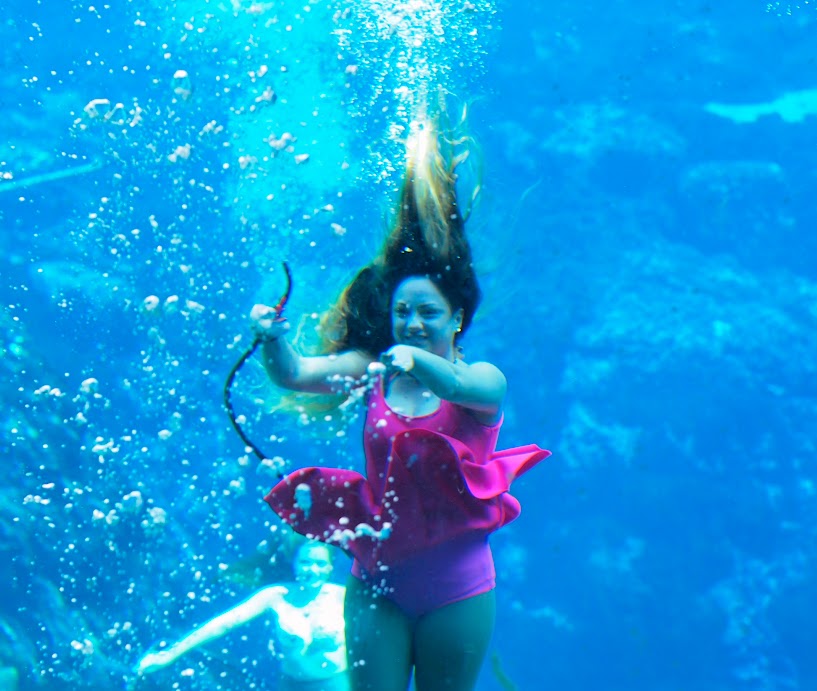 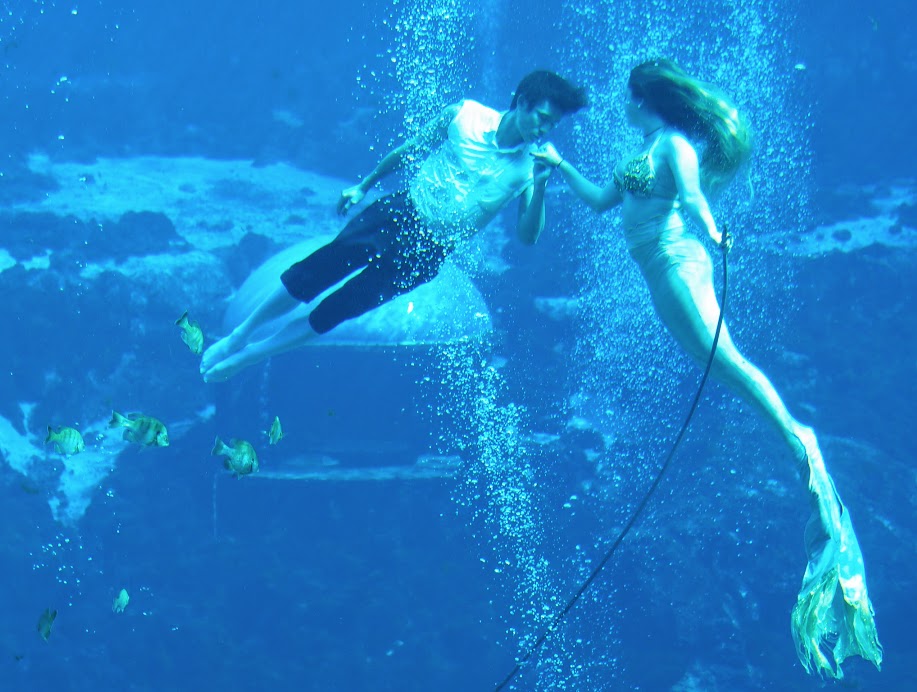 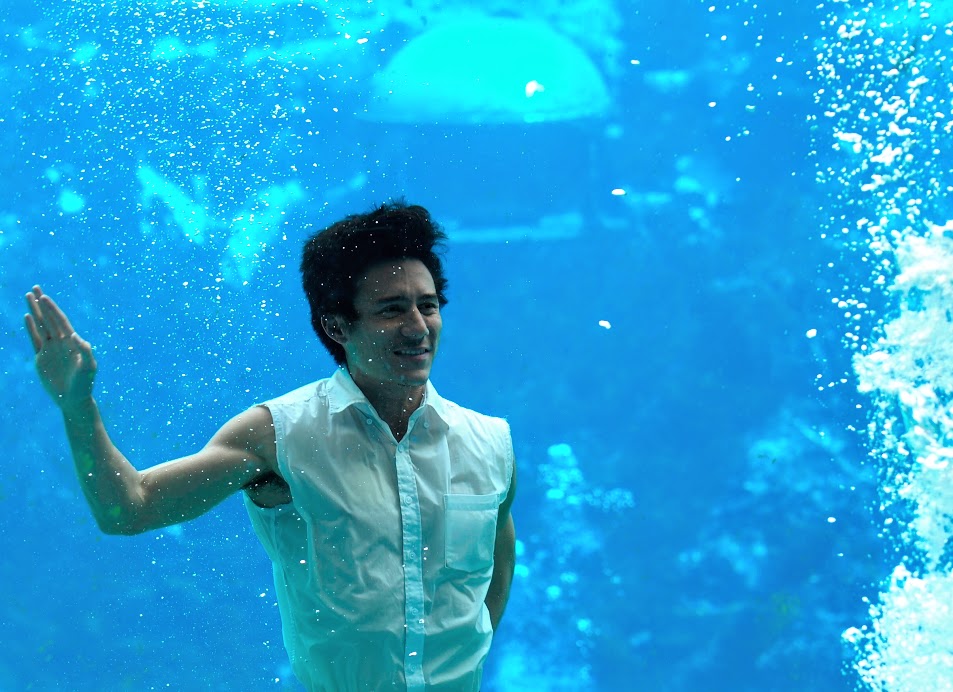 The cheesy factor was high and the performers were much better swimmers than they were actors. But who cares when they’re such phenomenal swimmers?

I was SO sure they wore weights, but I was wrong. The mermaids control their buoyancy solely by controlling their breathing. They smile, laugh, lip-sync underwater effortlessly. I can’t imagine how they manage to keep their eyes open for so long without goggles. Furthermore, because of their mermaid fins they don’t even have free use of both of their legs. Somehow they managed to perform with so much grace and control at times I forgot that this was all done underwater.

The stage itself is worth mentioning. The submerged viewing area is built on top of North America’s deepest fresh water spring that becomes Weeki Watchee river. It pumps over 170 million gallons of water daily. The current clocks at over 5 miles per hour where the mermaids perform. The fact that the mermaids manage to swim in place among this current? Incredible feat. Adding to the ‘wow’ factor is the fish, turtles, and occasional manatees making guest appearances next to the mermaids.

When I was there on a weekday, there was only a handful of audience. I’m glad to hear that it fills up on weekends because I hope this show will keep on going forever. Mermaids are real enough here at Weeki Wachee and they will charm your socks off.

The Mermaids of Weeki Wachee 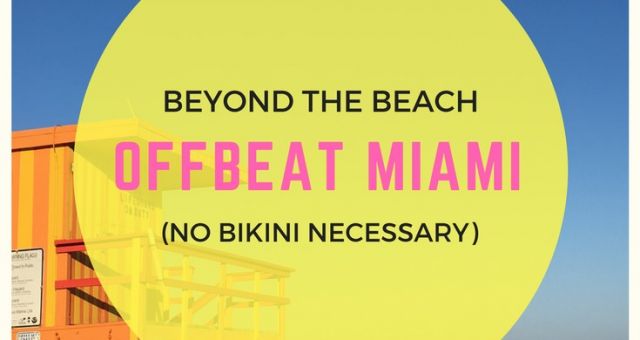 Beyond the Beach: Offbeat Miami Attractions 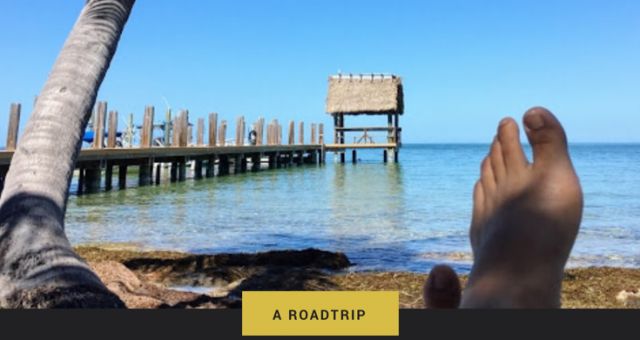 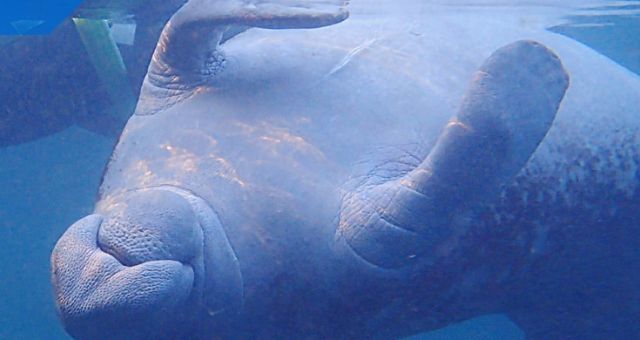