Even after being warned how expensive everything was in Switzerland (especially for a couple of poor college students that we were), we decided to make a short trip to Switzerland during our Western Europe trip.

The Swiss Alps were impressive, the trains that arrived when they’re supposed to were even more impressive (we just arrived from Italy, after all), but the things that made Switzerland more memorable to us were not the Alps, or the trains, not even the superb cheese… Well, maybe the cheese, but that’s mainly because it was the only thing we could afford to eat.

No, the things that spring to our minds whenever we think of our visit to Switzerland many summers ago were: 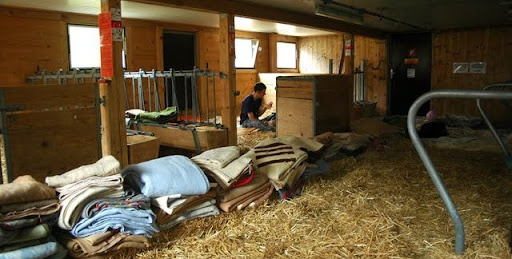 Our 'room' during our stay in Gimmelwald 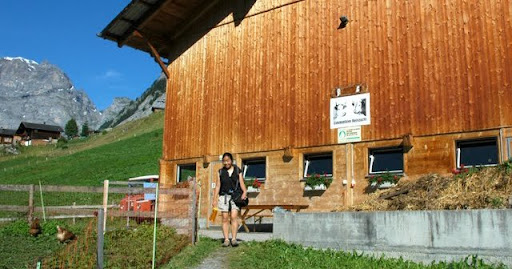 The outside of our barn

In a small village of Gimmewald, nestled between the high peaks of the Alps there’s a network of farms that open up their barns in the summer for visitors to the Alps to sleep in. While the cows are out to graze high on the Alps the farmers hose these barns down, put bales of fresh straw in and charge 15 euros a person to spend the night on a bed of straw.

Unfortunately,
when we got there we realized that it was impossible to hose out the smell of dozens of cows completely. And not to mention the flies that were everywhere.

Fortunately,
we got used to the smell and Jack and I spent many blissful afternoons killing flies with our sandals. And sleeping on a bed of straw was actually as comfortable as it sounds.

In the morning, Esther would come and meet us in the barn with a jar of homemade yogurt, bread, cheese, and jam for breakfast.

Would we do it again?
YES, definitely. Not only was it the most economical way to explore the Alps, but Gimmelwald was a charming village away from the hustle and bustle of Lauterbrunnen. There are hiking trailheads scattered around the village and the view can’t be beat, cowpies and all.

Esther didn’t provide any other meals or even a kitchen for us barn sleepers. For that purpose, she would direct us to Mountain House Hostel down the lane that according to her serves ‘Big pizza, good price!’ while making hand gestures that made us think of wagon-wheel sized, cheese, gooey pizzas. 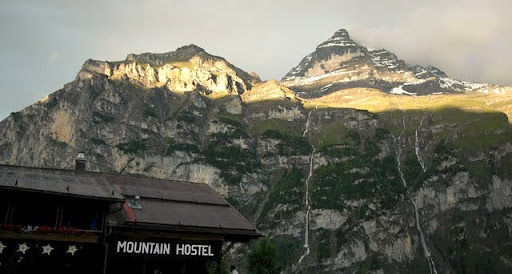 Dear Esther didn’t speak much English, and doesn’t matter what we asked her, she would assume that we’re asking about food (generally a good assumption)

Esther, where is the hose?
Big pizza, good price!!

And I know that by now you’re wondering how the pizzas were…
It was big pizza and very good price. 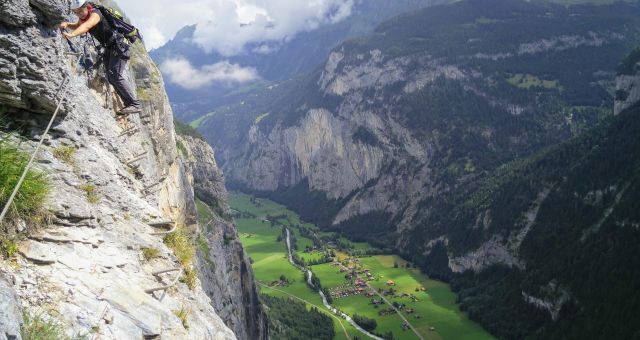