Seriously, Chefchaouen is the most photogenic city we’ve ever been in. And I’m not saying that only because the houses in Chefchaouen happens to be painted in shades of powder blue which happens to be our favorite color.

Well, maybe I am.

(Random fact: Do you know that blue is the most universally liked color?)

I don’t think there’s a better way to show this city other than in pictures.

Sometimes walking around the medina feels like walking inside an iceberg. 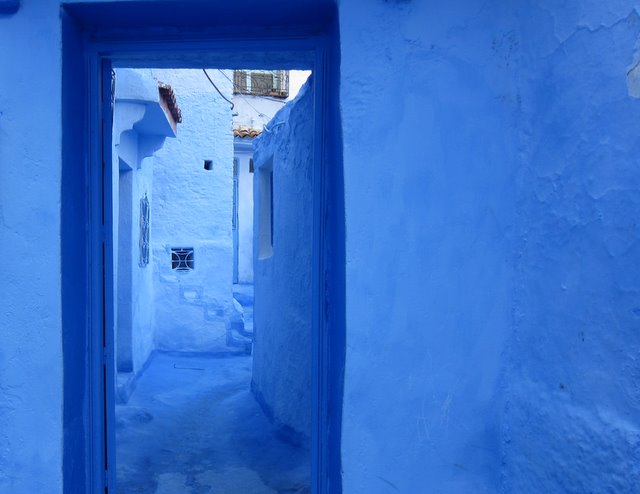 Most of the people in the medina are shy about being photographed. Considering the amount of tourists that come through here taking pictures of their city and its inhabitants, that’s quite understandable. Even the kids would go, ‘La, la’ (‘No, no’) when asked for a pictures.

This girl, however, was not shy about having her picture taken. She was posing for me when her friend came running by to talk to her and here she seemed to be saying, ‘Wait a second, she’s taking my picture!’ Most of the girls are dressed in pink – making a nice contrast with the blue of the surrounding. 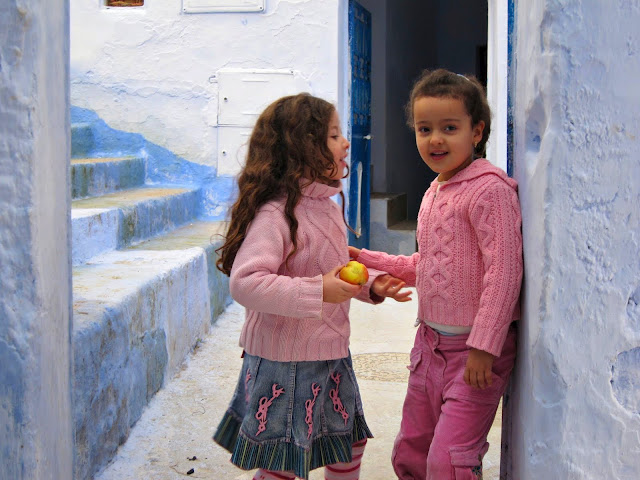 A basket of bread and a bowl of olives are commonly served as free appetizers in Morocco. We tried soo hard to like olives, but they’re just not our thing. 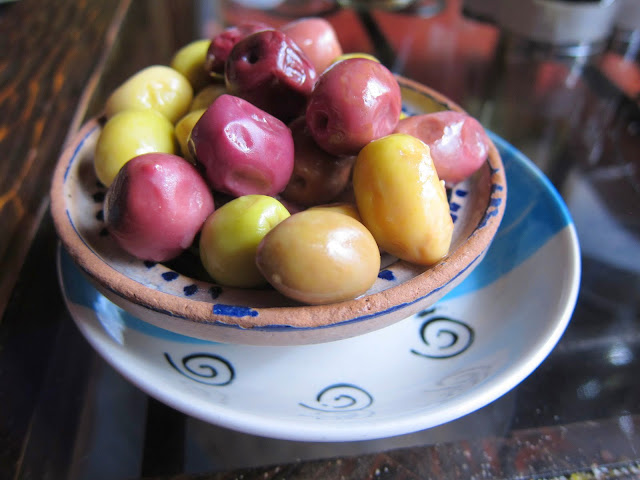 The best thing to do in Chefchaouen is to wander around and get lost in its winding blue alleys, passing women gossiping on the doorways, kids playing soccer in the narrow alley, and wondering why there are so many young (and not-so-yong) Moroccan males hanging around and doing nothing on the street.

Every new turn seems to bring yet another photo op. Of course, ‘blue’ is always the theme. 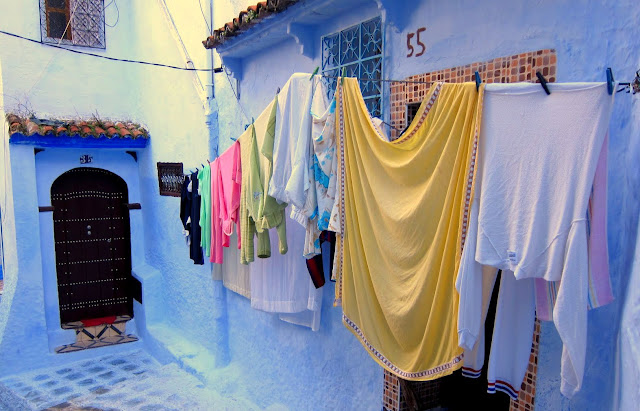 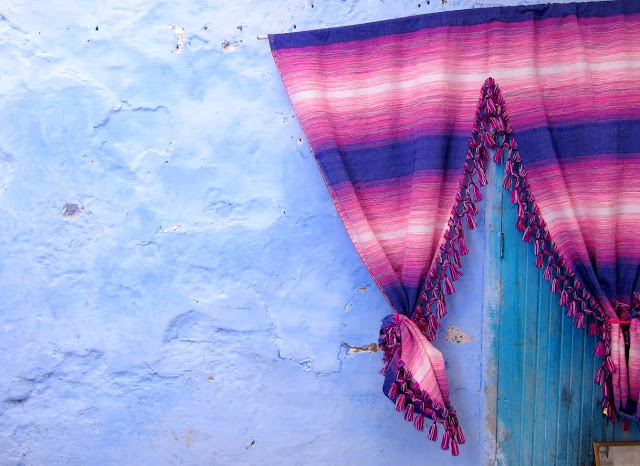 There are some aspects of this country that have begun to rub us the wrong way, but one thing we can’t deny:

Morocco might be one of the most photogenic countries out there – as long as you ignore the litter on the ground that is.

For more pics from Chefchaouen:

Where to stay in Chefchaouen: Hotel Guernika – a little hard to find, but it has wifi and really hot showers. Double room w/ showers: 250 Dirham
Where to eat: any of the restaurants in the main plaza (Uta El-Hammam)