Kuelap – The Pre-Inca Ruins of Chachapoyas

As the first city in Peru that we’ve stayed in, Chachapoyas had the unfortunate responsiblity of giving us a good first impression of Peru, our 3rd country in our journey through South America. Fortunately, Chachapoyas had nothing to worry about.

Its neat and tidy plaza and white painted buildings brought us back to all of those cute Colombian pueblos that we loved so much. And if you’re into ruins, you’ll love it even more. Chachapoyas is not only blessed with dramatic sceneries, but it’s dotted with more ruins that you probably have time for.

One of the more famous ruins in Chachapoyas is Kuelap.

Now it takes a lot for me to be impressed by ruins. Ingapirca failed me on that count. But I have to admit that Kuelap is pretty impressive. The fact that the whole city of Kuelap was built on top of rock platform many men high is hard to imagine, even harder to describe, but I’ll try.

Think of a double layer wedding cake 600 m x 120 m (roughly) and about 20 m tall on each layer. But instead of flour and sugar, it’s filled solid with rocks and mortar. 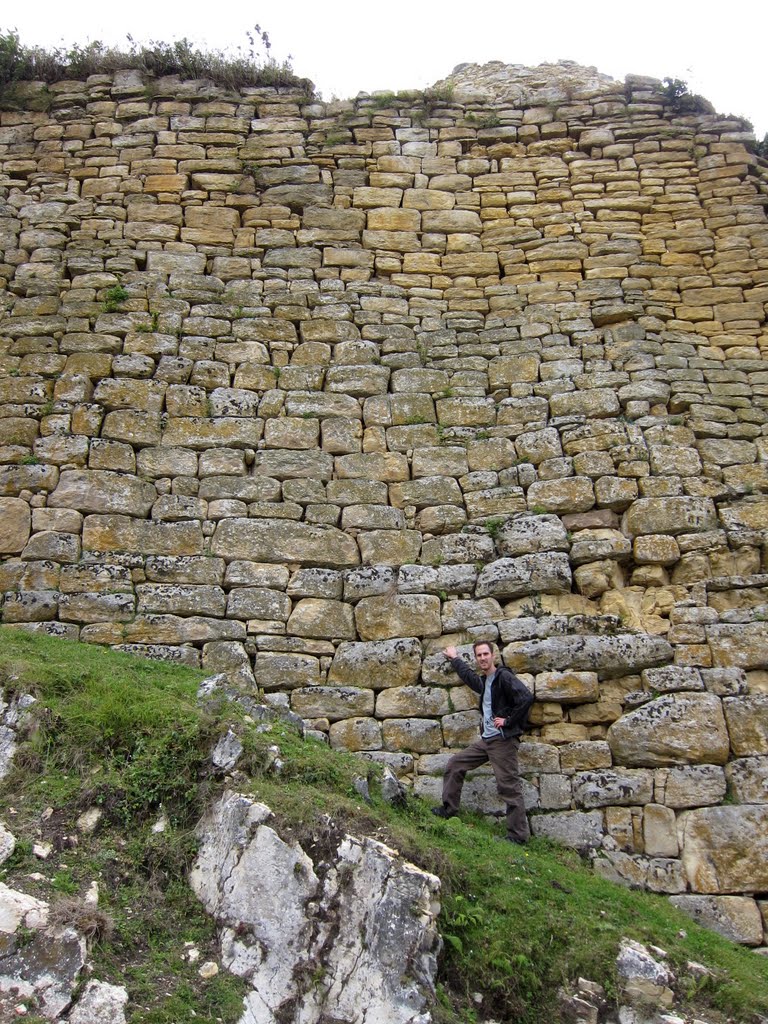 So, that picture above, that’s your first wedding cake tier – and imagine a whole village built on top of it. And on top of the first and the second tier – you have these roundhouses where people lived and did stuff. Over 420 of them. 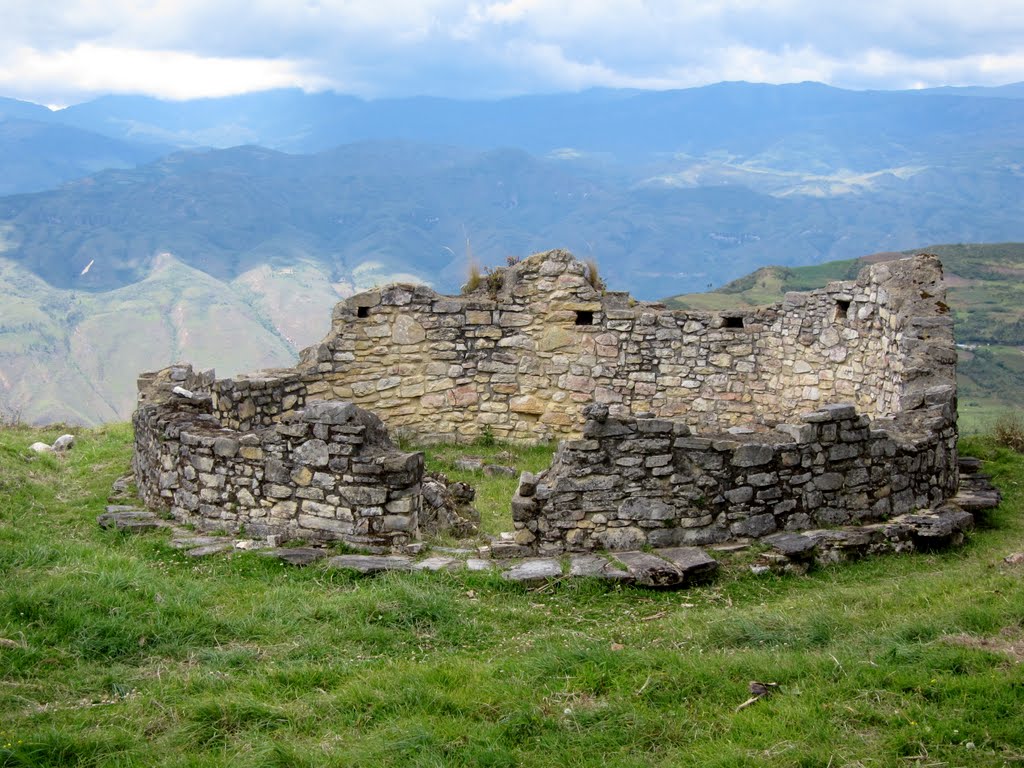 One of the roundhouse remains in Kuelap 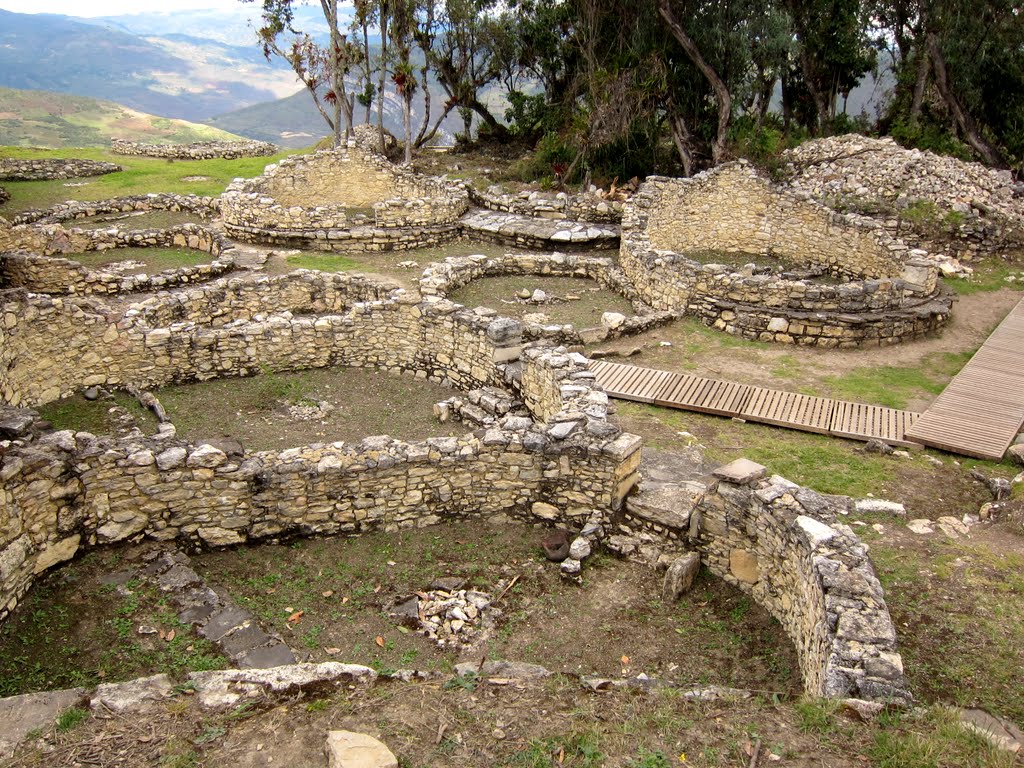 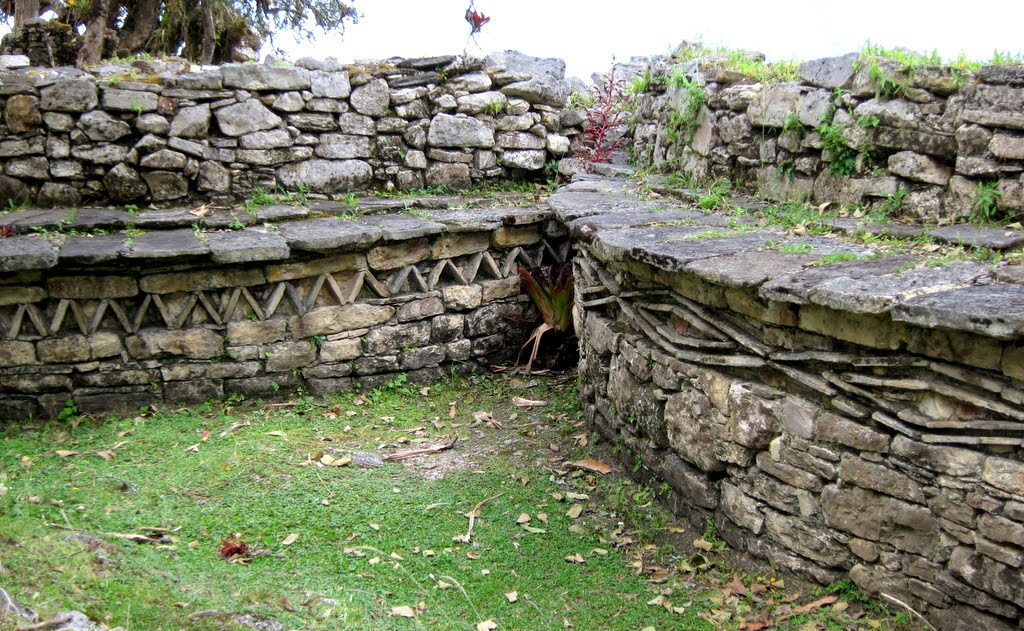 Decorations on the roundhouses in Kuelap

The whole reason behind the design was for protection. The entrance through the fortress allows only a single file to enter. Makes it easier to chop the enemies into pieces, I guess. 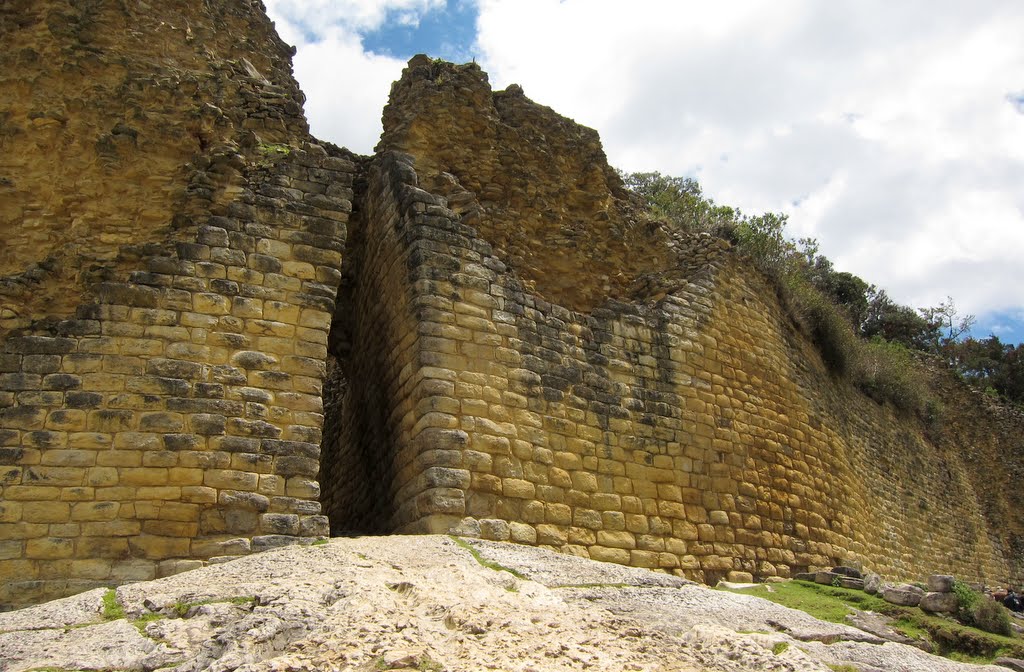 Side note: One of the tourists mentioned that the shape of the entrance looks like a female’s feminine part. Now I can’t seem to look at it the same way again. 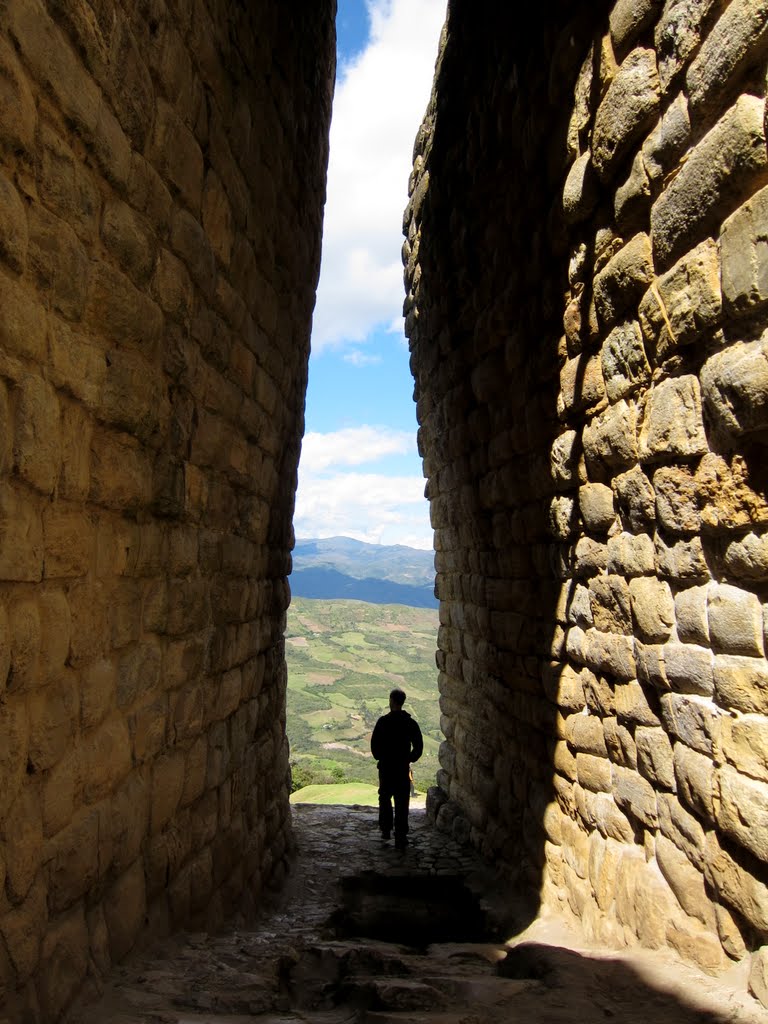 Jack at the entrance to Kuelap fortress, Chachapoyas, Peru

The strange part about the ancient city of Kuelap? Well, instead of testing this method of protection agains the Incas, the residents decided to burn, destroy and abandon the complex Before the Incas even made it there.

Which made me think – they built this awesome fortress/village based on the theory that it would be a great defense mechanism then decided they were too scared to fight for it.

Both Jack and I found the whole theory hard to swallow. But like everything else in this area, so little are known about these pre-Inca civilizations that theories are abound and often times conflicting each other. Carving on one of the blocks of Kuelap

But one thing for sure, they did choose a spot with an awesome view. 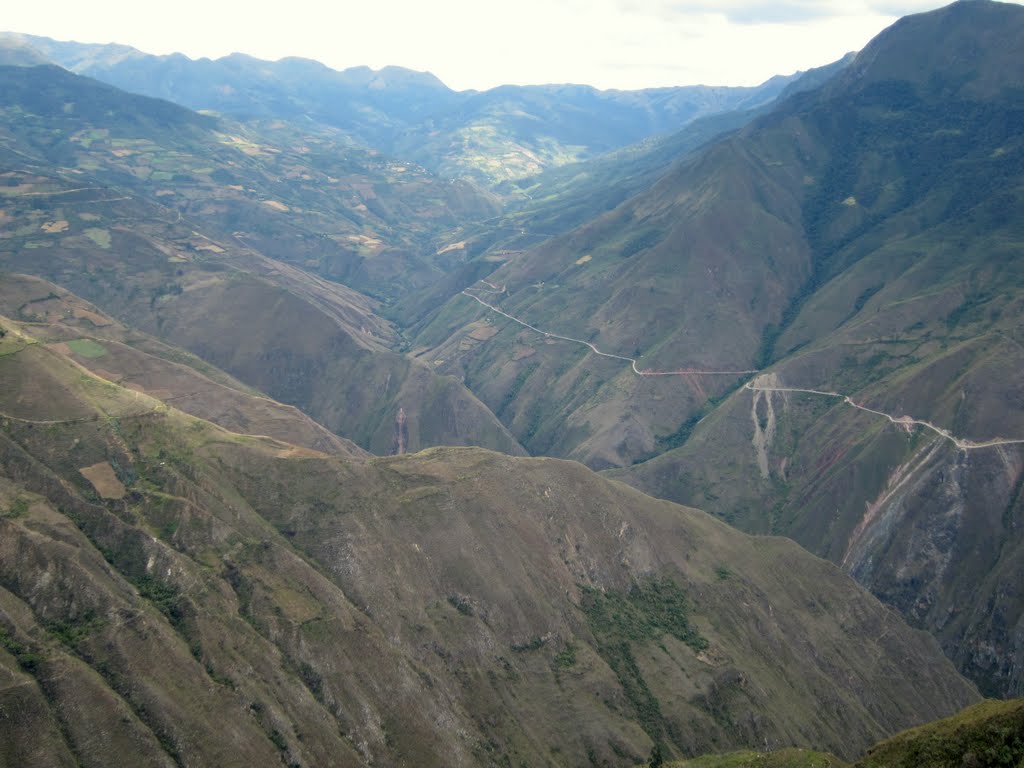 Btw, that's the road we took to get to Kuelap. It goes all the way theeeere to the end of the range and curve back.

Anyway, Kuelap and Chachapoyas turned out to be a great place to get used to this new country. The people are friendly, the sceneries are beautiful, and Chachapoyas not only have one but two vegetarian restaurants!

What a nice welcome to Peru.

Where to stay:
Hotel Revash – right by the plaza. 55 soles for a double room. Good wifi.
Where to eat:
“El Eden” vegetarian restaurant – set menu for lunch and dinner for 4 soles. When you exit Hotel Revash facing the plaza, walk to your right for half a block.