There aren’t that many places in the world where you can look down into an active lava lake, but one of them belongs to Erta Ale, Ethiopia’s active volcano found in the country’s remote corner called the Danakil. A visit to Erta Ale – and to the Danakil Depression in general – was the highlight of my time in Ethiopia. Looking into the surface of an active lava lake was like staring at the surface of the sun – it was mesmerizing and terrifying at the same time. It was such an incredible experience and the memory of it is something that would stay with me for a very long time.

How to Get to Erta Ale

It was 10 o’clock at night. Ten people were walking in the dark across the crater towards a smoking, red-glowing pit. Occasional headlights lighted the path they were on. Or lack of path. Shouts were heard when feet went through the fragile dried lava sheets, unable to the bear the weight of their owner. Further steps were taken with more caution than before, testing the ground before each step.

Coughing, yells of pain were heard before they barely reached the pit. When the smoke from the pit blew towards the group of people, their eyes watered, their throats itched, and their noses burned.

I had half a mind to turn around at this time. The sting on the eyes was too much, but what kept me going forward was the chorus of wonderment, of “Holy shit!” “Oh my god!” from those who already reached the pit.

I scrambled to follow, fighting the acrid smoke, and what I saw took my breath away. It was like staring at the surface of the sun, it was like the eye of Sauron itself… 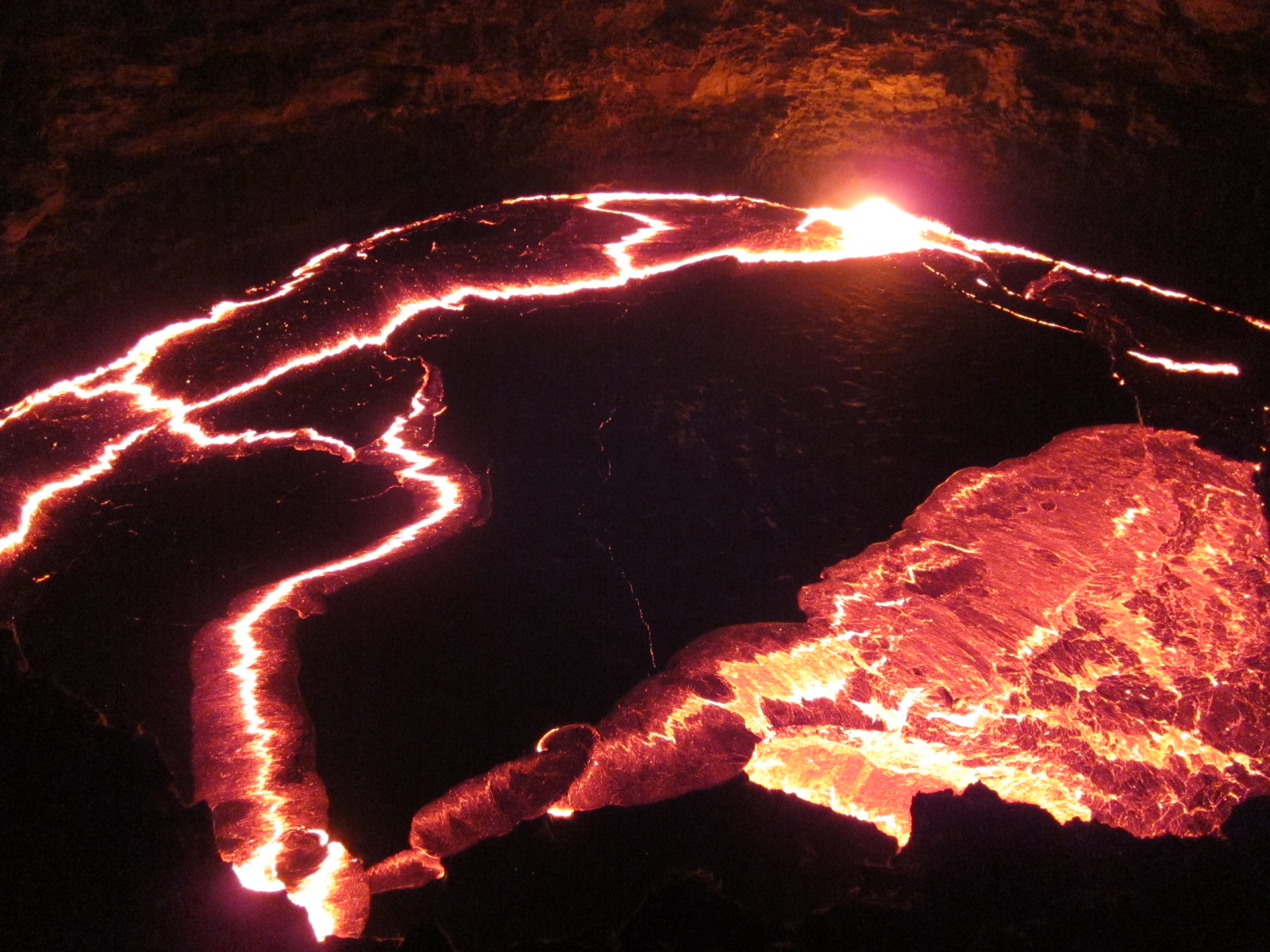 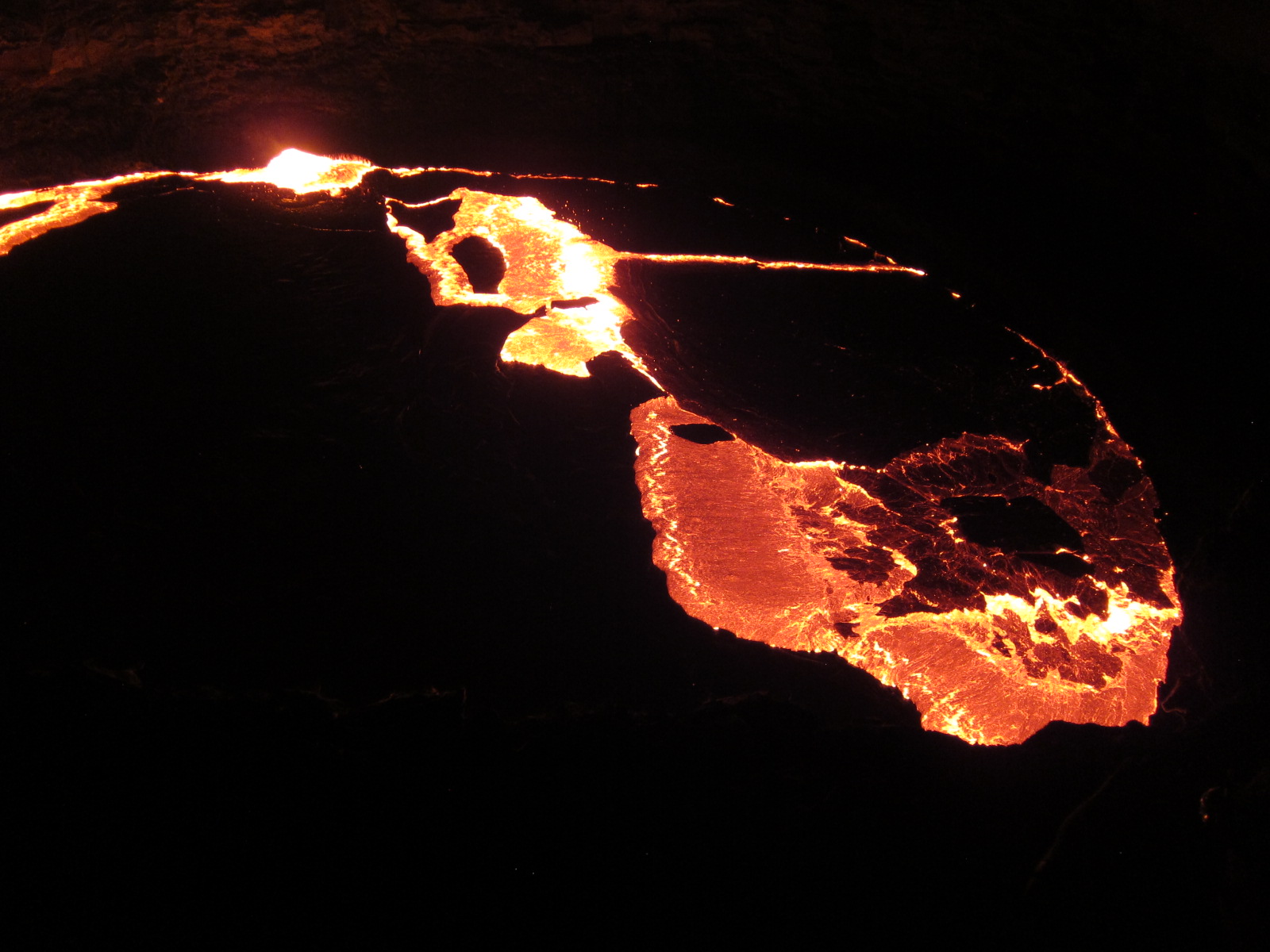 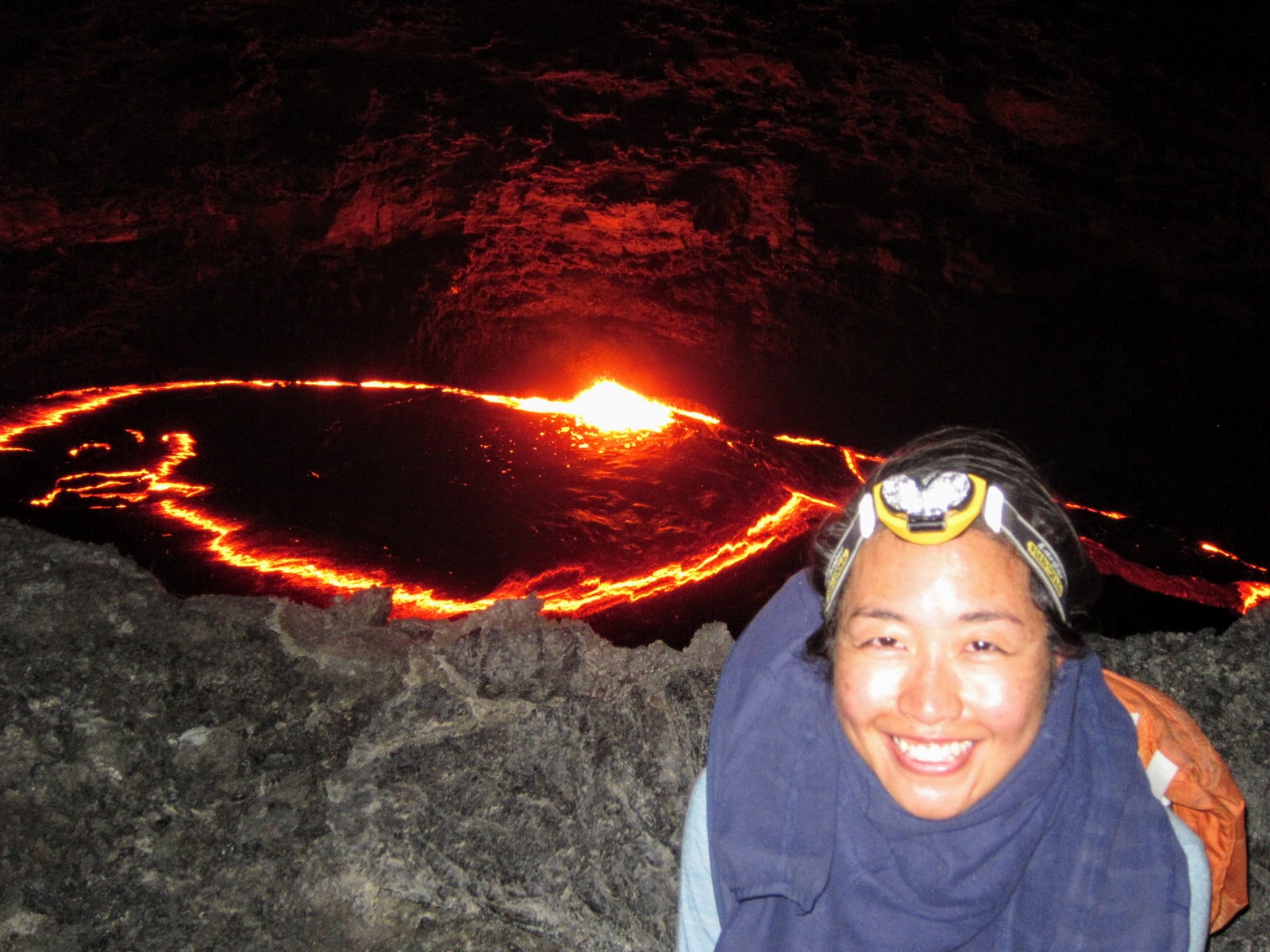 Having a hard time believing what I’m seeing.

The surface of the 60×100 m pool of lava seems to be alive. Bubbling in spots, the black crust was cracking and sinking in some areas, forming in others. The color where it’s the hottest, this bright yellow so intense that it’s almost white, was mesmerizing.

When the wind was blowing in our direction we would feel the intense heat and the acrid smell of sulfur that forced us to look away from the incredible sight below us.

I love how on the following video you could hear how we were all reduced into cursing – because what else can you do when something this amazing presents itself?

If you make it to Ethiopia, do yourself a favor and make sure to visit Erta Ale. You won’t regret it. I feel inadequate to describe this experience in words, but I remember feeling that it was one of those times I’m reminded how lucky I am to be alive and to be a witness to the spectacle in front of me. 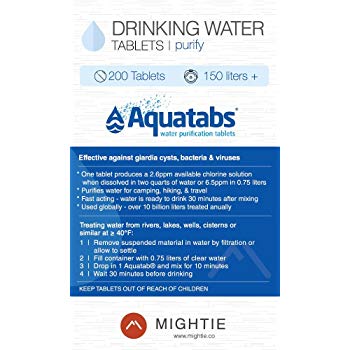 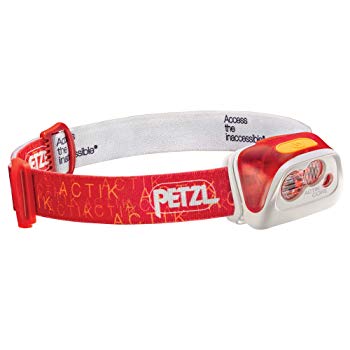 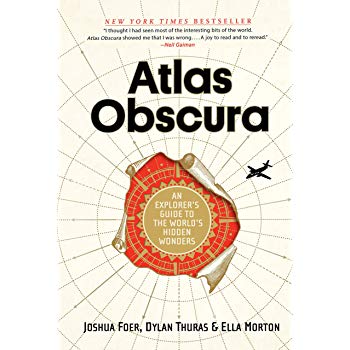