Roughly 7 hours after I left Ani, Turkey, I was finally in Georgia. No one can blame me for coming to Georgia without a plan. Knowing that I’d be without Internet once I crossed the border I’d written down a list of hotels in Akhaltsikhe, the first town in Georgia I planned to spend the night in.

I got off the bus and set out in search for the first hotel on my list. Immediately I found myself lost in a residential area with no hotels in sight. As I turned around I ran into a full bosom lady with a bad perm holding a Bible who chirped, “Guesthouse?”

Before I could answer she grabbed my arm and dragged me along the road I just came from.

Being the first time in a new country is always disorienting. So I let myself be dragged along in the hope that along the way I’d find a way to extricate myself from her. But I had no chance, shortly after she opened a blue unmarked gate that led to a small courtyard and showed me a room on the second floor she intended me to sleep in. 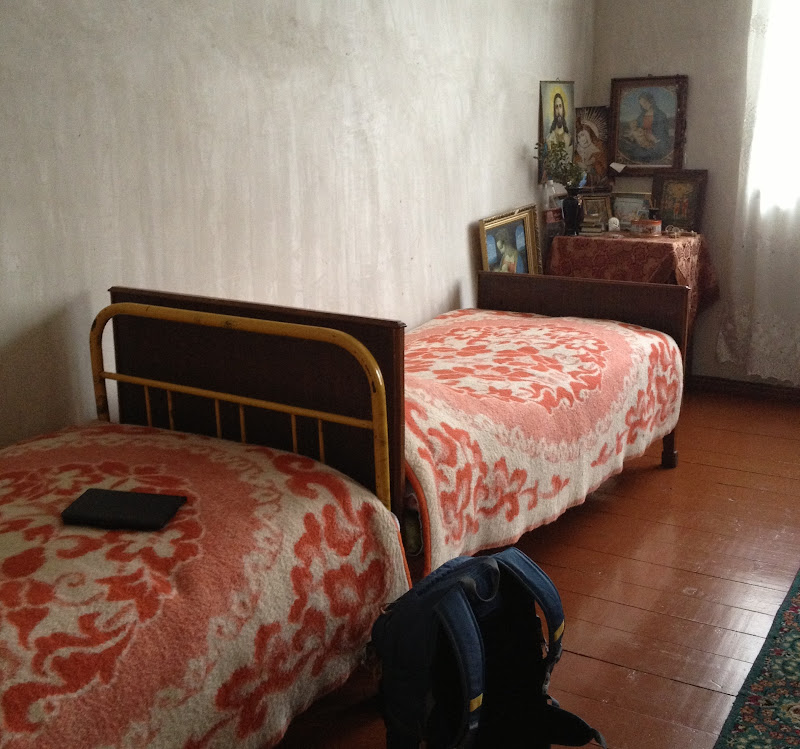 My room in a guesthouse in Akhaltsikhe

It was a large empty room lined with beds on all sides. In one corner was a shrine to some religious characters. In general, it wasn’t too shabby and the price was right. 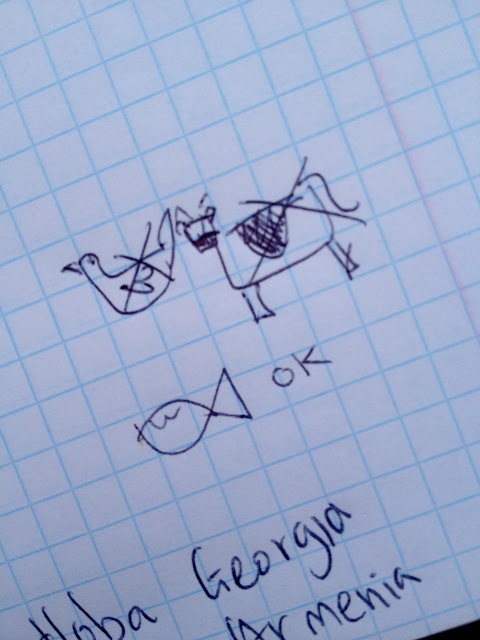 We celebrated my decision to stay by eating cakes.

During this cake eating moment, we were joined by her husband and another lady who turned out to be a doctor making a house call. Right there by the dining table, by the little plates with half-eaten cakes and tea-filled cups, she then proceeded to give the husband a medical check up.

I’m not going to lie here. I was getting a little weirded out. Here I was eating a cake and next to me was an adult male having his neck, eyes, and ears prodded and looked at.

There’s only so much culture shock one can take within a couple of hours of arriving in a new country, and before dinner too!

When the husband started taking his shirt off presumably so the doctor could listen to his heartbeat, I thought that it was about time I took my leave.

I decided to make my way up the hill towards a shining dome I spotted earlier when I got off the bus. As I climbed the hill, passing strangely empty-looking and very clean houses, the structure became clearer. It looked a fortress! How exciting! 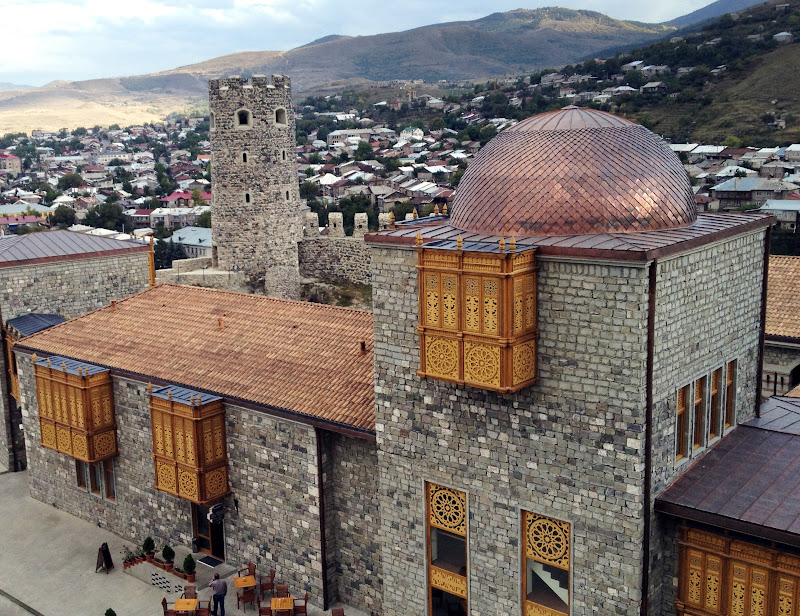 I passed through the arched gate, smiling at the standing guards expecting to be stopped or hailed. Or something. They simply nodded back. I thought “I’m just going to keep walking until somebody stops me.” But nobody ever did.

My first thought was it must’ve been a palace or a museum of some sort. But security was so lax I started to wonder if it was some sort of Renaissance-themed amusement park. The buildings were of various styles – this one wouldn’t have been out of place in Thailand. 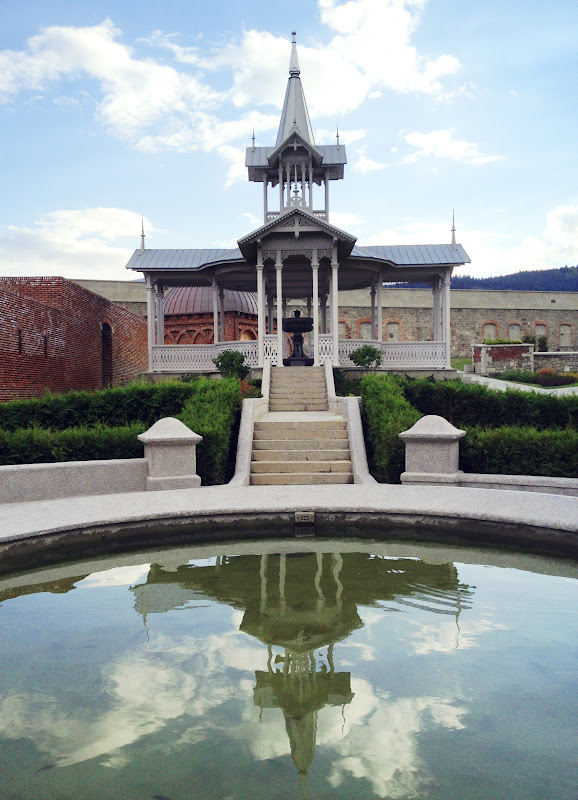 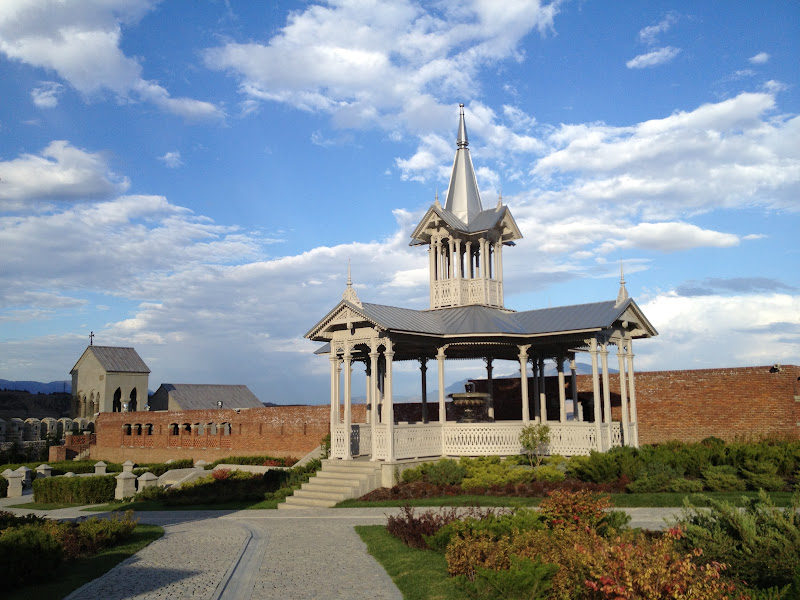 Where am I again? 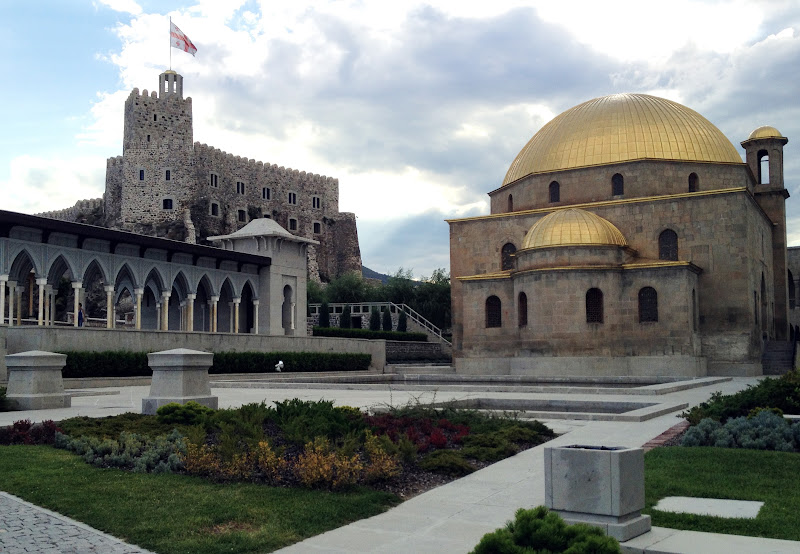 The main courtyard of Rabati Castle 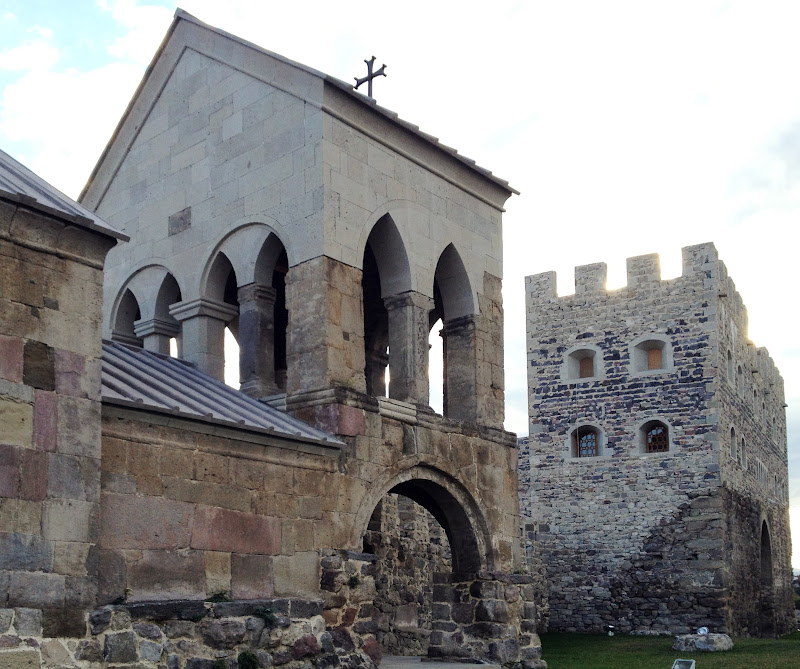 Everything felt spanking new. Dust-free. Trash-free. Scuff-free. What is this place? 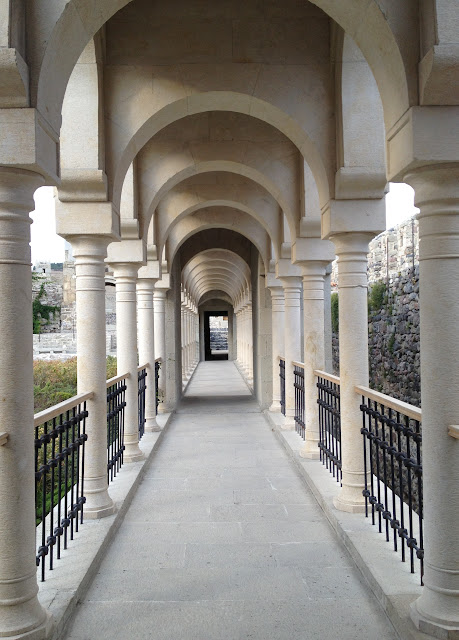 The never ending hallway in Rabati 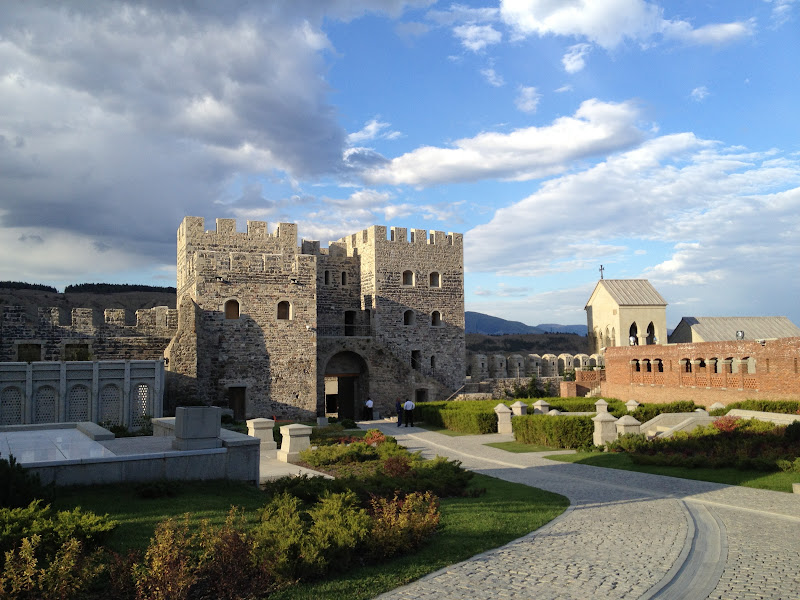 The entrance to Akhaltsikhe Castle and manicured gardens

Trying to figure out what this place was just made the exploration even more fun. I found myself frolicking among landscaped gardens and pools with fountains, climbing towers, and running through endless halls. I climbed to the highest point where a view overlooking the city below greeted me. I imagined that was what being a princess would feel like. The Rabati Castle complex from above 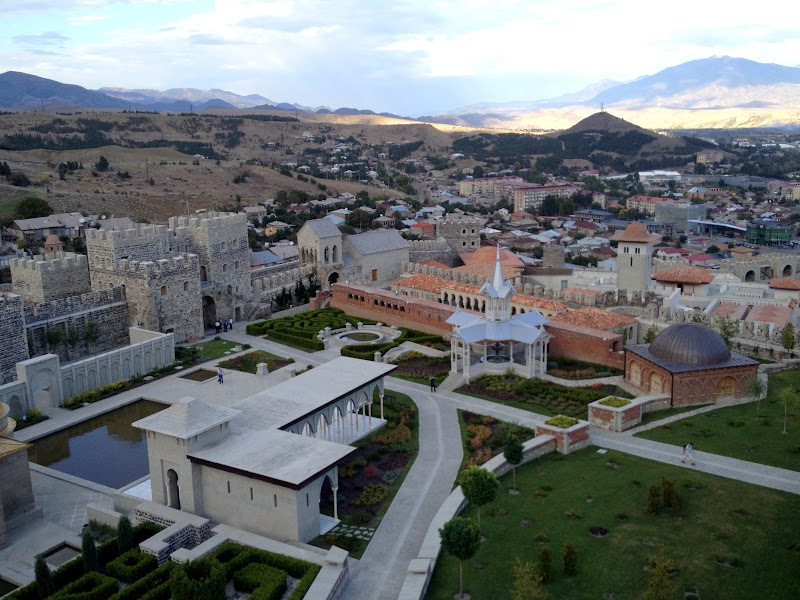 More of the Rabati Castle complex from above

I stayed to explore until the sun was low in the horizon before finding my way back to my guesthouse. Thankfully, the doctor was nowhere in sight.

—
So yeah my first 10 hours in Georgia was quite memorable. I took it as a sign that Georgia was going to be anything but boring.

So of course the first thing I did after I got Internet was to find out more about Akhaltsikhe.

The palace that I was frolicking around in turned out to be Akhaltsikhe Castle or Rabati Castle. It has undergone a massive restoration that was finished sometime in 2012 which explained the ‘brand new’ feel of the place. The massive complex includes a museum (supposedly a very good one) as well as a synagogue, a mosque, and a church which was supposed to symbolize Akhaltsikhe’s role as the crossing point of different cultures and religions in history due to its location.

How to get to Akhaltsikhe from Turkey?
Read the bottom of this post on how to do the border crossing through Posof. 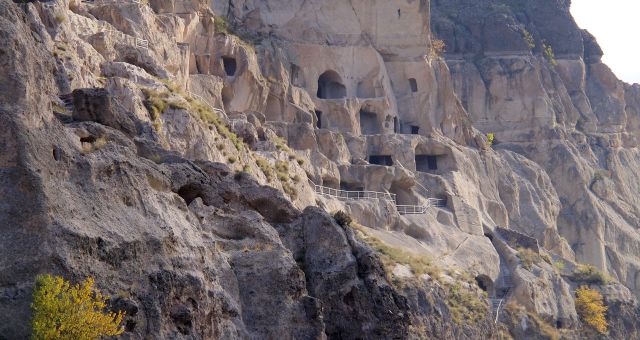 Vardzia, A Cave City in Pictures