Climbing Smith Rock – One of the 7 Wonders of Oregon

One thing I love about climbing is that it takes me to beautiful and often remote places I’d never have gone or even heard of otherwise. Yosemite’s backcountry, Bugaboos Provincial Park, are some examples that come to mind. Smith Rock is one of those places.

Jack and I, managed to get 8 of our climbing friends, to go on climbing trip to Smith Rock over Memorial Day weekend.

Little known outside climbing community and Oregonians, Smith Rock State Park in Western Oregon had the kind of sceneries that leave you bug-eyed and slack-jawed.

On our hike down to the river valley, someone asked, “Is this man-made?” I guess the view was so picture perfect one had to wonder. The green river bank stands in contrast with the ochre-colored rock. The jagged peaks. The sharp u-shaped course of the river that surrounds the rock formation.

“It’s so gorgeous,” I gushed over and over. 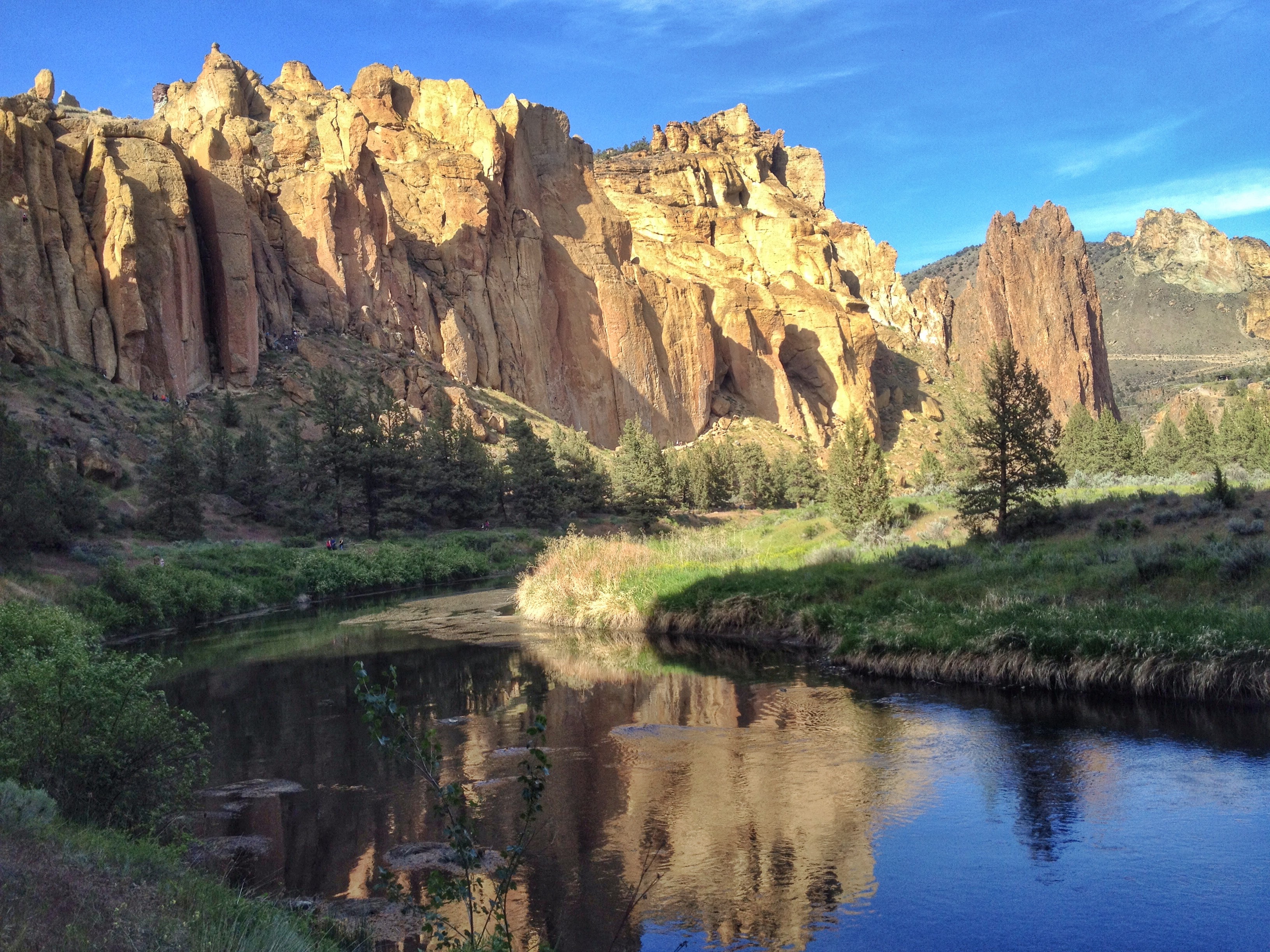 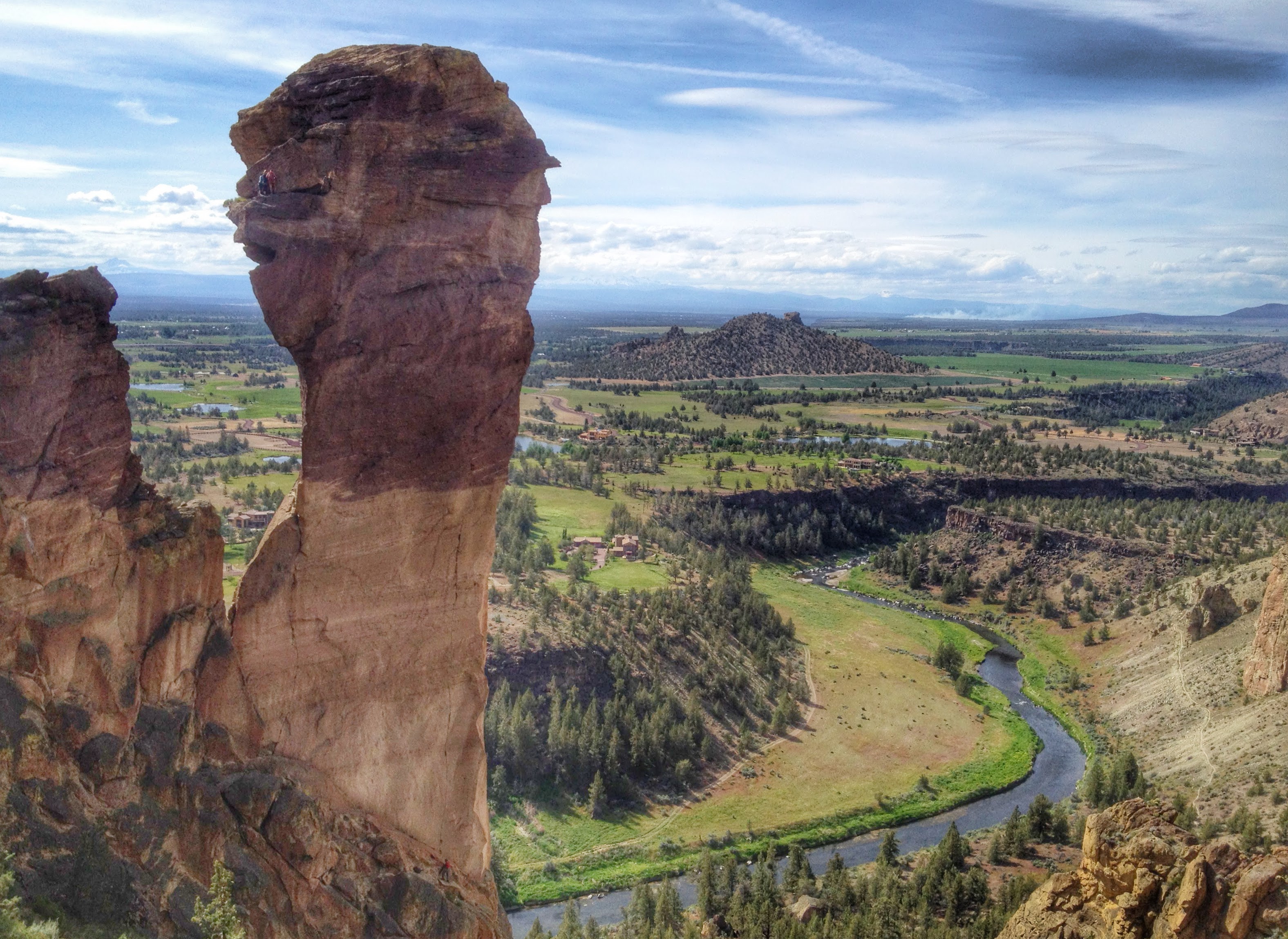 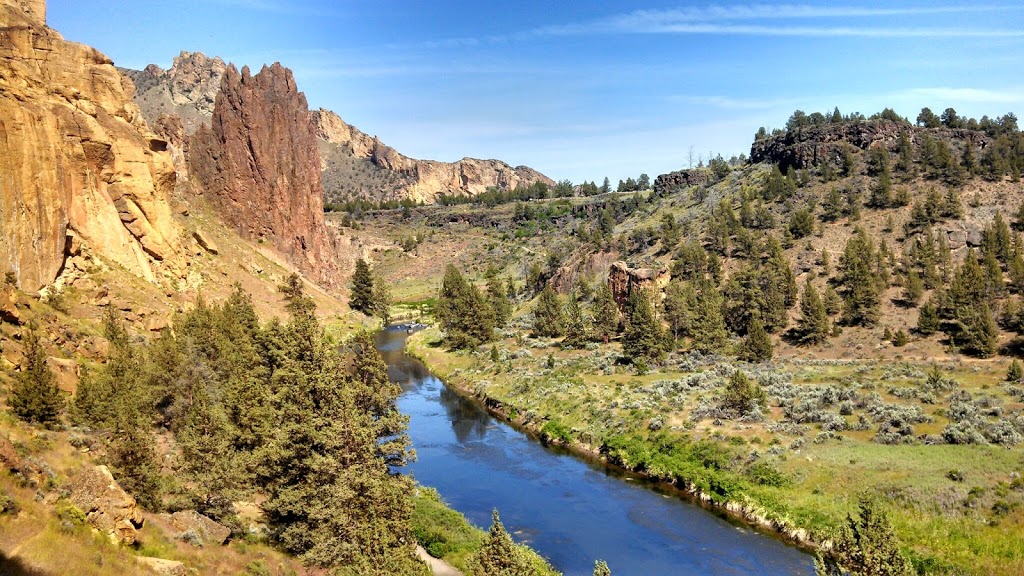 Despite the Memorial Day weekend crowd, our group made the best of it and managed to get a lot of climbing in.

Surprisingly, even though Smith Rock is known mostly as sport climbing haven, about equal number of routes are mixed or even full on trad routes. 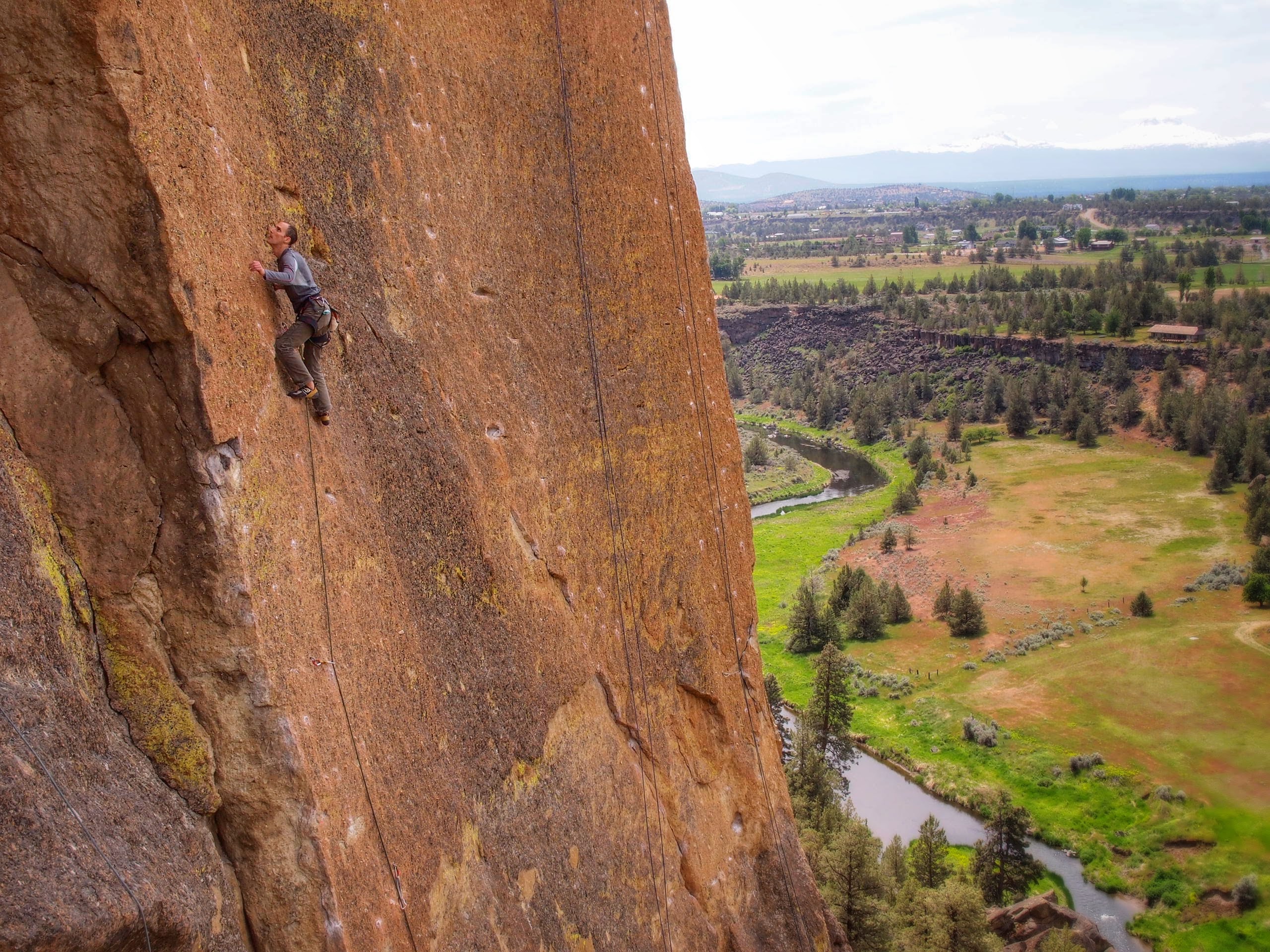 Jack on a climbing route 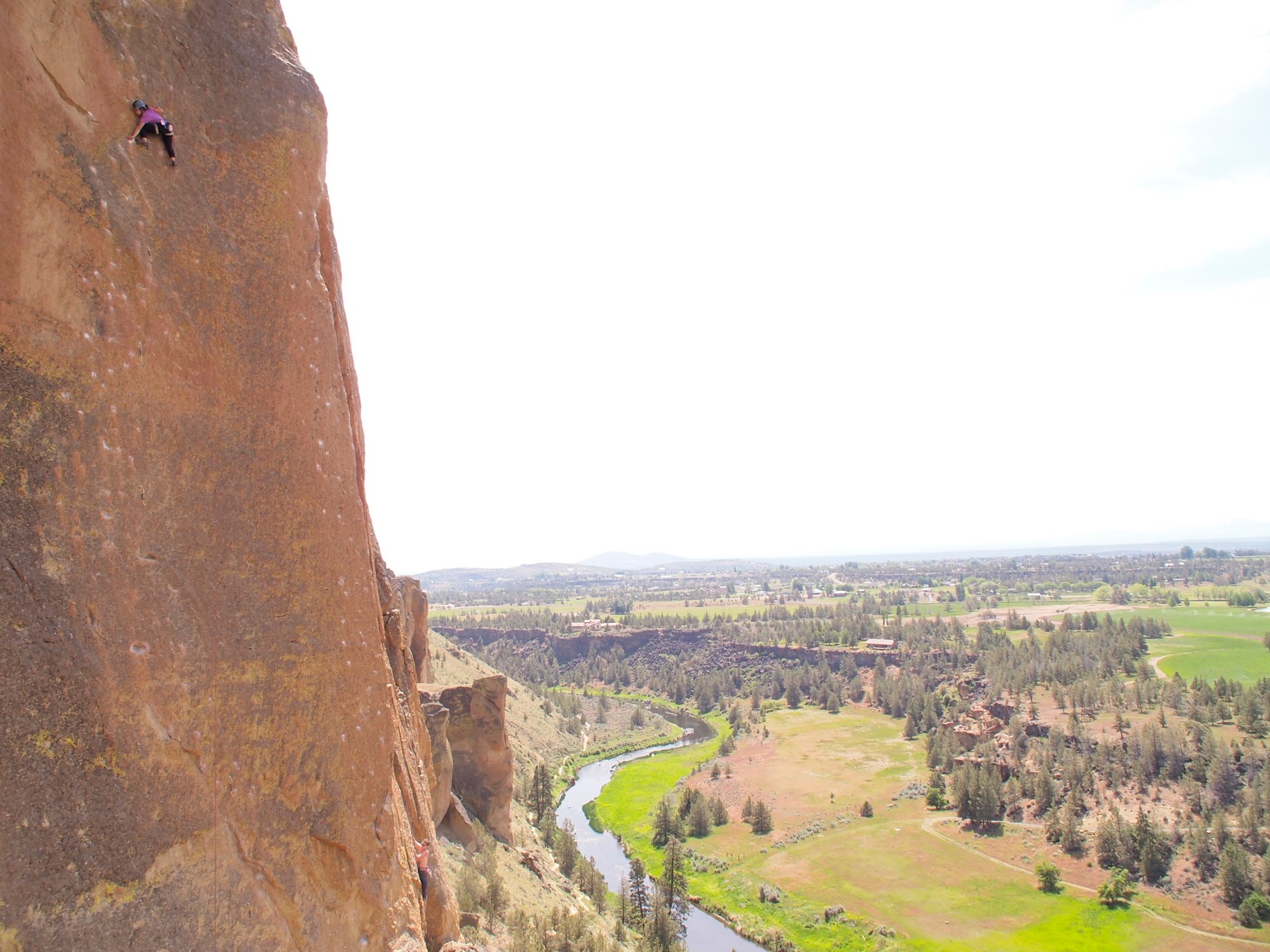 Truly one of the best sport climbing spots in the US!

I’ve always been a timid leader, but on this trip I felt like I was finally getting over my timidity. I led more routes than I’ve ever done in the past. For new leaders out there, here’s a tip: climb with a group, nothing like peer pressure to get you up on those routes, I swear 🙂

The climbing involves standing and pulling on tiny edges and nubbins. Many times I thought to myself, “There is NO WAY this will hold,” but amazingly they did.

I could’ve stayed for much longer than the 4 days we were there. There were still unexplored areas and hundreds more climbing routes.

I couldn’t say the same about the skins on my fingers though. Ouch. Did I mention those tiny nubbins were sharp? 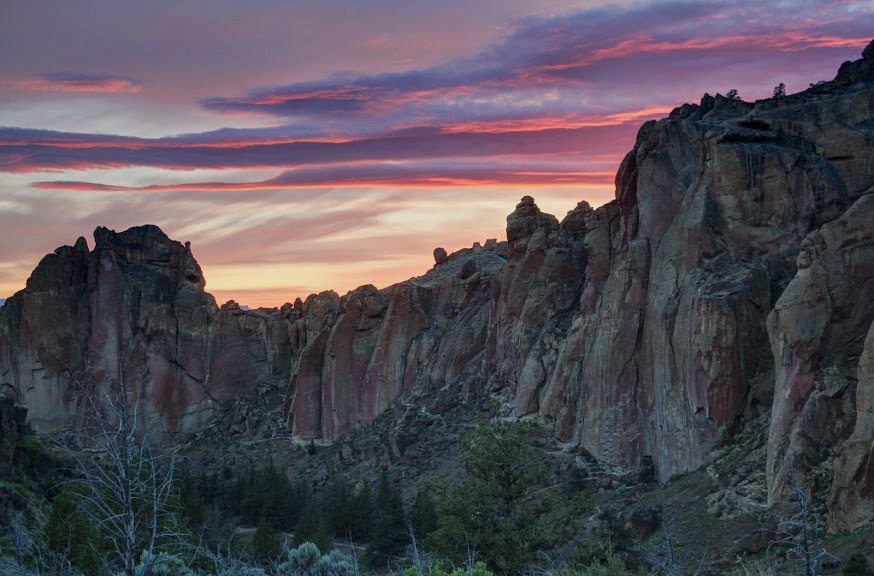 I’m seriously impressed with Smith Rock. It’s the most scenic State Park that I’ve ever been.

Smith Rock is about 2 hour drive from Portland. The nearest ‘big’ town is Bend with its multitude of breweries and restaurants, while the nearest airport is Richmond.

Camping info: there’s the busy bivy campsite just within the park. Hot showers are available for $2. About 8 miles further is an alternative campsite called Skull Hollow where we stayed. 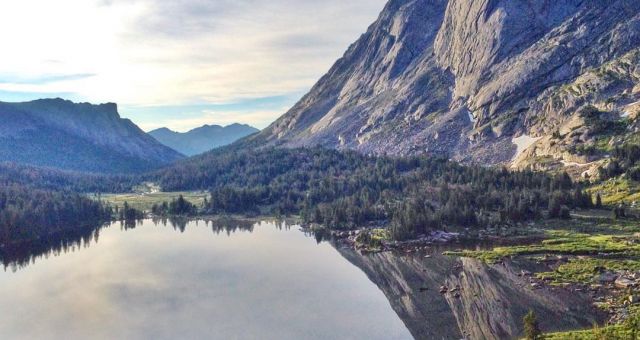 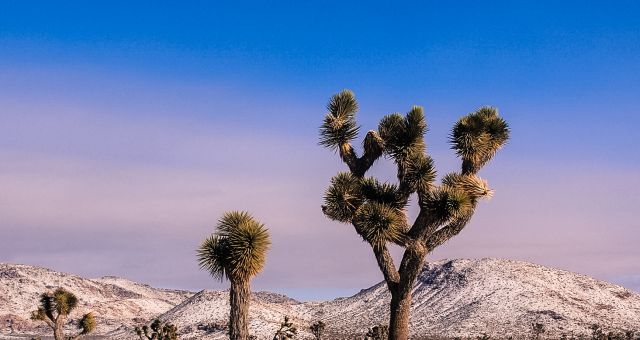