Ruins of Chellah – Where Cats and Storks Roam Free

The first thing we noticed about the ruins of Chellah in Rabat is not the ruins itself, but the friendly community of resident cats who greeted us on the path towards the ruins. 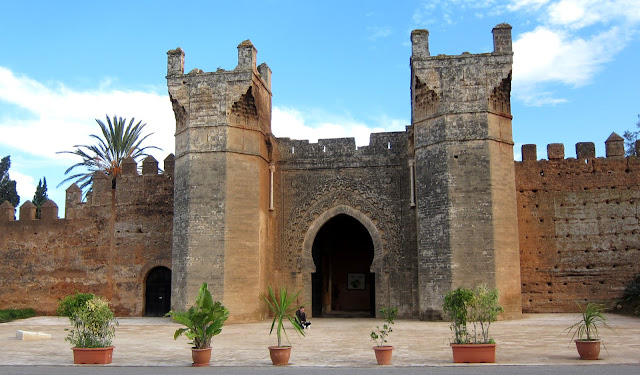 You can sort of see it, Jack greeting the first welcoming kitty comittee

To greet and cuddle every single one of these cats, as one can imagine, makes for a very slow going. But as animal lovers (who miss having cats terribly), how could we not do it? Unless some of the cats in the medina, these ones look like they’re well taken care of. That fact alone makes us feel like our 10 Dirham entrance fee is worth it.

The second thing we noticed was the staccato sound that the storks made. Yes. Storks.

A group of storks have taken over the ruins. They’ve built nests on top of the prayer tower and on any tall structures: trees, crumbling walls, etc. The more you look the more nests you noticed. It seems that while the cats have taken over the ground, the storks (and other birds) have taken complete and absolute control of the trees.

It was quite an impressive sight.

But even if you’re not a cat lover or are not easily impressed by birds – the ruins of Chellah is still worth your time. It’s definitely the highlight of our short visit to Rabat.

The setting of Chellah is what makes it so magical!

As you enter the area, you walk through a lush and well-tended garden. You’re free to walk around the ruins that are scattered on a grassy plain. Most of the ruins take some imagination to make out but some structures are left surprisingly intact.

Like this prayer tower, complete with the stork nests. 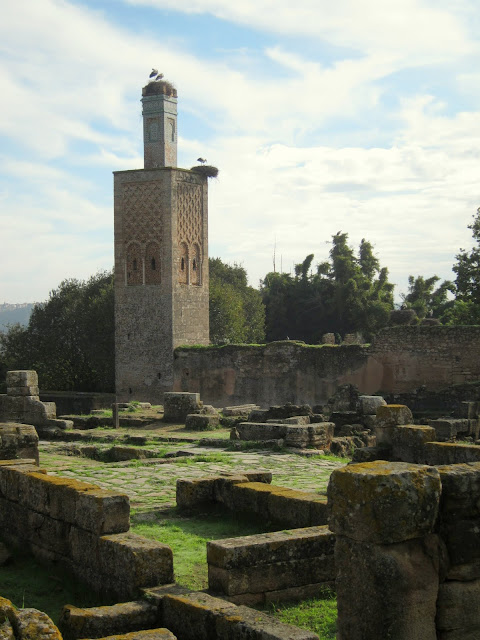 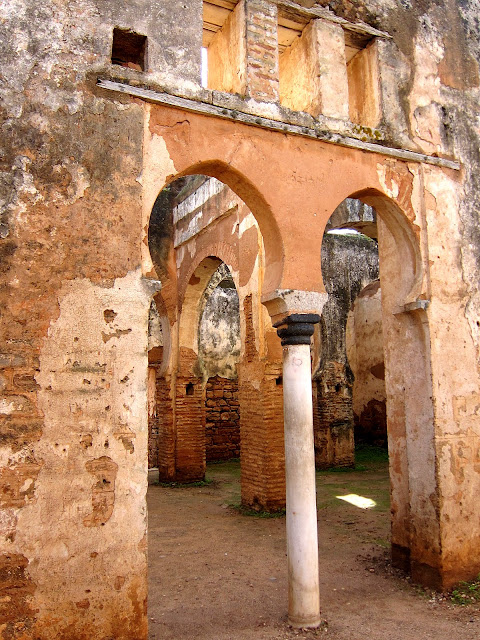 To wander around the ruins by ourselves, accompanied only by cats and the sound of storks’ calling and flapping of wings made for a peaceful way to spend the morning. 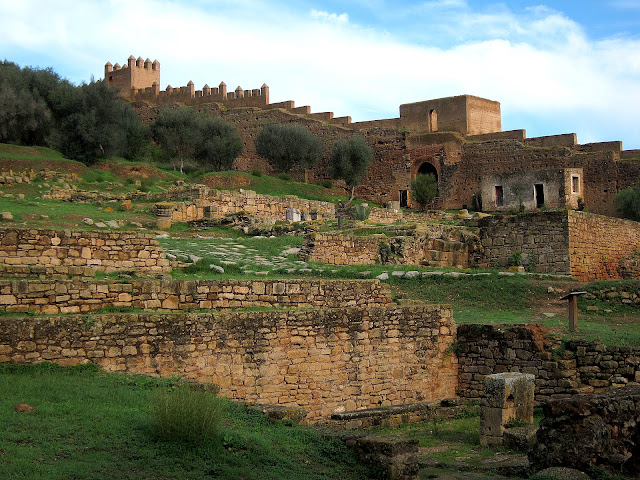 So, what’s the story behind Chellah, anyway?

The Roman built this as a city back in the 40 AD only to abandon it less than 100 years later. Sometime in 14th century, a Moroccan sultan thought, ‘Hey, why not build upon these ruins?” and added buildings such as a mosque (and thus the prayer tower), a school and tombs. Unfortunately, an earthquake 1700’s destroyed the site.

It is now currently an event venue for concerts (such as the Jazz Festival ‘Jazz au Chellah’), and of course a playing ground for the cats and the storks.

If you find yourself in Rabat, take the 10 minute cab ride to Chellah. Promise that it’ll be worth your time (coming from ruin non-enthusiasts like us, this is big). Come by in the morning to have the place for yourself.

And do greet the cats. They’re very friendly. 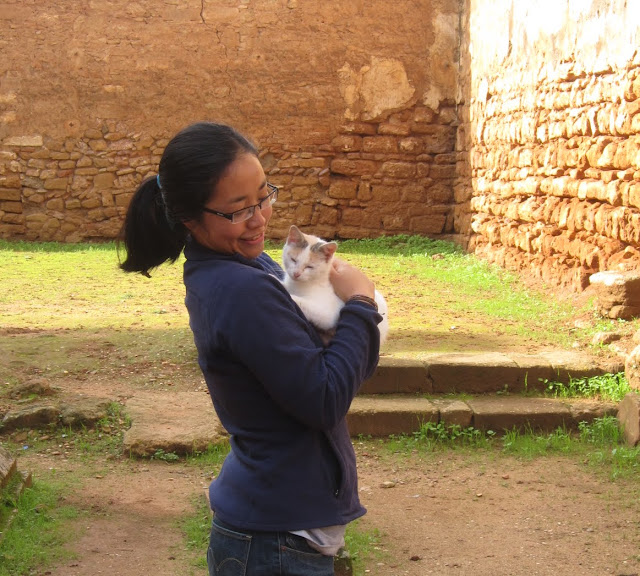 This kitty likes to be carried around!